Home » Mom writes of agony on raising Black son amid racial violence: 'A loss of innocence' 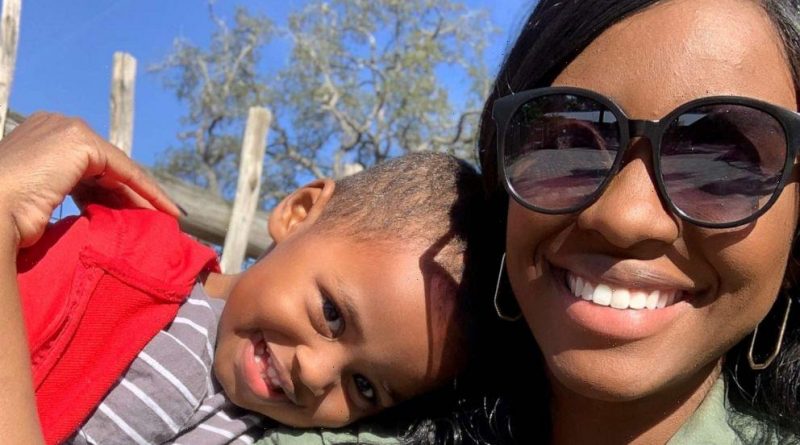 A Florida mom is speaking out about her pain and fear of raising a Black son in the United States, amid a police killings of mostly Black men and racial unrest.

Danielle Bayard Jackson, 33, of Tampa, said she was with her 2-year-old son Elijah at a local restaurant and outdoor play area over the weekend when she witnessed how a white family interacted with her son.

According to Jackson, when Elijah began playing with the family’s young daughter, the girl went over to her parents and pointed a finger at Elijah and told them he was following her.

How fathers are teaching kids about racism and privilege

What Chadwick Boseman meant to me: 5 Black families reflect on 'Black Panther' star's legacy and the power of representation

Jackson said the parents’ reaction was to reach out to their daughter and say, ‘Come, stay close,’ as they moved away from Elijah.

“It was just this moment that signified a shift,” Jackson, told “Good Morning America.” “I think that all Black moms know exactly what I’m talking about but it might be hard for others to recognize.”

“It was a dreaded milestone unfortunately for a young Black boy, when they go from being seen as cute to when people start to clutch their purse or walk on the other side of the street and point to them and make accusations and you never know when that’s going to happen,” she said. “The incident was a realization that it’s already happening to Elijah. It’s a loss of innocence.”

The moment was especially devastating for Jackson as it came against a backdrop of two high-profile police killings of Black men in the news. That same weekend, Daunte Wright, a 20-year-old Black man, was fatally shot by a white police officer in Minnesota.

The officer, Kim Potter, 48, said she meant to deploy her Taser instead of her gun when she fatally shot Wright in his car, according to former Brooklyn Center Police Chief Tim Gannon. Two days after the incident, both she and Gannon resigned, and Potter has since been charged with second-degree manslaughter.

Just miles away from that fatal shooting, the murder trial of former Minneapolis police officer Derek Chauvin is underway. Chauvin is accused of killing George Floyd, a Black man whom he is accused of pinning down with his knee on Floyd’s neck for nine minutes.

Video shared after Floyd’s death showed him calling out for his mom in his final moments. In the case of Wright, the last phone call he made was to his mom, whom he called when police pulled him over.

Jackson, a professional friendship coach who also owns her own public relations firm, shared the experience of her son on social media because she said she wants people to see what she describes as a direct link between what happened to Elijah and what later happens to adult Black men like Floyd and Wright.

“Until we start making the connection, I can’t feel as hopeful about us healing as a country,” she said. “Until we start connecting small moments like that to the big things we’re seeing, then we’re not going to get better.”

Jackson said part of that missed connection is what she saw as a “missed learning opportunity” from the parents of the young girl who pointed at Elijah.

“They looked at my son, they looked at me and they kind of reached out to her and said, ‘Come on, stay close,’ confirming her unwarranted fear of him, when they could have said, ‘Oh baby, he’s just looking for a friend. Go play,'” she said. “Moments after, a white child walked by and she waved hello and the girl waved hello and the parents all made eye contact and chuckled with each other.”

Jackson said she felt devastated after the incident and described the kind of “unspoken language” Black mothers have about seeing “the shift” that happens with how their sons are viewed in the world.

“We often say that childhood is a luxury for young Black kids,” Jackson added. ‘They don’t get to be silly and loud and wild and free kids because it can always be mistaken as something else.”

Meiners’ painting is an adaptation of Norman Rockwell’s 1943 painting “Freedom from Fear” that shows white parents tucking their children into bed.

“To all of the African-American and Black Mothers out there —- I made this for you,” Meiners wrote on Instagram. “I see you, I hear you and I feel for you.”