The glitz and glamour of the Riviera were recreated at last nights Rose Ball, as Monaco’s royal family honoured the late Karl Lagerfeld’s creation.

The ‘Riveria’ concept was designed by late family friend of the family, Karl Lagerfeld, with this year marking the first time since his death that the event was hosted.

The most glamorous of Monaco’s royals attended the event, dripping in glamour and jewelry.

Princess Caroline, who designed the concept of the event with the late fashion powerhouse, looked somber as she posed for pictures at the ball. 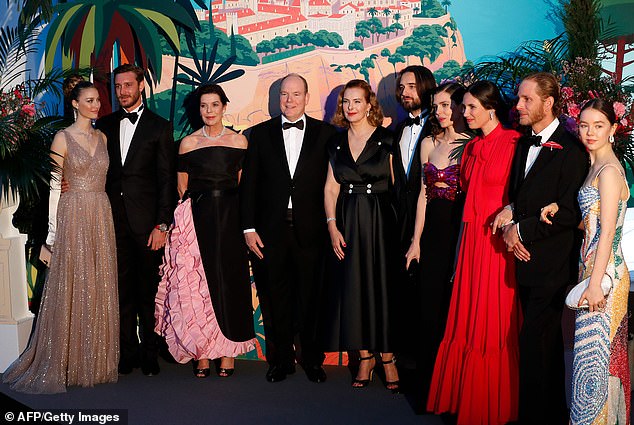 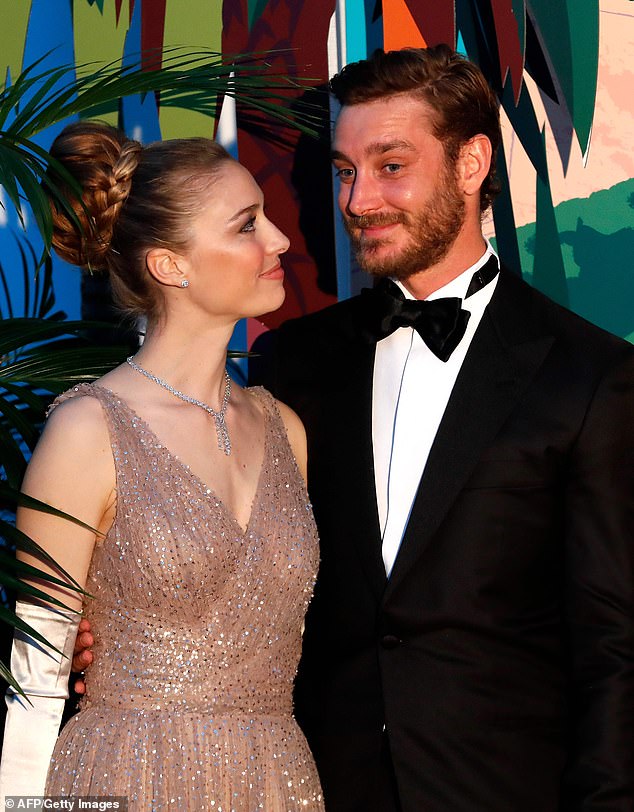 Charlotte Casiraghi, 32, the daughter of Princess Caroline of Monaco and the late Stefano Casiraghi, an Italian industrialist, lead the glamour in a sexy sequin bustier top.

Pierre Casiraghi and his wife Countess Beatrice Borromeo joined the couple in their high glamour looks.

The couple looked loved up as they arrived at the event, with Beatrice gazing up at her husband passionately. 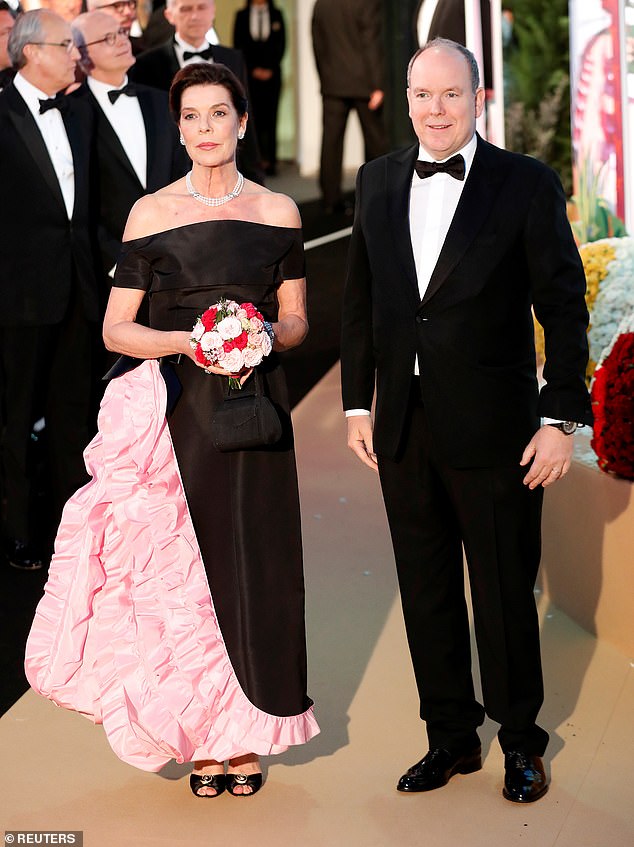 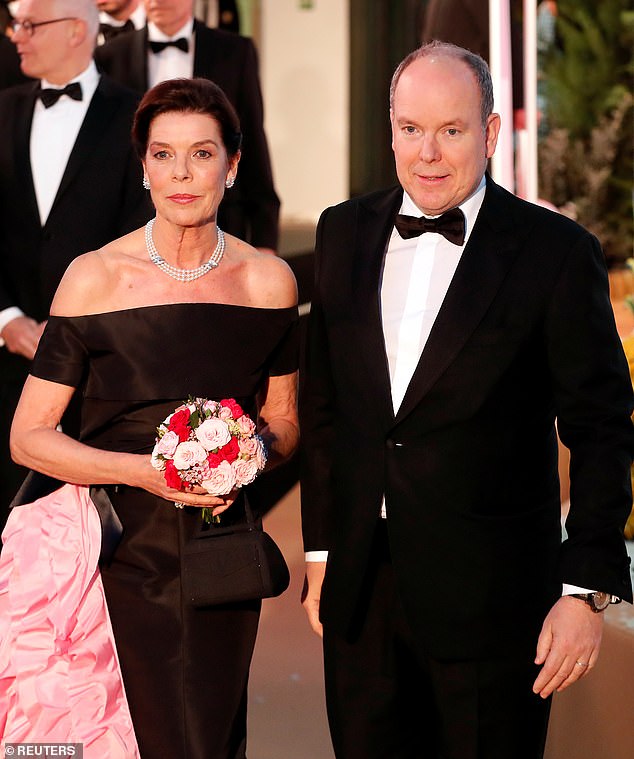 Princess Caroline, who designed the concept for the evening with the help of late family friend Karl Lagerfeld, looked somber as she arrived 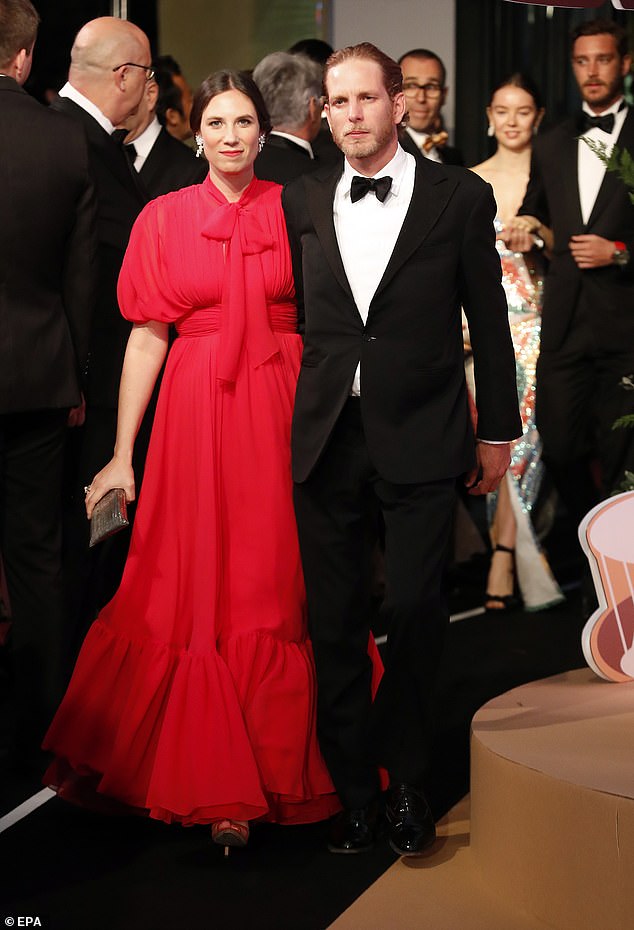 Socialite Tatiana Santo Domingo stood out in a bold red dress, and matched it was sparkly silver earrings and a silver clutch.

Meanwhile Princess Caroline, arrived wearing a black dress, with pink ruffles and hold a bunch of flowers. Prince Albert II of Monaco was by her side in a smart tux.

Family friend Karl Lagerfeld designed this year’s ball which was themed around the Riveria. 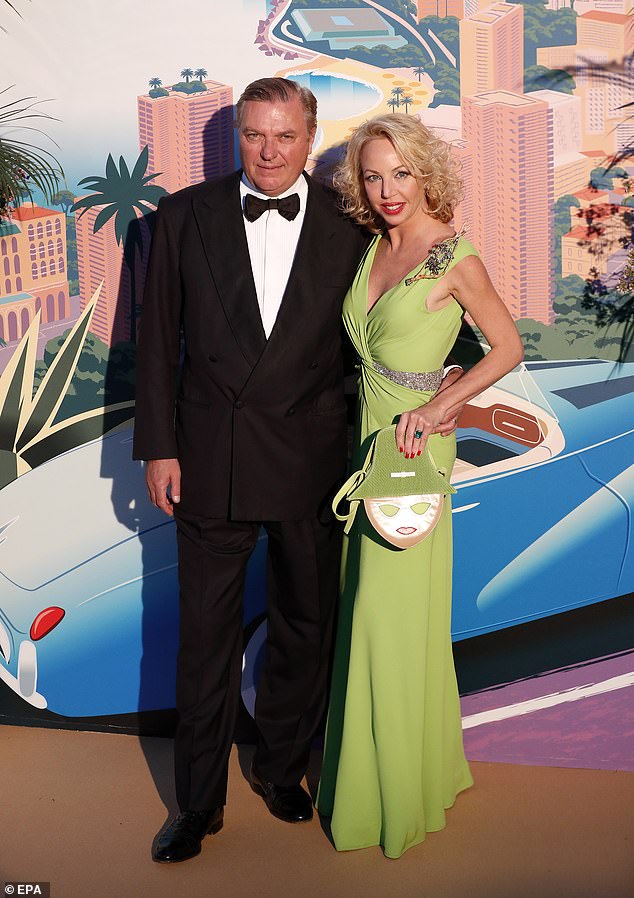 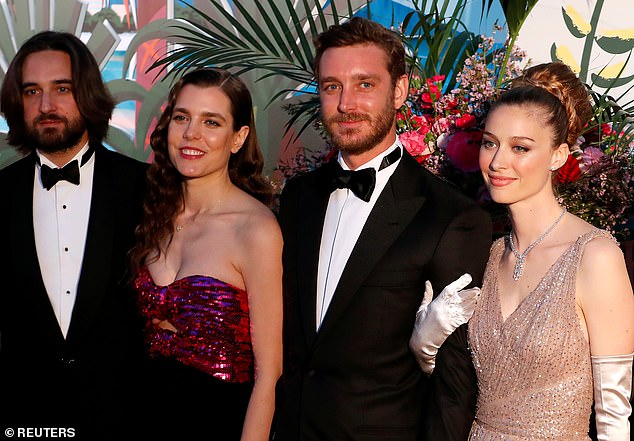 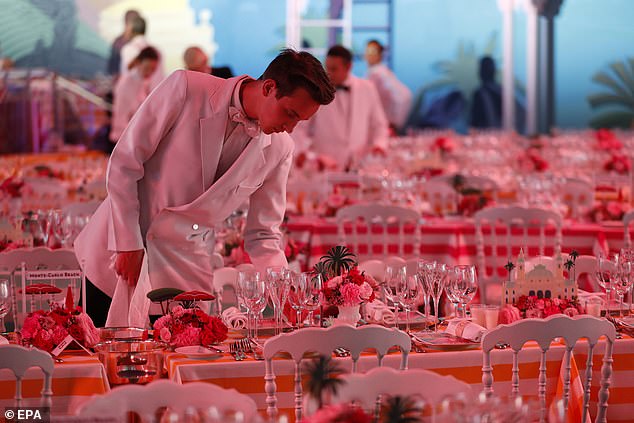 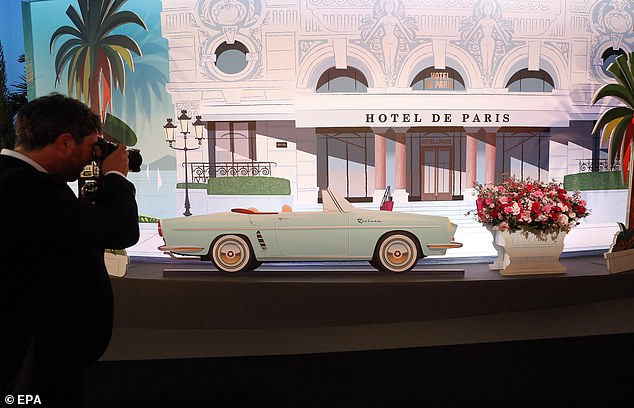 It is the first time the Rose Ball has been thrown since his death in February, with the late fashion legend designing the event around the theme Riveria.

The event featured a huge dance floor featuring the image of a woman emerging from a swimming pool.

Stars posed in front of colourful backdrops, with bold scenes of the Riveria painted behind them. 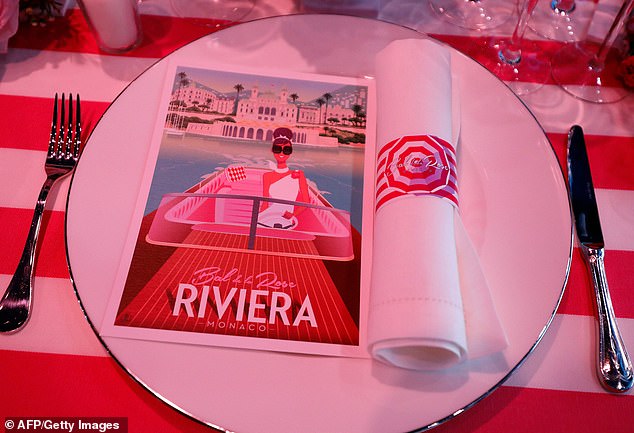 A close up of the table settings: every detail had been thought of at the ball, which costs €800 a ticket 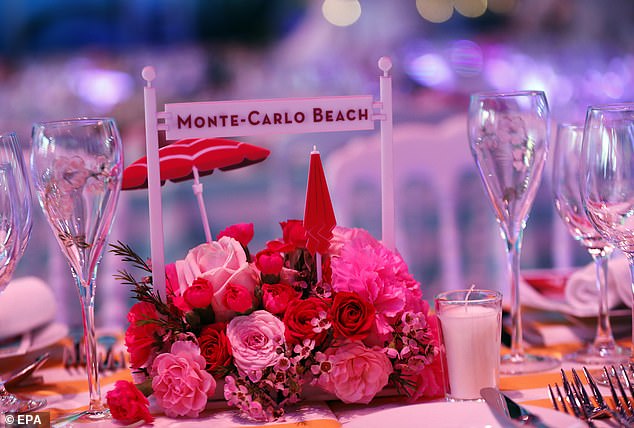 One of the table decorations that featured at the event, designed by Karl Lagerfeld. Each decoration celebrated an aspect of Monte Carlo culture 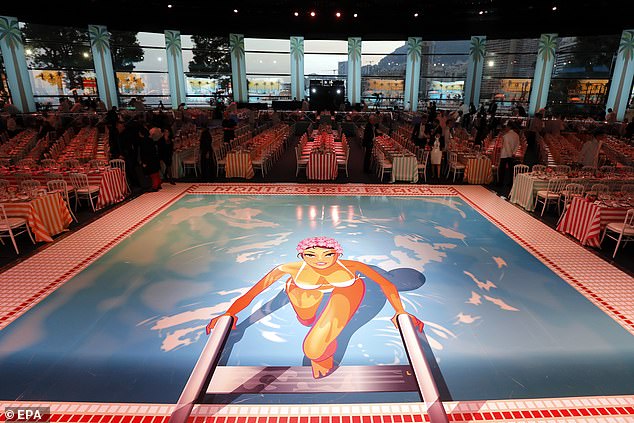 The huge mural ‘pool’ themed dance floor celebrated Monte Carlo’s beach, and featured a huge image of a woman climbing out of a pool 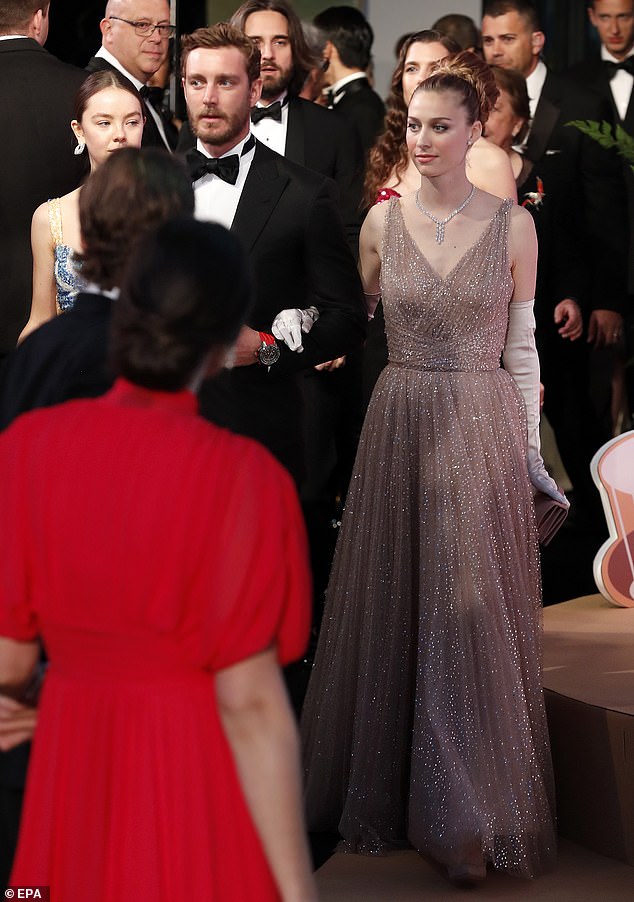 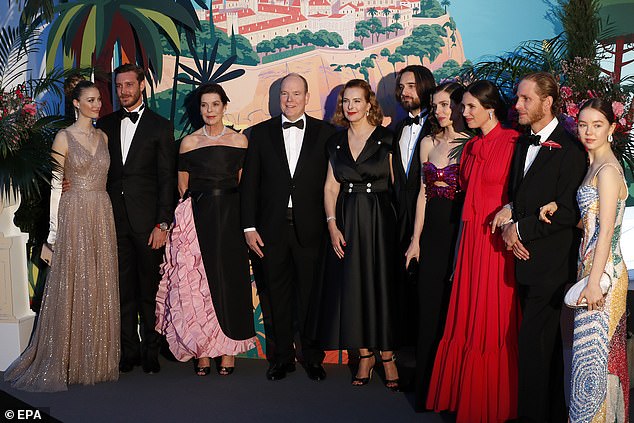 The Rose Ball was first thrown in 1954 by Princess Grace of Monaco, the American actress who married Prince Rainier III of Monaco.

The event is currently presided over by the Sovereign Prince Albert II and Princess Caroline of Hanover.

The funds raised go towards the Princess Grace Foundation, which assists young artists by providing scholarships.

Top-name performers delight the audience, who, each year, grace the event with their finest attire.

It’s named the Rose Ball as a nod to the late star’s favourite flowers, and features 25 thousand roses decoreating the ball room. 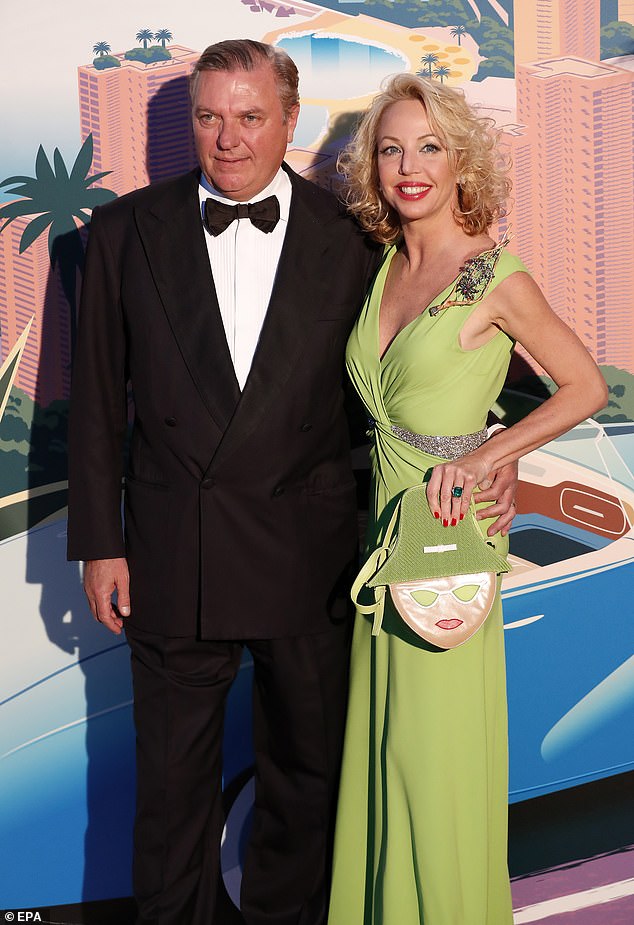 There are always ravishing bouquets of thousands of roses decorating the Salle des Etoiles in the Sporting Monte-Carlo complex.

Prince Albert and his sisters Stephanie and Caroline are said to personally oversee the guest list of around 1,000 high society figures who pay 800 euro per ticket.

They make their own additions and approve the final version.

China agrees to WHO sending experts to study virus