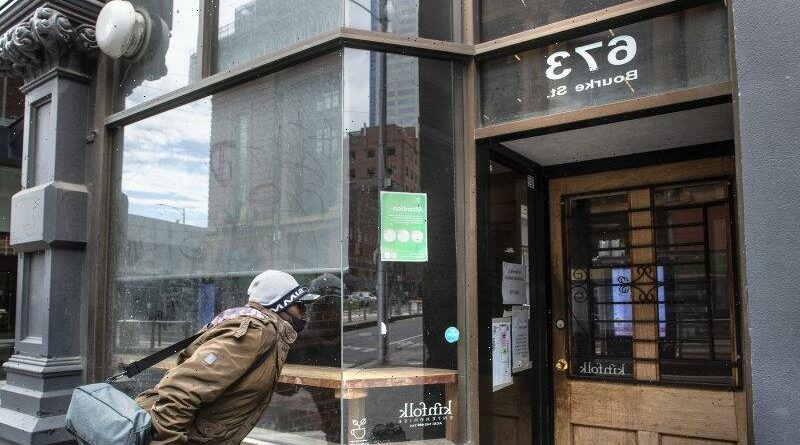 Hospitality industry leaders expect more of central Melbourne’s restaurants, cafes and bars to close in coming months as the impact of the coronavirus pandemic continues to reverberate.

Restaurant & Catering Association chief executive Wes Lambert said the slow return of workers to Melbourne’s CBD continued to harm hospitality businesses but a shift to the suburbs was underway. 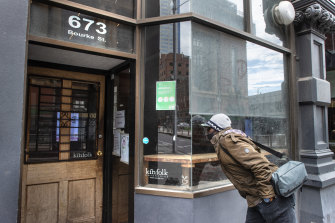 Bourke Street eatery Kinfolk was one of the Melbourne restaurants that closed during the pandemic.Credit:Simon Schluter

“Ultimately there’s likely going to be the same or more venues, they’ll just be in different places,” he said.

“It’s likely that there will be more casualties before we come to the new normal in Melbourne. If you piece it all together; isolation rules, the most locked down city in the country, the most locked down state in the country, the [shift to] hybrid work and businesses and people moving to the suburbs and the regions, it’s not hard to understand why some CBD restaurants have closed and won’t reopen.”

Property Council of Australia data showed office occupancy in Melbourne lagged behind other Australian capitals. It was only 32 per cent in March compared to 41 per cent in Sydney and 61 per cent in Adelaide, which recorded the highest CBD occupancy rate nationwide.

Data from the state’s liquor regulator, the Victorian Gambling and Casino Control Commission, indicated 3925 licence holders did not pay their 2022 annual renewal fees, which were due on December 31.

Lambert said it would not be clear for another year whether these venues had closed their doors during the pandemic permanently or just had not paid the fees as they waited to reopen.

After hanging on through two years of lockdowns and getting business up to 40 per cent of what it was pre-pandemic, Forman said he was heartbroken when his accountant said it was not enough.

“They said, even if it gets to 100 per cent of pre-pandemic, it’s going to take you 10 years to trade out of the debt that you’ve collected over the past two years,” he said. “I just got very freaked out. I couldn’t figure out a way of keeping everything going.” 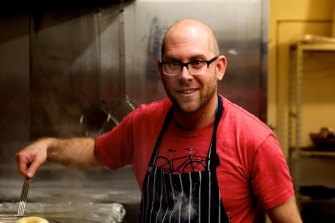 Zev Forman of 5 & Dime in the early days of his bagel store.Credit:Simon Schluter

Forman said the pandemic was particularly tough on small, independent businesses like 5 & Dime.

“If you don’t have the backing of a big hospitality group, there’s an end to how much cash, you can just keep pushing into something,” he said. “Two years of looking at an empty cafe; it takes its toll.”

Chef Jerry Mai shut two of her five restaurants when the impact of the COVID-19 lockdowns became clear.

“We had to close Annam because I just did not see financially being able to keep a business going endlessly without a time limit as to when people will come back to the city,” she said.

“I want to say there is a level of comfort now and a level of stability, but I’m not quite sure I can say that yet,” she said. “It’s coming up to winter again, and I’m already having staff drop-off like flies with COVID.”

The shift to the suburbs and regions is something chef Brigitte Hafner has lived after closing Fitzroy wine bar Gertrude Street Enoteca after 17 years and opening Tedesca Osteria in Red Hill.

“The whole COVID thing where people want to get out of the city, it was very fortuitous timing for us,” she said.

Hafner said while there might still be tough times ahead for hospitality businesses in Melbourne, she was positive about the future.

“Definitely there will be a thinning out of establishments, maybe though they weren’t run properly, nothing’s black and white,” she said. “Melbourne has some of the best hospitality in the country, and it is strong and it is coming back.”