‘Tina Turner? More like Tina Turn-off!’ Star of West End musical inspired by singer’s life performs on This Morning – but viewers say she sounds NOTHING like her

This Morning viewers were less than impressed when the star of Tina Turner’s musical about her life performed one of the legendary singer’s best known songs live on the show.

Adrienne Warren, 30, was handpicked by Tina herself to play the lead in the West End musical to run until February 2019.

But as Adrienne got into costume to perform Simply the Best, viewers took to Twitter to mock her performance.

Her impersonation of the Motown legend was harshly critiqued with some saying they wouldn’t be paying for tickets to the show, while another described her as ‘Tina Turnoff’. 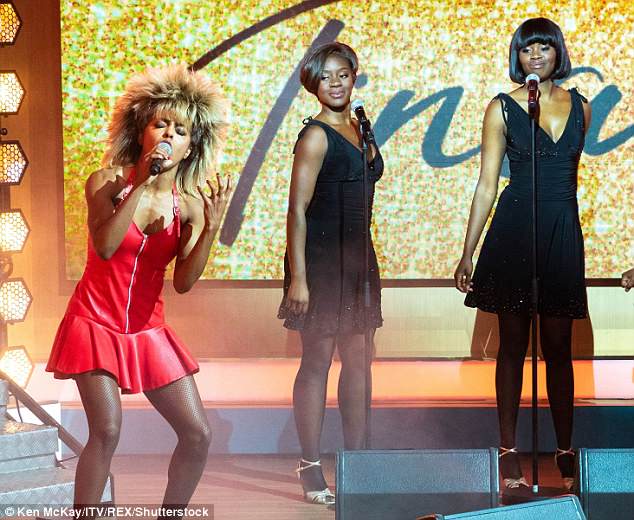 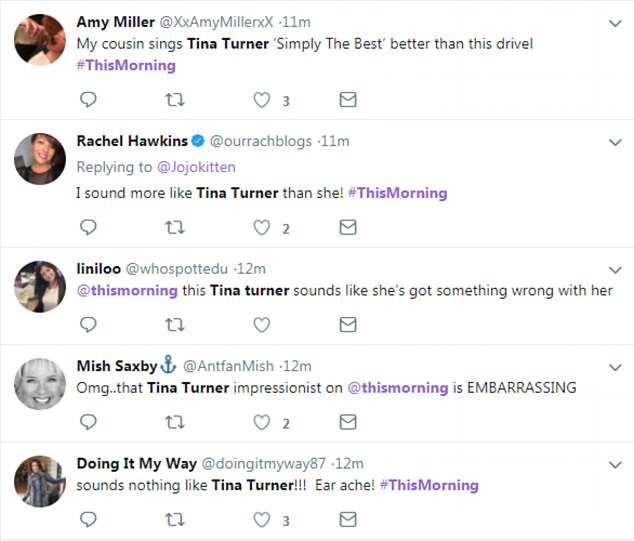 ‘She can’t sing live, I won’t be booking tickets to go now that I’ve seen this preview,’ said one unimpressed viewer.

Another joked: ‘Sounds nothing like Tina Turner!! Ear ache! #ThisMorning’

Others were more sympathetic with one tweeting: ‘She’s a good singer but she doesn’t sound like Tina Turner that much.’

Another fan said: ‘Wow it’s unreal how she can sing if you close your eyes you would think it was Tina Turner.’

Adrienne, who also starred in Dreamgirls as well as on screen in Orange is the New Black and Blue Bloods, said in an earlier interview on the ITV show that she had been thrilled to be picked to play the lead role. 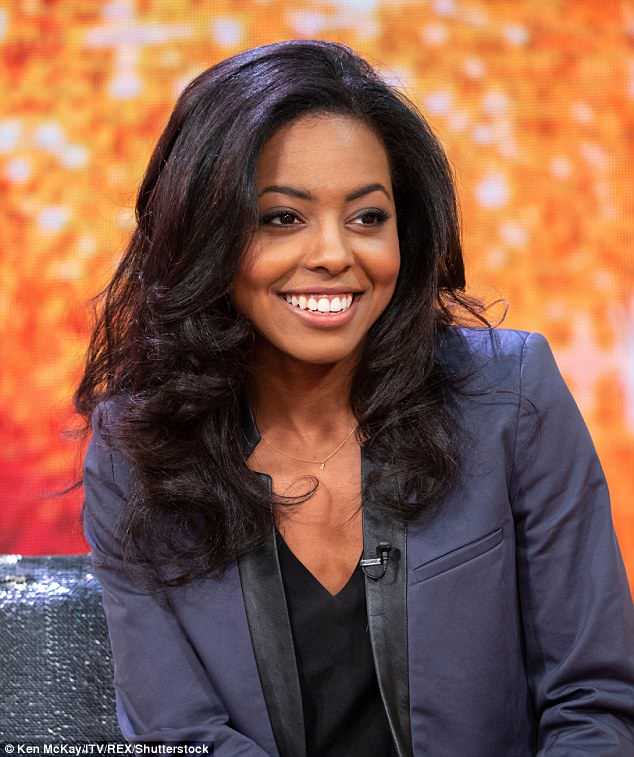 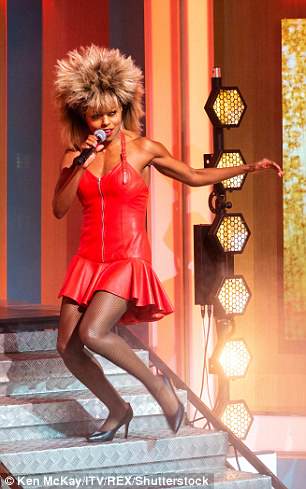 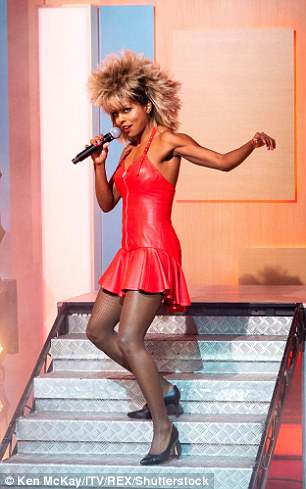 Adrienne transformed herself into Tina Turner. The actress is the star of the musical where she performs some of Tina’s biggest hits

The first time she met the icon, who came out of retirement to be involved in the creation of the musical, was during rehearsals for the stage show.

‘I had to give myself a pep talk, I was shaking in my boots, I was so nervous,’ Adrienne revealed.

She also had the opportunity to perform with Tina, when Adrienne was announced as the lead, and gave her some invaluable tips on how to be her.

‘She told me always to have a hearty breakfast, and she taught me how to do the ‘pony’ one of her signature moves.’

This Morning airs weekdays on ITV at 10:30am