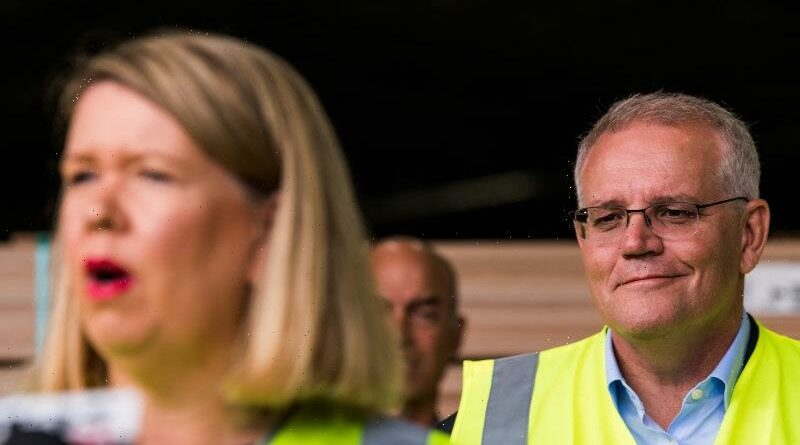 Scott Morrison crossed Bass Strait to campaign in his most marginal seat with an MP who has kept crossing the floor.

But even though he was grilled on a proposed national integrity commission, which Bass’ representative Bridget Archer supported in parliament against her own party, the prime minister appeared relaxed. 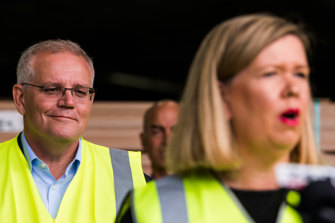 He started on safe ground after a loose comment from his opponent Anthony Albanese opened the way for Morrison to go on the offensive over asylum seekers.

Last week with no fanfare the government released from detention the final refugees languishing since Morrison was an immigration minister armed with a “stop the boats” mandate.

But he showed on Thursday he could switch the scare campaign over boat arrivals back on at any moment.

Albanese responded to a question about the UK’s new policy on asylum seeker arrivals by saying Labor backed boat turnbacks.

“Turning boats back means that you don’t need offshore detention,” he added.

It was a brief respite for the prime minister amid sustained questioning over his three-and-a-half years old promise to establish a federal integrity commission.

Archer, who holds Bass with a margin of 0.4 points, has been outspoken on a number of issues including the integrity commission and has crossed the floor to back her principles more than once.

But standing alongside the prime minister at a timber mill on the outskirts of Launceston, she chose her words carefully to avoid criticising him.

“I wouldn’t be doing my job if I didn’t stand up and say what was important for the people of Bass and the prime minister has to take that and balance that with the needs of everyone else across the country.”

Morrison’s posture was relaxed as he batted away question after question on the integrity commission.

Was it a broken promise because he’d failed to deliver something he first said in December 2018 the coalition would do? “No, it is not.”

Had he tried to get the bipartisan position he insists is needed on this particular issue? Well, “everyone knows what our proposal is” and it wasn’t his fault if those pesky Labor and crossbench types wanted “a circus” and a “kangaroo court”. (Never mind that Archer and fellow Liberals John Alexander and Celia Hammond say there should be a crossparty committee to nut out a compromise proposal.)

Is that a no to the integrity commission?

“That is what my priorities are.”

Morrison had to change tack again on Thursday afternoon, on a more sombre note, after four of his security officers were injured in a car accident on the way to an event in neighbouring electorate Braddon.

“The PM is always extremely grateful for the protection provided by his security team and extends his best wishes for their recovery and to their families,” a spokesperson said in a statement.

“This afternoon’s event has been cancelled.”