A mother has shared a video of her intestines bulging out of her abdomen in a scene reminiscent of horror film Alien.

Like many mothers-to-be, Taryn Watson, from Perth, Australia, experienced a separation of her abdominal muscles, also known as diastasis, while expecting her son, Benji, in 2016.

The lasting effects mean Taryn’s internal organs now ‘pop out’ from between the abdomen gap when they are placed under strain during exercise.

However the 32-year-old urged women not to let the startling sight stop them exercising after giving birth – and instead simply adapt their routine. 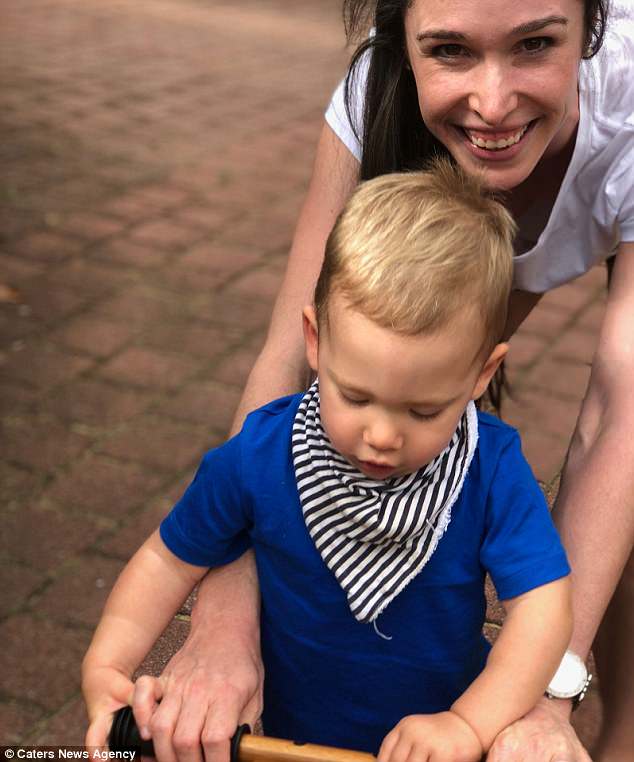 Like many mothers-to-be, Taryn Watson, from Perth, Australia, experienced a separation of her abdominal muscles, also known as diastasis, while expecting her son, Benji, pictured, in 2016 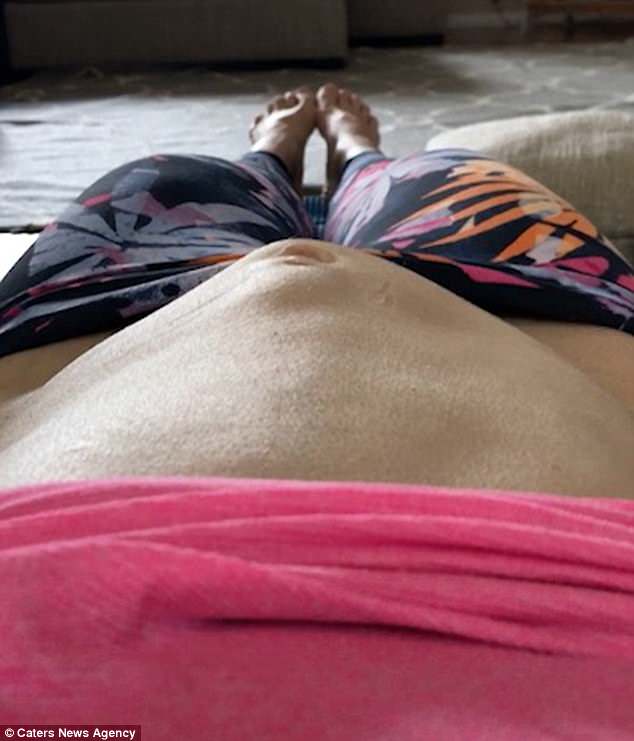 The lasting effects mean Taryn’s internal organs now ‘pop out’ from between the abdomen gap when they are placed under strain during exercise, pictured 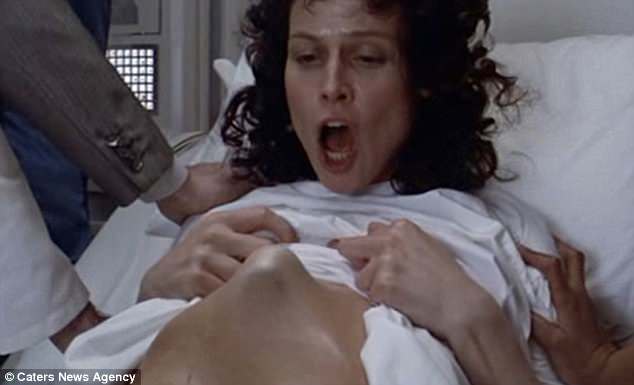 The mother admitted the sight was reminiscent of a scene from horror flick Alien, pictured

‘This is because it’s actually two muscles with a line of connective tissue down the middle – it is this which stretches, the abdominal muscles themselves do not “tear” or “split”.

‘Doming refers to the dome shape the abdominal wall creates, but what you can see coming through the gap is the abdominal contents. 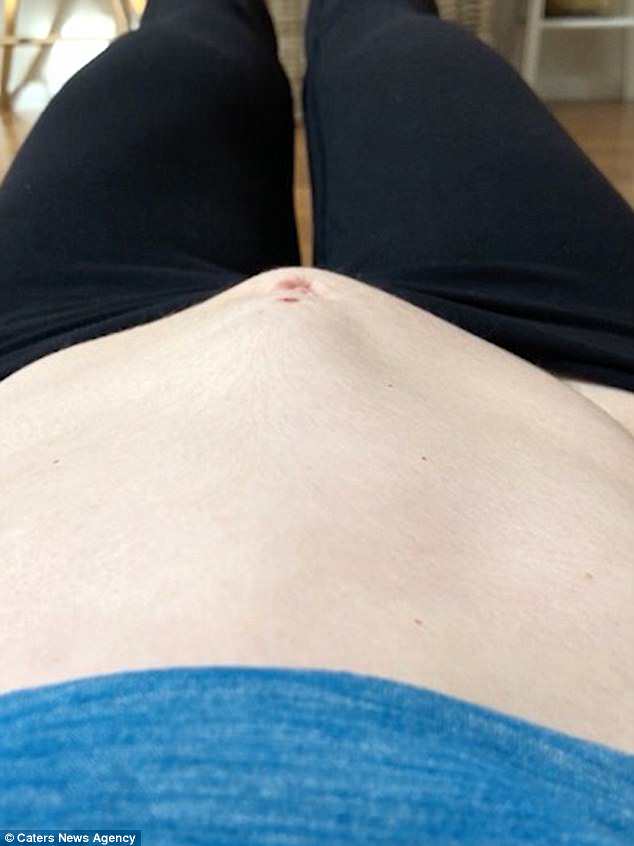 Taryn, a women’s health physiotherapist, demonstrated how her organs ‘domed’ during exercise, pictured, in a video shared online 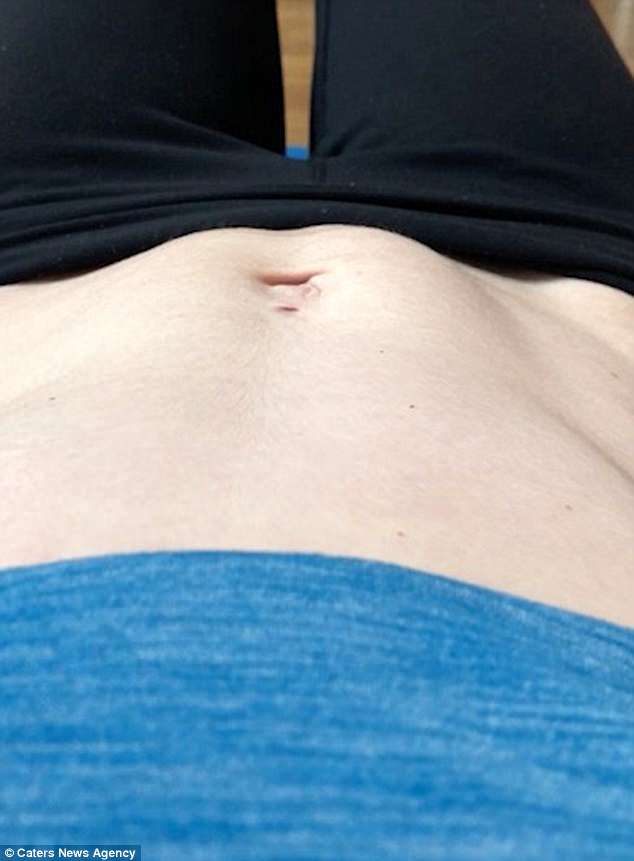 ‘I can see how it could be compared to the movie Alien but it’s actually essentially a pressure issue – the same as a hernia or a prolapse. A diastasis doesn’t mean you’re broken, or weak, or can’t exercise your abdominal muscles.

‘It just means you have to monitor what your muscles are doing during loaded abdominal exercise to avoid hurting yourself, and learn how to use your core muscles in a way that prevents doming.’

Taryn said her diastasis was caused due to her having a small frame and extra stretchy connective tissue. 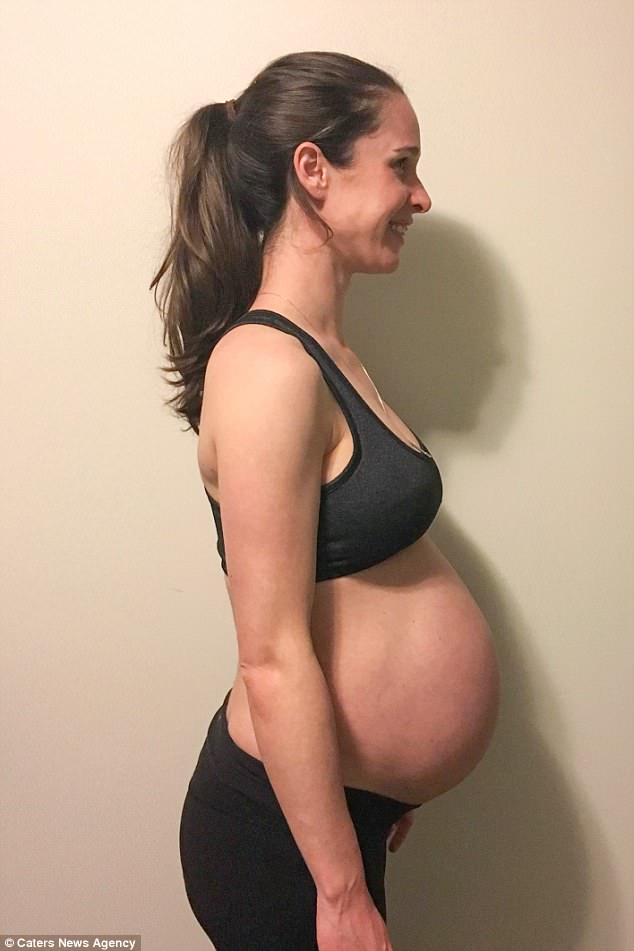 Many pregnant women, including Taryn, experience a separation of the abdominal muscles during pregnancy

The clip of her workout shows her carrying out two different routines to exercise her core. The first causes ‘doming’ while the second does not.

Taryn, a women’s health physiotherapist, advised that women who are between 16 and 20 weeks pregnant should avoid abdominal workouts that might cause doming, including crunches, planks, Russian twists and pull-ups.

Meanwhile movements like getting up from the bed or couch should be modified to avoid unnecessary strain. 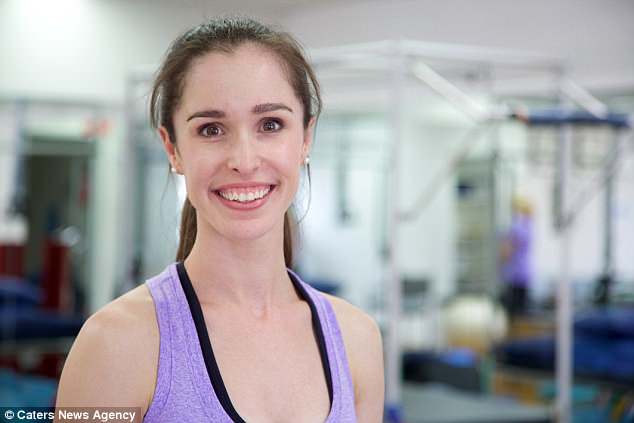 The mother-of-one, pictured, urged women not to be put off exercise and to adapt their movements instead

Diastasis should be checked by a physiotherapist after giving birth to check the width and depth of their gap compared to the norm.

Some women may need to wear an elasticated abdominal support to help their recovery and hold their six pack muscles in better alignment while they heal.

Taryn added: ‘In pregnancy, you should learn how to active the deep abdominal muscles. Automatic use of these to prevent doming can be taught.’