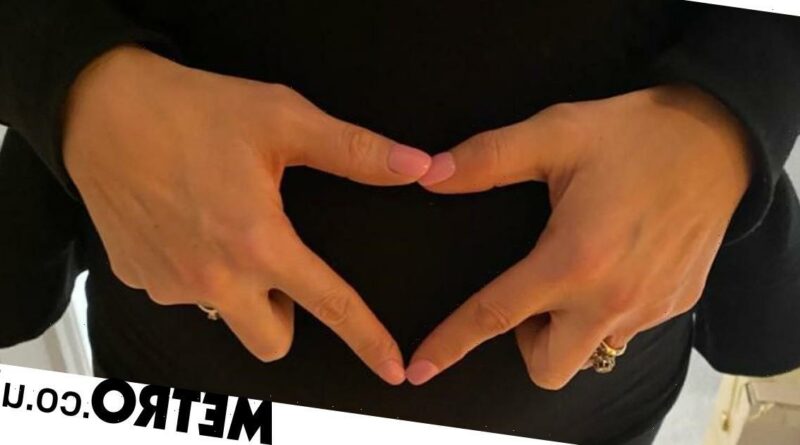 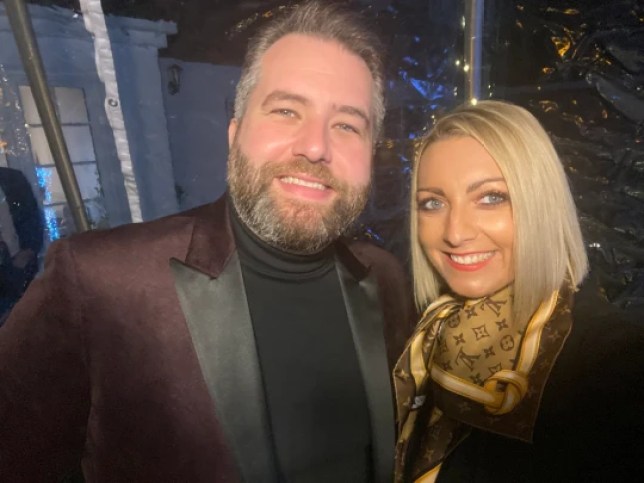 The journey to motherhood is not always smooth.

Keeley Lengthorn, 39 from Bromley, began IVF treatment in August 2021. Shortly after, she was given the news, from her doctor that she was pregnant.

Planning for a baby with her 42-year-old husband William, Keeley was ecstatic that she had fallen pregnant on the first attempt of IVF in September.

‘I was delighted to be pregnant. My 12-week scan went really, really well. My 20-week scan was the same.’

But tragically, at 22 weeks, her waters broke unexpectantly, and she was told the shattering news that she had lost her son.

On March 3, 2022, she gave birth to George, who was born sleeping and weighed just a pound.

Miscarriage, unfortunately, affects everyone; including parents, relatives, friends, work colleagues and loved ones. One in four to eight pregnancies end in miscarriage, but it can leave excited parents devastated, depressed and sad for years to come.

This was the third time Keeley had suffered a baby loss in three years, and since then has spoken to hundreds of mothers across the UK in the same position – feeling emotionally and physically incapable of returning to work immediately.

She was fortunate enough that her employer, Taylor Rose, had introduced a baby loss policy for pregnant women under 24 weeks, but thousands of working mothers across the country are still not offered this option.

She is now fighting for a change to the law, which currently rules that employees only have the right to take statutory parental bereavement leave on the death of a child under 18 years of age – including after suffering a stillbirth – and after 24 weeks of pregnancy.

Headed by MP Angela Crawley, the bill is currently being presented to parliament.

For Lynsey Bleakley, who suffered four losses with her husband James, she did not feel physically or emotionally well enough to go back to work afterwards.

‘My husband James and I met in our mid-30s and knew quickly we wanted to get married and have children together. I had been married before and have a beautiful daughter, Yazmin. We were excited to expand our family. Unfortunately, things didn’t go as planned.’

‘We tried for two years to get pregnant, without success and then I finally got pregnant at the beginning of 2016. Sadly I lost our baby and then lost three more.’

While her manager and most of her colleagues were supportive, and her role was modified, there was no miscarriage leave in place.

‘The loss of a pregnancy has a huge impact on both parents, it’s more than the loss of the baby you are carrying. It’s the loss of the life you envisaged with that baby, the child they would grow into, the family you would become.’

‘I can’t put into words the pain of losing my four babies, it utterly destroyed me. The grief and pain consumed me for the months and years that followed,’ she recalls.

‘Three days leave is a start, but from personal experience, I wasn’t able to get out of bed after my losses.’

For Lynsey, she found the emotional anguish too much for her to return to work.

‘Unfortunately, James and I weren’t able to have children but we are very blessed to have Yazmin. I gave up my career because of the anxiety I was left with and I couldn’t bear to be around pregnant mums and babies.’

‘When I found the energy, I turned my focus on creating and growing my business, Bumble & Goose, a luxury online bakery company that delivers virtual hugs across the UK and Ireland. Becoming self-employed has allowed me to set out my own working week and my own “terms and conditions”. It has filled my life with a whole host of new achievements and challenges too.’

Her advice for anyone struggling, especially with employment after loss, is to get as much support as possible.

‘I was fortunate to have a supportive GP who knew I needed time to grieve and to heal physically and emotionally. They were happy to give me a sick note. I don’t know what I would have done had that not been the case.’

She shares, ‘Speak with your GP and manager and find out what support your employer can offer, as some offer counselling sessions for employees too.’

‘I had CBT to help me manage the grief and anxiety I was experiencing, and it helped a lot.’

Coach Victoria Tretis, found herself in a similar brain space and felt her mental capacity was limited when she had to physically miscarry on her own.

She has sadly suffered three miscarriages and wasn’t offered a sick note.

‘With my current partner, we had a miscarriage in 2016 and I was working at the time. I pushed through severe cramps that had me doubled over in pain. It was a very long and complicated process and the doctors weren’t sure if it was heterotopic or molar.’

‘This involved weeks of being back and forth at the hospital because the scans were showing no heartbeat or sign of a baby but my blood levels weren’t returning to normal.’

She recalls, ‘The punch line was all pregnancy symptoms without the reward.’

‘It was only by chance that I mentioned to the doctor that I didn’t feel well enough to return to work the next day and he asked if I wanted a sick note to sign me off for a week – one wasn’t offered.’

‘I immediately felt guilty saying yes because I worked in a really small team and that there would be a knock-on effect with the workload, but I did accept and take time off.’

When Victoria, did go back to work she had a sudden realisation.

‘When I went back to work, I felt that life was really short and I realised, as much as I loved my work I wanted to more flexibility.’

She had been thinking about running her own business for a while, so decided to change course.

‘Within just a few weeks after the miscarriage, I’d handed in my notice and was working on launching a business.’

The current law states that if a baby is stillborn after 24 weeks of pregnancy, or dies shortly after birth, employees are legally entitled to maternity or paternity leave and pay.

Yet, if someone suffers a pregnancy loss before 24 weeks, it is up to the employer to decide to provide any paid leave.

Natalie Brindle, founder of Hey Baby Bear, who tragically lost two babies, had two very different experiences with her employers, which she feels would have been different had a policy been in place.

‘I suffered two miscarriages a couple of months apart. The first was at seven weeks and I miscarried at home. With my second I was 12 weeks and unfortunately was rushed into surgery after presenting to A&E.’

She found her second miscarriage more traumatic mentally and physically, and she felt she needed more time off work to recuperate.

‘With my first miscarriage, my employer was understanding and gave me two weeks off work with full pay. With my second, I had a new manager, and received less support and no pay which really added to the stress of taking time off to repair.’

Natalie also found it challenging to speak with her employer.

She says, ‘I’m not sure if because I had already had time off for it once, but he wasn’t too happy for me to be having time off again (not that I had planned two miscarriages).’

‘Coming back to work afterwards was awkward, the conversation was short, nobody wanted to talk about it.’

She shares, ‘The only time it was referenced was in a normal KPI meeting where he highlighted my attendance now looked poor due to me “taking all that time off.”

I feel miscarriage, in general, is a very ‘taboo’ subject which makes it really difficult to discuss. For myself, I felt I may have been judged and felt as many don’t know how to approach miscarriage, so they aren’t able to offer support.’

She believes a miscarriage leave bill will help growth in this area but feels it could be extended.

‘I hope that employers could look at offering more leave based on individual circumstances.’

The Miscarriage Leave bill will have its second reading in September and would give parents three days of leave if they suffer a miscarriage at any point of the pregnancy.