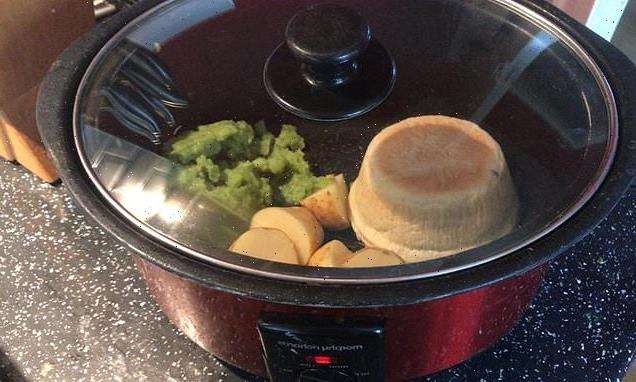 Mum divides the internet with her slow cooker meat pie hack that some say could ‘revolutionise’ dinner time – so do you agree?

A mum has left home cooks of the internet divided after sharing her very unusual method of preparing a frozen pie and vegetables using her slow cooker.

The woman simply placed the meat pie upside down in her slow cooker alongside some roughly chopped potatoes and a pile of mashed peas.

‘Husband’s dinner tonight, hope it works,’ she wrote alongside a picture of the meal cooking in the slow cooked wonders Facebook group. 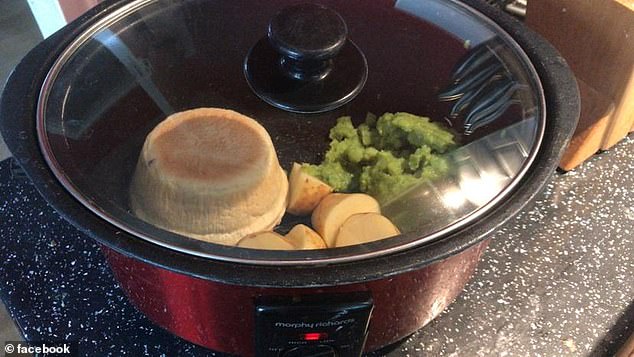 But she couldn’t have expected her attempt at making her husband’s dinner to be so controversial with hundreds of slow-cooker enthusiasts chiming in.

Would you try the woman’s meat pie hack at home?

Would you try the woman’s meat pie hack at home?

‘Those potatoes are still going to be raw,’ one woman said.

While another warned the mum to put holes in the pie to stop it from exploding.

‘Those mushy peas are definitely going to run all over the pie lid and potatoes,’ another added.

Another woman agreed the peas would make everything soggy but also admitted they were intrigued to see the end product.

The meal was left to cook for up to six hours but the mum was asleep when her husband got home from work so wasn’t sure what the finished product looked like.

But the people who weren’t critical of the dish said it could be a ‘game changer’ and ‘revolutionise’ dinner time.

‘I’m dying to see the outcome. My hubby works shifts and it maybe something to consider,’ one woman said.

Others laughed and said ‘husbands eat anything’ and they were sure the experimental meal wouldn’t go to waste.