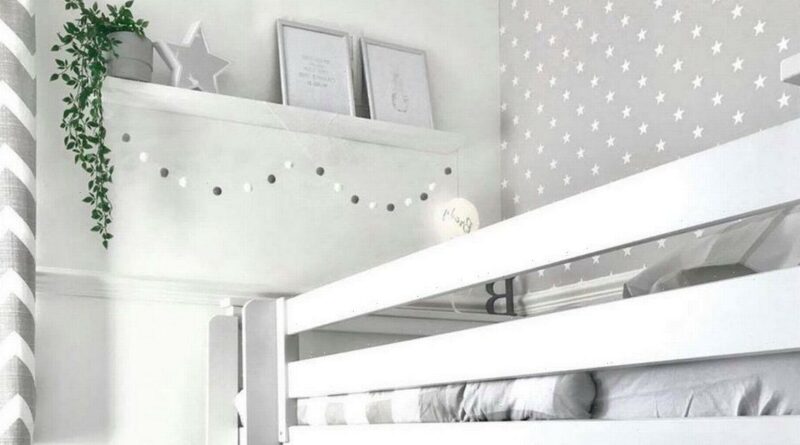 A mum has revealed how she managed to turn her son's box room into an adorable bedroom for the bargain price of £240.

What's better is that the room in the property now even comes complete with its own secret play area.

Charlotte Greedy, 27, wanted to give her four-year-old son, Brody an amazing bedroom, however she said she was limited with the space she could work with.

The mum, from Wales, said: “I moved into my forever home in October 2020 and I really stressed about the box room as it wasn’t a suitable size for a small child who could sleep and also play in his room.”

In order to maximise space, she searched bargain shops such as Argos, Ikea and eBay for clever finds to make the most of the room.

The mum-of-two managed to fit a bed, storage and a secret play area into the tiny room, spending just £240 on the project.

Charlotte, who shares her family life on Instagram, told LatestDeals.co.uk: “I came up with the idea of buying a mid-sleeper which I found in Argos that cost £160.

"I then bought a Kallax cube from IKEA which cost £25.

"The Drona boxes were also from IKEA which were £3 each, then I bought personalised wooden words off eBay and superglued them onto the boxes to make an organised toy storage unit that I slotted underneath the bed!”

She was pleased with her handiwork, adding Brody was over the moon with his new room.

Charlotte added: “My youngest now has a den and toy storage unit under his bed which he can play under. “He absolutely loves it and the words on the boxes show him which storage box to put his toys in.

"He’s now four and is learning to read, and understands which box his toys go into by looking at the words. I also think it teaches him to tidy up!

"I never expected the room to meet my expectations but it's done that and more, and I'm so pleased with the space I’ve created.

"Brody loves his room; he was so excited to see it transformed.”

Charlotte recommended anyone who was looking to get the most out of a box room to invest in a mid-sleeper, as you can fit tons of storage underneath.

She added: “It’s opened the tiny room up loads as you can see!”

Tom Church, co-founder of LatestDeals.co.uk, said: “Playing with heights and textures is a great way to create interest and maximise the use of a small room.

“The mid-sleeper is such a popular style for younger kids, and it’s easy to see why – Brody’s room is seriously cool.”