I’m sorry, darling, but I DID look better than you at your age! Meet the older mothers who insist they were more attractive than their daughters are

A new study says that the majority of older mums secretly believe they were more attractive than their daughters at their age. Here, the Mail presents three such mothers – with one claiming her child wears too much make-up, while another says Botox makes her girl look older…

I radiated youth, but bronzer and Botox make my girl seem older 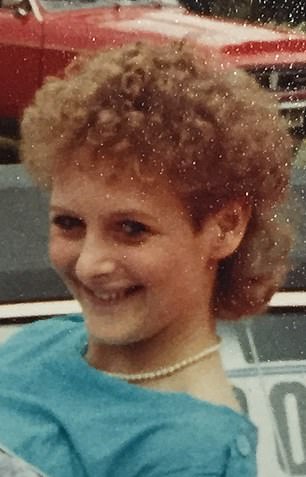 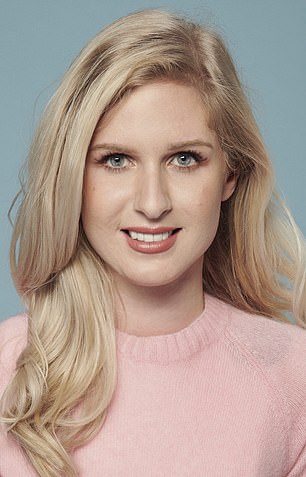 I never had a make-up routine when I was Laurie’s age — bar a brief punk-rocker experiment in my teens, I just didn’t wear it. By the time I was 30, I was a mother and had more pressing things to think about than looks.

Laurie is a natural beauty, she doesn’t need to wear so much make-up. Other people have commented that it actually makes her look older.

When I compare our photos at the same age, I think I look much younger. There’s a freshness about me that just can’t shine through those endless layers of primer, foundation, powder and bronzer on Laurie’s face. 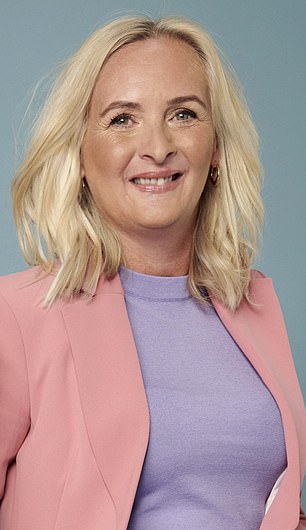 Julie, now 54: When I compare our photos at the same age, I think I look much younger

As for her having Botox, I’m of the generation that just doesn’t see the point of it. It’s fake and epitomises everything that’s wrong today. What long-term damage is she doing? And what happens when she stops? I’m concerned about the pressure she feels to look a certain way. This ‘drip-drip-drip’ corroding influence on girls’ self-esteem is so damaging.

I want to grow old gracefully. I wish my daughter would, too.

Mum has never been interested in make-up. When she goes out, I always end up doing it for her.

By the time Mum was 30, she had a family. Although she kept her figure, she didn’t focus on making herself up every day. I’m the opposite: I wear a lot of make-up and, even though I think Mum was naturally pretty back then, I think I look better for it.

I first had Botox when I was 21. Now, I have it done every three to four months around my eyes and along my forehead and frown lines.

Mum thinks I’m insane, but it makes me look better. I wish she’d give it a go to see how she could look, too.

I know this sounds over-the-top, but there’s so much pressure on my generation to look just right. If I went bare-faced, I wouldn’t feel myself. 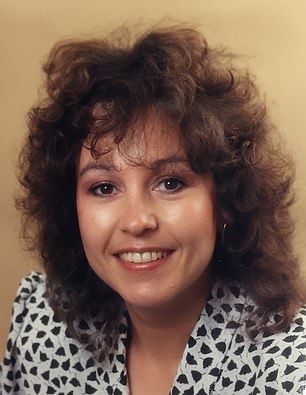 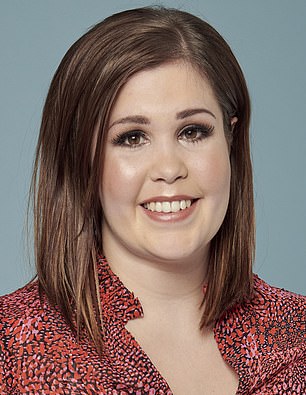 MUM VICKY: I took care of myself but had no confidence

At Philippa’s age, I was very critical about how I looked. I was convinced that a good photo of me simply didn’t exist. I certainly wouldn’t have voted for me back then.

It’s only now that I can look at my 25-year-old self and modestly admit that, actually, I didn’t look so bad after all!

When you compare how we each lived our lives at the age of 25, they’re remarkably different. 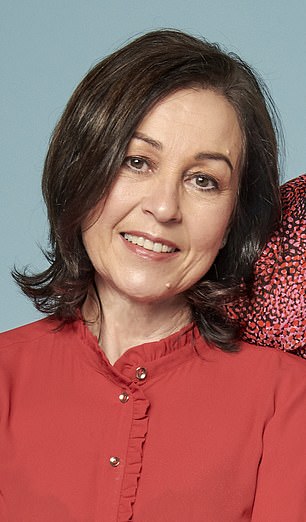 Vicky, now 63: It’s only now that I can look at my 25-year-old self and modestly admit that, actually, I didn’t look so bad after all!

Philippa works 12-hour shifts, which often include nights. It means that she regularly opts for convenience food or will eat out with her partner.

When I was her age, ready meals didn’t exist. A night out at a restaurant was for special occasions only. In fairness, I had a nine-to-five job, which allowed me to cook from scratch every evening.

The consumption of alcohol is something else that has changed. When I was 25, a bottle of wine might last me the whole weekend!

I find some of the beauty trends that women Philippa’s age are following alarming. The promotion of injectable fillers scares me to death. It’s unnatural — and how will it age?

Looking back, I recognise that, in your 20s, your self-confidence is just forming. That’s why it’s much better to focus on who you are on the inside and work with what you’ve got.

DAUGHTER PHILIPPA: She’s taught me to love the skin I’m in

Mum’s always told me that you have to make the best of what you’ve got. She’s my inspiration because she has taught my sister and me to look after our skin.

From a young age, I watched her take the time to cleanse and moisturise her skin every night. Mum’s approach has rubbed off on me. Her meticulous habits meant that she always, always ensured her skin was make-up-free before she went to bed. She also encouraged us to start using anti-ageing products as soon as possible to protect our youthful skin.

At 25, she looked fabulous — and she still does at 63. However, I definitely go out a lot more than Mum did in her early 20s. Most weekends, I enjoy late nights — and that means waking up with a hangover!

As a result, I am sometimes guilty of falling asleep with my make-up still on, which, to this day, is something Mum would never do!

Her ‘quick flick’ approach to grooming just looks so timeless and classic. The pressure nowadays to look ‘done’ all the time is constant. The general thinking is that you always need to have a perfect ‘selfie’ face. You have to be camera-ready.

I would like to grow old gracefully like my mum. I’m hoping if I put in enough effort now, I will futureproof my face — just like Mum did.

Dani’s such a classic beauty, but wears too much make-up 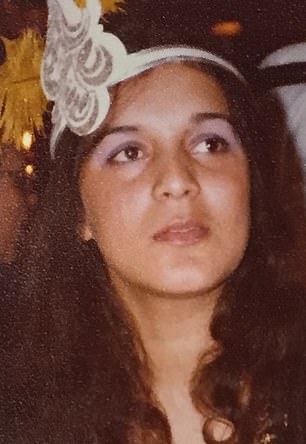 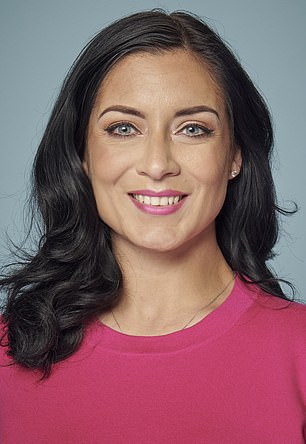 MUM JEAN: She tries too hard… I was fresh-faced at her age

I’ve always had great self-esteem and I’m not interested in what other people think of me. Growing up in Pakistan, I was taught to stay out of the sun. It was the best advice I’ve ever had. I think I looked pretty good at 35 and definitely younger and more fresh-faced than my daughter does at the same age.

I used to worry about Dani going on sunbeds all the time, but she wouldn’t listen. You never think about the future at that age.

Now, she overcompensates with make- up — and Botox. She’s too young for such procedures. She’s got such classic looks, she doesn’t need to bother with all the make-up. 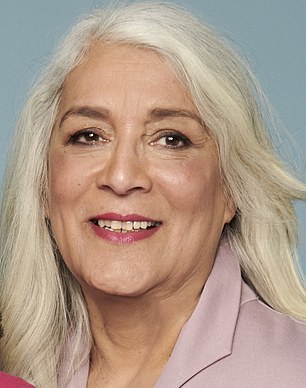 Jean, now 62: I used to worry about Dani going on sunbeds all the time, but she wouldn’t listen. You never think about the future at that age

I see so many women her age wearing too much of it. It’s such a shame; it’s who we are on the inside that counts.

When I was younger, I was always desperate to have a tan, so, at 18, I started using sunbeds four to five times a week. I was modelling at the time and only stopped when I changed career at 28.

Consequently, my skin has aged more quickly than I’d like and I have some lines on my forehead, so, two years ago, I started having Botox a couple of times a year.

By comparison, my mum was very natural at my age and didn’t have a single wrinkle. I don’t feel I’m as good-looking as she was back then. That’s probably why I wear so much make-up! I’m relieved I have this ‘help’ available — I’d hate to go out bare-faced. Make-up is a protective mask.

Author and mother-of-five Emma Heatherington, 42, is from Donaghmore, County Tyrone. Her daughter Jade, 17, is at college studying for her A-levels. 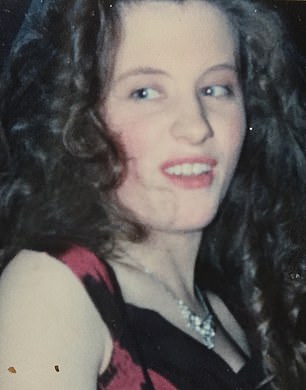 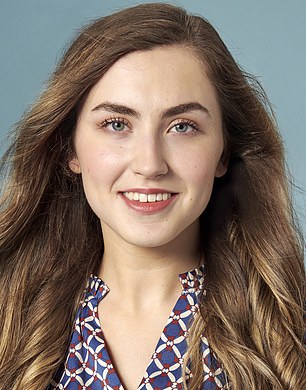 MUM EMMA: My girl has timeless beauty — and so many products

Jade is much prettier than I was at her age, but that’s down to her being a classic beauty. She has a timeless grace. Ever since she was a baby, she has received compliments on her looks. 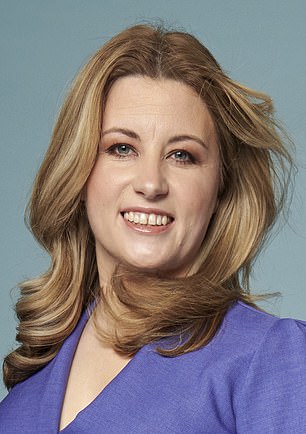 Emma, now 42: Jade is much prettier than I was at her age, but that’s down to her being a classic beauty

I was the eldest of six children, so we bought things everyone could use — and vast selections of make-up weren’t on the agenda! We didn’t have the products or the know-how to enhance our looks the way Jade’s generation does. But beauty comes from within.

I teach my children it’s a privilege to get older. My mum died at 36, so I never saw her grow old.

DAUGHTER JADE: Sorry Mum, but you could definitely have used my help!

I love my mum, but there’s just no contest — I look much better than she did at my age!

It’s not her fault — the Nineties were all about the grunge look: permed hair, baggy jeans and little or no make-up.

She could definitely have used my help. I have three different make-up bags and my morning routine takes up to 40 minutes.