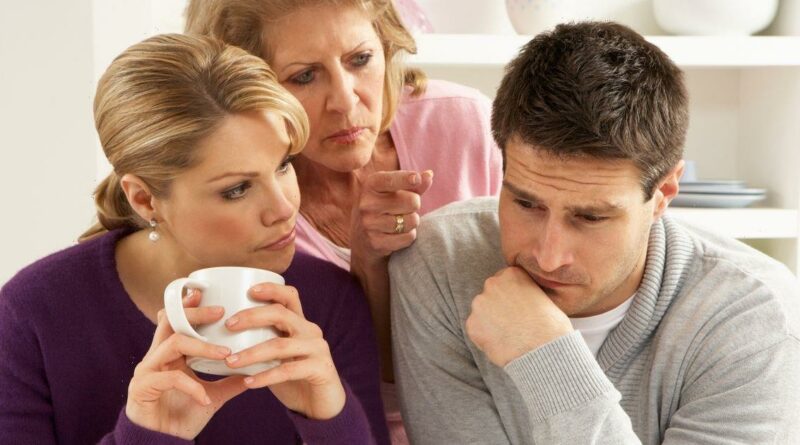 Relationships can be hard at times, especially when family members make spats worse.

Or perhaps, the nosy family member is the cause of the relationship issues to begin with.

Well, this one woman has experienced just this as she has had enough of her “overbearing” mother-in-law.

It has even got to the point where her husband has been encouraged by his mum to cheat on his wife.

After not knowing how to deal with the dilemma, the woman took to Reddit to get some advice on her interfering mother-in-law.

She titled the post: “Mother-in-law thinks her adult son is still a baby.”

In the post, the woman expressed her concerns about the relationship between her husband and his very intense mum.

At first, the woman explained how the mother-in-law still treats her son like a child: “It seems like she tries to keep him in her nest under her wing forever. This man is 23 years old.

“She’s said some things that have really bothered me and I found out that she thinks I’m too pushy because I try to get her son out of the house to enjoy activities outside.”

But the mum-in-law isn't happy that she makes plans for her son – and things reached boiling point when they spent a week together.

Trying to be “polite” and start a conversation, the woman asked what the plan was each day for their vacation.

This didn't go down well with the in-laws.

The Redditor explained: “She apparently didn’t like that I would ask what the plan was for the day most days, I was trying to be polite and start a conversation… but she took it as me being pushy.

“It’s not like I’m breathing down his neck to do it and forcing him, but I do enjoy being adventurous and I invite him to join.”

Understanding that this family has a different structure to hers, the woman has attempted to incorporate her life into her husbands'.

She said: “His whole family is very homebody I have found and he is too, to a point. I do get him out sometimes.

“It’s frustrating for me with how much she just wants and expects him to just live in a bubble forever."

However, the intensity from the mother-in-law does not stop here.

When the woman was taking her army husband to his United States Military Entrance Processing Station, his mother phoned him and expressed: “No one can love you as much as your mum".

Offended by her mother-in-laws comment, the woman questioned this and vented in the post: “So, is she saying I can’t possibly love him enough, who says that?”

Although the pair are married now, the mother-in-law told her son before their big day that “people aren't meant to be monogamous.”

The woman revealed that her mother-in-law has even accused her of using her son for money – even though she's the main breadwinner in the household.

She wrote in the post: “She also simultaneously was warning him that I might just be using him for his money… I make almost twice as much as he does while working less”.

Having seen the woman’s cry for help, many people rushed to the comments to provide her with some advice.

One person commented: “Does your significant other have your back? He needs to tell her to knock it off.”

Another user added: “Children are meant to grow up and move on. No less love, but lives of their own. She is having trouble with this concept.”

And a third person noted: “They only baby them because if they don't know how to do anything, they can control their sons forever.”

Let us know in the comments what you think the woman should say to her mother-in-law!