Those looking to improve the health of their nails are often met with a flood of conflicting information online.

So, to help women sort fact from fiction, a number of experts have busted some of the most common myths surrounding nails.

From the meaning behind white nail spots to the correct way to file, here FEMAIL looks at each of the myths and how to keep your nails in immaculate condition this summer. 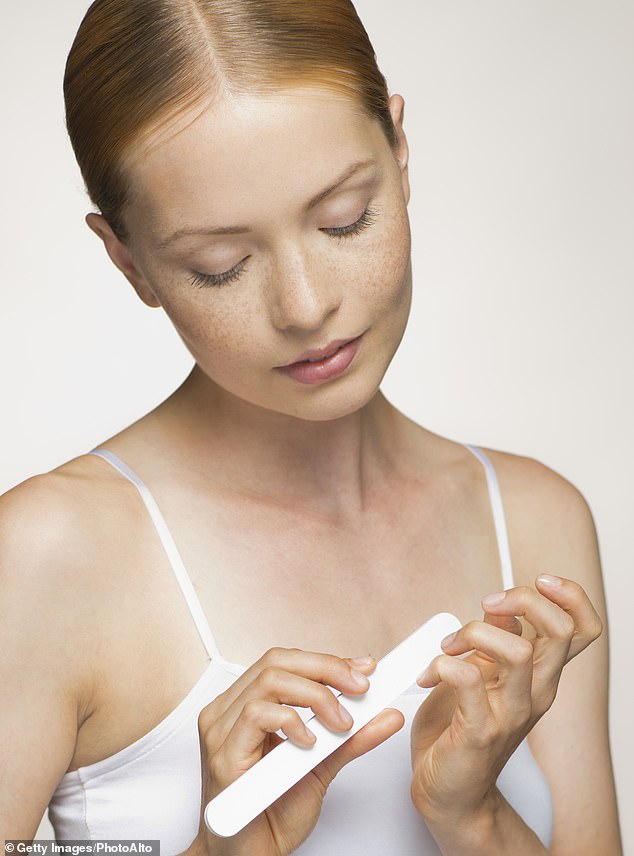 If you’ve seen white marks appear on your nails, chances are the first thing you’ve reached for is a mineral supplement.

But as it turns out, these spots aren’t always due to a deficiency.

Nail technician Serenity Fox told POP Sugar, more often than not white markings on the nail tend to be the result of injury or trauma.

This is because the nail itself is made up of 100 layers of tightly-packed tissue. If air gets trapped between the layers and nails are damaged in some way, this can show up as little white dots or sometimes even lines.

These nail bruises, which are also known as leukonychia are nothing to worry about. They usually grow out although this can take up to four months. 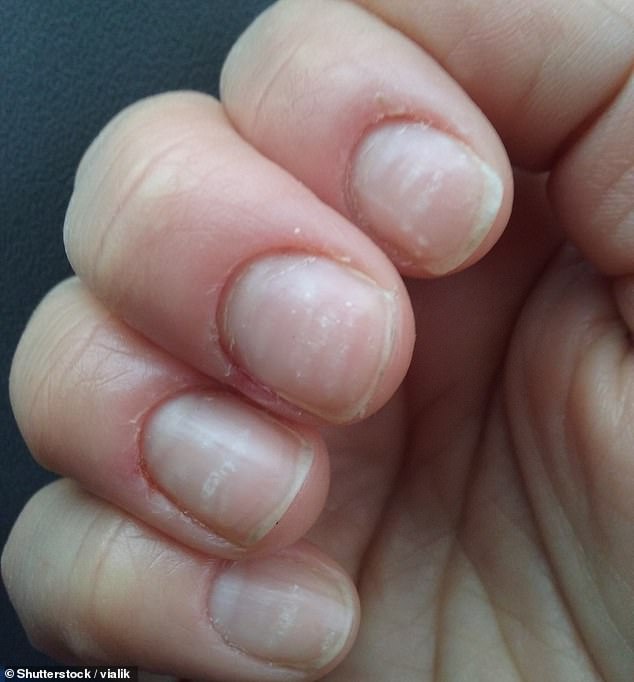 Nails should only ever be filed in one direction

Filing your nails in one direction only, especially if you’re trying to shorten them isn’t just unnecessary, it’s also time-consuming.

To get through the length, file nails back and forth, as well as side to side, however, finish off with a few strokes in one direction.

This will ensure you won’t be left with any ‘scraggly bits’ hanging on the underside of your nail.

Serenity’s pro tip is to choose a nail file with a reasonable high grit – the higher the number, the softer the file. A 180/180 grit file is her top suggestion.

Nails need a break from nail polish to breathe

There was a time when nail polishes were packed with all manner of chemicals that were potentially harmful.

However, advances in nail polish formulas mean nails no longer need to be given a break as such.

Nails, Serenity explains, don’t actually breathe in the same way other bodily tissue does, but they are affected by water.

‘And for that reason, I always suggest wearing a base coat on your nails, at the very least,’ she said. 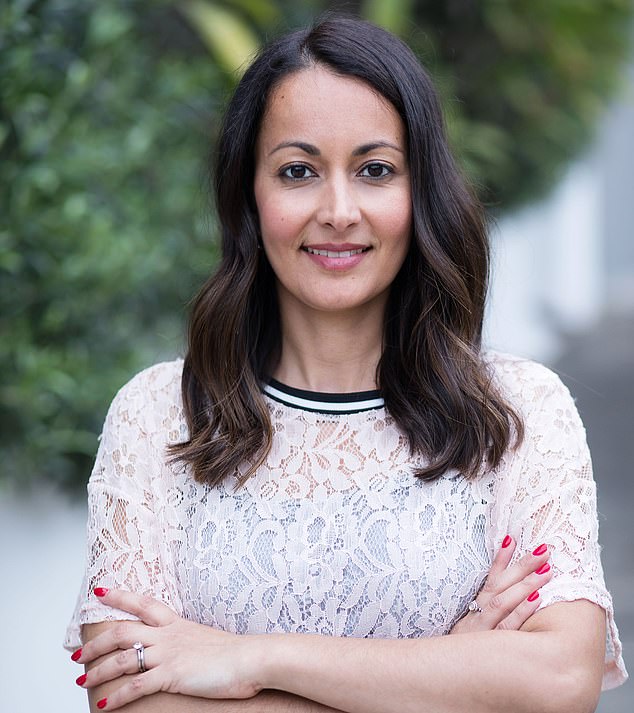 Which types of UV lights are safe?

* UV-A Light is safe. It does not cause skin cancer, or mutations to cells which can lead to cancer.

UV-B Light is dangerous. It does cause skin cancer.

UV lamps to cure nails can cause cancer

UV light, or ultraviolet light, is the mostly invisible form of light that is present in sunlight, tanning lamps, and nail-polish lamps used for curing nails, explains Allure.

And although there have been concerns in the past about using UV nail curing lights to cure nails, said Iman Davomoni of Purely Polished speaking to Daily Mail Australia, the rays emitted by the lamps are thought to be strong enough to cause any real damage.

However, she said if you are concerned about this, ask your nail technician to use an LED light instead.

Always be wary of a cheap manicure

It’s hard to walk past a salon offering budget-priced nails.

However Iman cautions, there a number of thing to be wary of including the possibility you may wind up with a fungal infection if the instruments the technician is using haven’t been sterilised properly.

Her advice when choosing a salon is to make sure their hygiene standards are a priority. This means all tools used are properly sterilised and disposable tools are used where possible.

She adds salons that offer cheaper prices may skimp on process or the quality of products won’t be as good.

‘The service may be poor, the process can be rushed and the products used might be either old or low quality.

‘And if the nail beds aren’t properly prepared, your manicure won’t last, and your polish (if it is gel) can peel off.’