Her happily ever after continues! Idina Menzel has returned to Andalasia for the Enchanted sequel, Disenchanted — and she’s “excited” for audiences to reunite with the beloved characters.

Everything We Know About the ‘Enchanted’ Sequel

“It was beautiful. It was terrific. It was in Ireland near Dublin, mostly. So it was a fairy tale within a fairy tale,” the Broadway star, 50, exclusively told Us Weekly on Wednesday, August 18, while promoting her partnership with Rice Krispies Treats. “And honestly, to be a fly on the wall while Amy [Adams] was working was pretty awesome.” 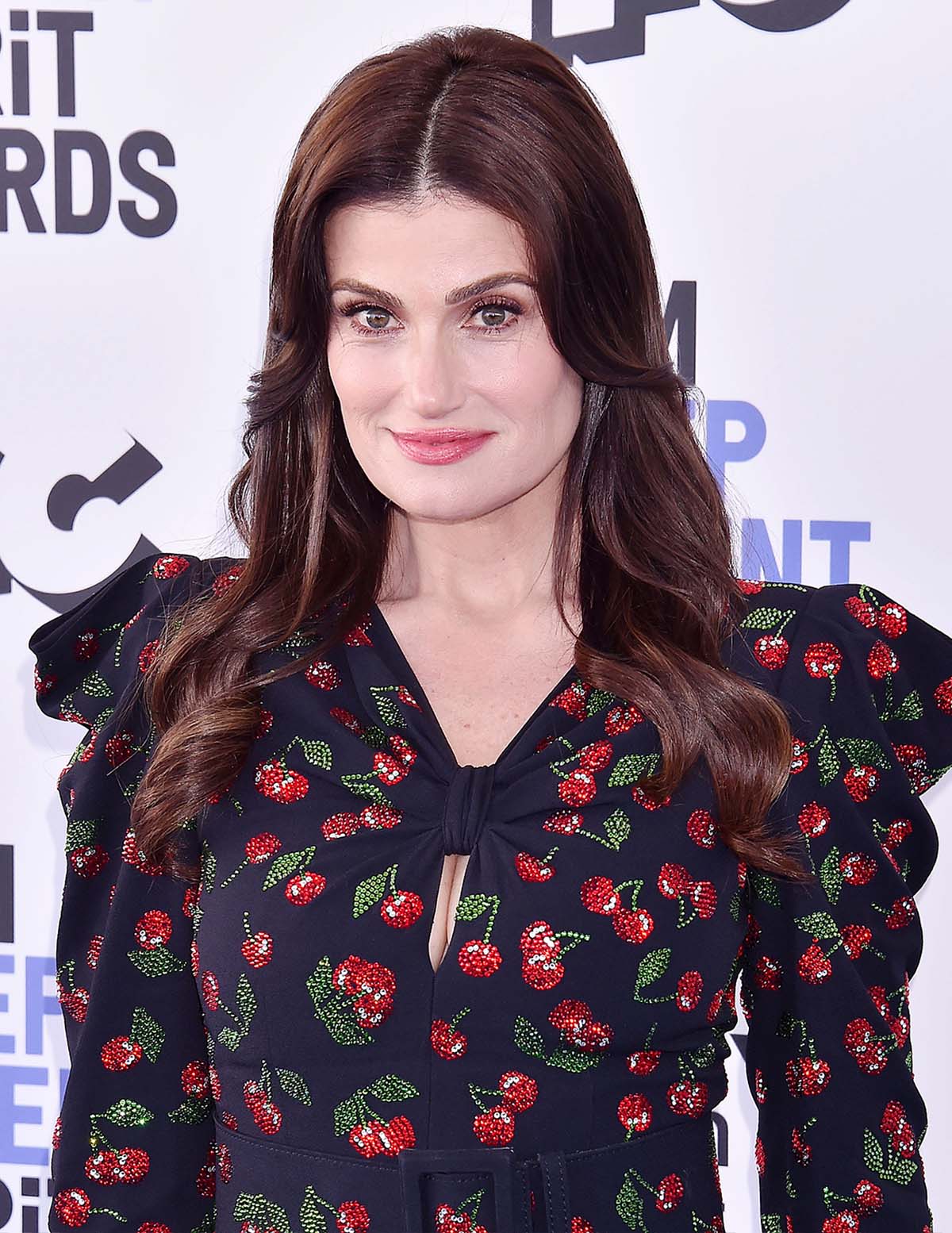 Adams, 46, will reprise her role as Giselle in the second film, which will find her questioning her happiness 10 years after falling in love with Robert Philip, played by Patrick Dempsey.

“I knew her back then, but I’ve since in all these years become a super fan of hers and I love her and I can see why she is as successful as she is,” the Rent actress said. “She’s talented, but she also brings this incredible grace and joy to the set.”

Menzel’s Nancy, meanwhile, exchanged vows with James Marsden’s Prince Edward at the end of Enchanted — and the two will have their first duet in the second film.

“James Marsden and I have remained friends through the years and we just have a blast,” she added. “We have a song together and we get to be really silly and fun. It was great and I’m excited for people to see it.”

The three-time Tony winner will (finally!) get her own solo too. “It’s Stephen Schwartz, who’s like my fairy godmother when it comes to musicals. For anyone who doesn’t know out there, he wrote Wicked. So he wrote it with Alan Menken and it’s this incredible song and then a really important integral moment in the story,” she revealed to Us. “And I feel really lucky for them to have written something like this for me.” (Menzel, of course, was the original Elphaba in Wicked: The Untold Story of the Witches of Oz.) 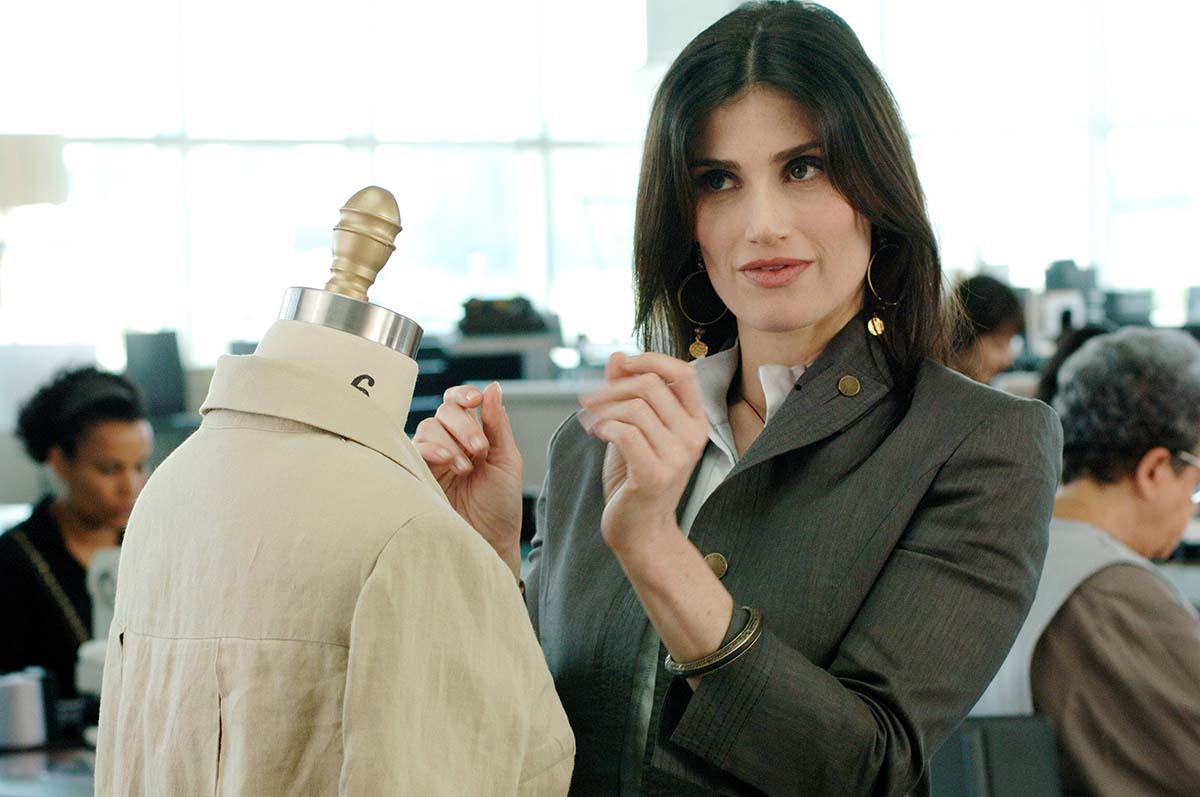 Despite Menzel’s wildly successful Broadway work, she didn’t dole out any advice on set — not even to Dempsey, 55, whose Edward sings for the very first time.

“He had a blast! He was so happy. He tap-danced, I think, and he was great. He was just a song and dance man,” Menzel told Us. “That’s what was so much fun. It really hearkens back to an old fashion kind of movie musical for everyone. And that’s a testament to Adam Shankman, the director, who’s done a lot of great musical movies. And so I don’t give advice. I just, if anything, I just try to impart the idea that everybody has it in them and he should just be himself and enjoy the moments and know, especially in film, we can fix anything if we make a mistake. So we might as well just take risks and go for it.”

According to Menzel, Disenchanted has “been in the works” for “a couple of years.” But before it hits theaters, she will be introduced as the evil stepmother in the Cinderella remake starring Camila Cabello.

“The women that have played this character before are some of my heroes. So I figured, [I’d] try to go a different way,” she told Us. “And with [director] Kay [Cannon’s] interpretation of the story, we’re playing with the tone of it and modernizing it and stepping away from the archetypal kind of idea of the straight-ahead evil nemesis. And she, I think, allowed for both of us to really explore the idea that there’s always another side to the story and that people experience pain and trauma in their lives, which can often lead to why they’re acting out in such a way. Whenever there’s a character like that, I think I really gravitate to those characters where they’re misunderstood in some way, and if you peel away the layers, you see sort of why they act the way they act.” 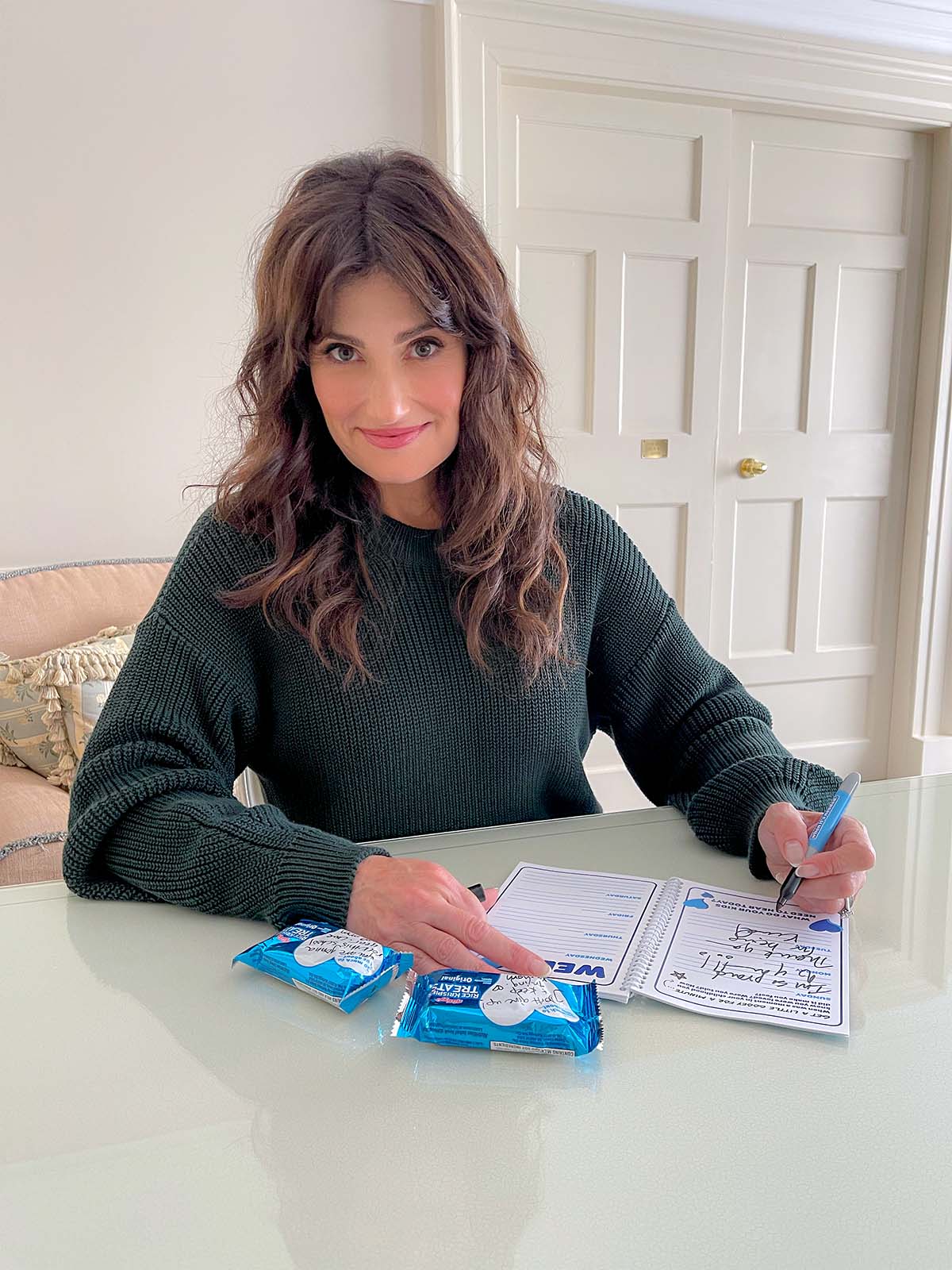 Menzel is behind some of the most iconic, empowering female characters in pop culture. In addition to Elphaba and Rent’s Maureen Johnson, she’s also shown off her mezzo-soprano voice as Disney princess Elsa in the Frozen franchise.

“I never get the chance to miss them because one, I get to sing and embody these characters all the time when I’m on the road and I’m on stage and I’m performing the music. So that’s the gift that I have, is I get to keep singing these songs,” she told Us of her famous roles. “And every time I sing them, they expose a different thing that I have to work on in my life, or there’s someone in the audience that I’m singing to, that I feel needs to hear the song, whether it be ‘Let it Go’ or ‘Defying Gravity.’ It’s something that I’m so proud of and I feel so lucky to have that.”

For Menzel, she feels “really lucky to have these kinds of characters” in her life.

“I look back on my life and my career, and I see these incredible characters that I’ve been asked to play. And I wonder, what am I bringing to the situation that maybe attracts these characters to me? Is there something I need to learn in this life, from these characters about their empowering qualities or their willingness to be vulnerable?” she said. “Quite often they speak to something that I need to learn or work on in my personal life, where I need to embody that kind of confidence and power or learn how to remain vulnerable in a situation at the same time and human. So humanizing these often misunderstood characters, it feels real to me and important, and I just feel lucky that they resonate with a multitude of ages and people’s experiences. That’s just been a gift that I’ve received. All these characters: Elphaba, Elsa, this Vivian, the stepmother as you’ll see coming up, it’s a privilege to be able to play a character that not only is fun to play but that ends up really resonating with people in a very deep way.”

As for Elsa, time will only tell if she will return to Arendelle for a possible Frozen 3. “I haven’t heard anything about that,” she teased to Us. “But of course I would be [up for it] because it’s my family and it’s been one of the greatest gifts in my life. And I would love to just step back into Elsa’s shoes. So we’ll see what happens!”

In the meantime, the Uncut Gems actress has teamed with Kellogg for its Rice Krispies Treats 365 Days of Love and Support Kits, which is encouraging parents to reflect and identify moments where their child might need a little extra love and support as they return back to school. Each kit includes a daily planner and a pen for parents to write messages to their little ones as they pack Rice Krispies Treats in their lunch boxes.

“This was a really natural fit for me. I’m partnering with them because they are promoting love and support to parents during this time, which I think is a very complicated and anxiety-provoking time, especially with kids going back to school. I send little love notes to my son [Walker], which probably embarrasses him, but who cares? I always have, and my mom did for me,” she gushed to Us.

From Thursday, August 19 to Thursday, August 26, parents can enter for a chance to receive a kit and a year’s supply of Rice Krispies Treats. Those who take part will receive a digital version of the daily planner with a special note from Menzel regardless! For more information, go here.