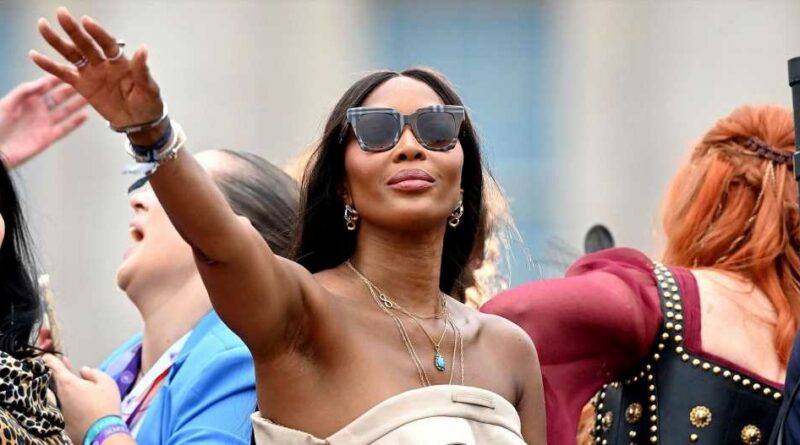 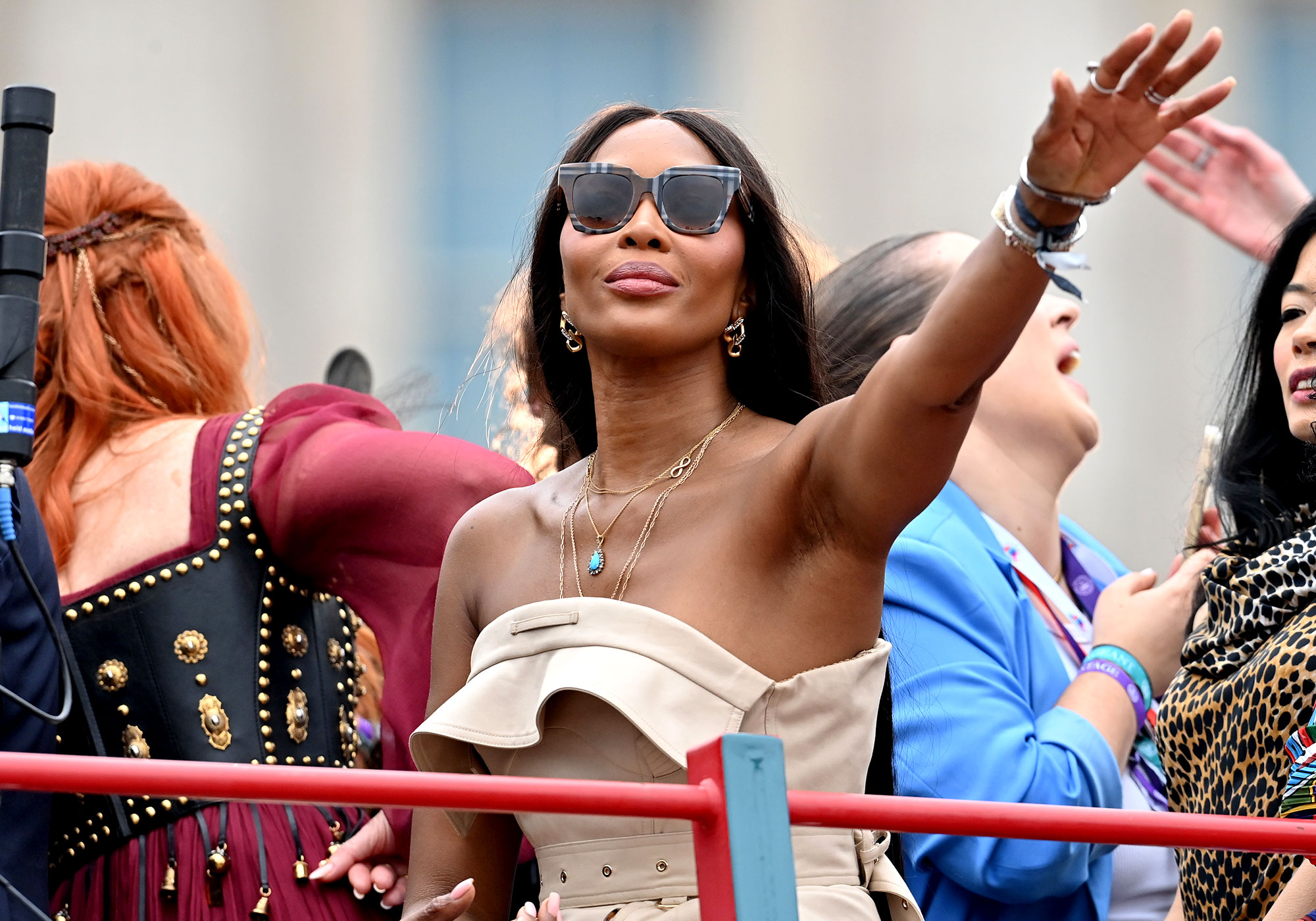 When the runway meets royalty! Naomi Campbell brought her model looks to Queen Elizabeth II‘s Platinum Jubilee, stepping out in a chic look for the event’s highly anticipated Pageant.

On Sunday, June 5, the Empire star shared a carousel of images from the festivities, which show her in a trench coat dress by Burberry. The regal ensemble featured a belted waist and buttons trailing down the skirt. The Queen’s Commonwealth Trust ambassador, 52, accessorized with turquoise jewelry and oversized sunglasses. 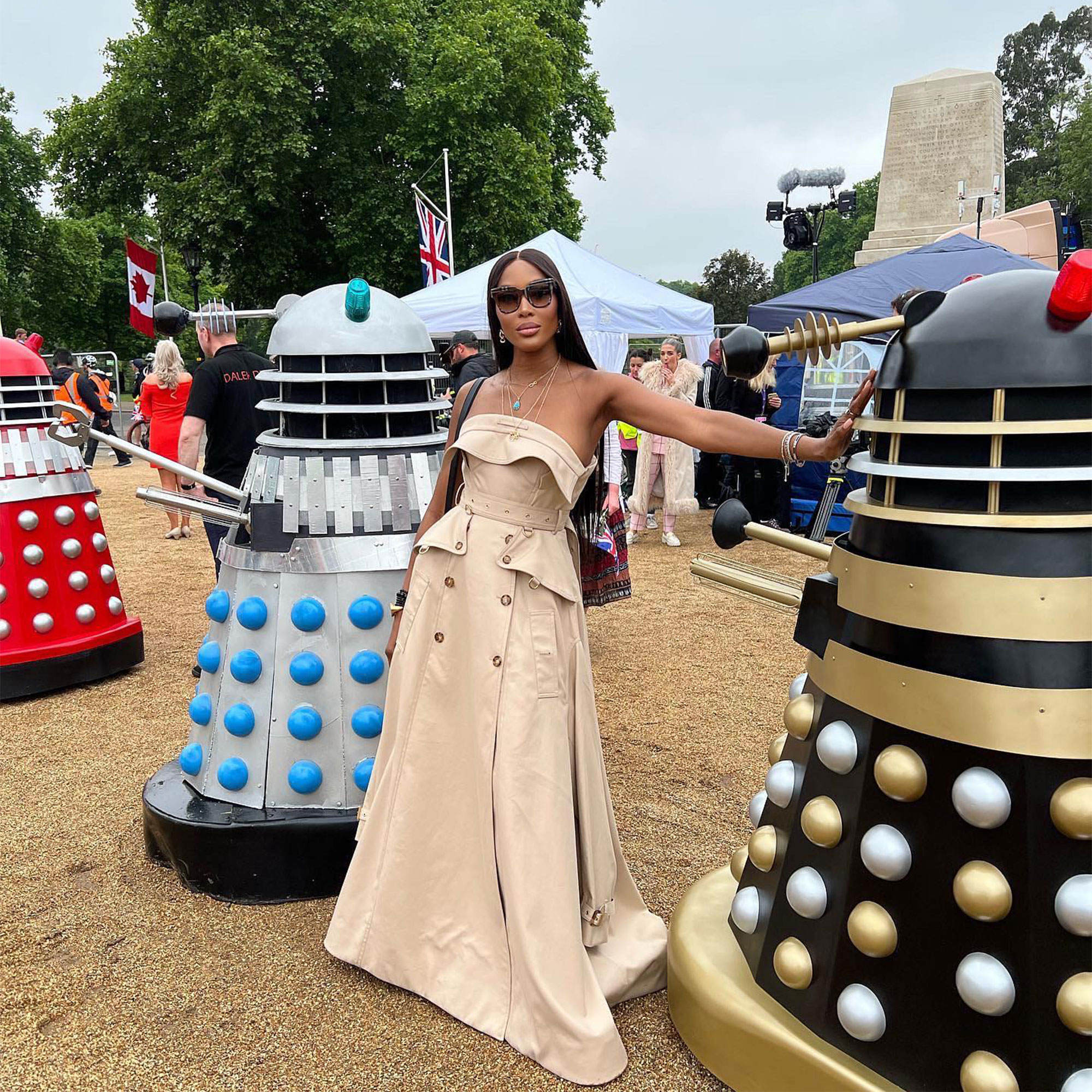 “#Platinumjubilee #70,” Campbell captioned the post in reference to the queen’s 70 years on the throne.

The pageant concluded Her Majesty’s days-long celebration. Campbell, and a host of other stars and influencers, including Kate Moss and Charlotte Tilbury, honored the 96-year-old monarch by riding on a number of double-decker busses — each representing different eras of the queen’s reign. The supermodels were seated on the ’90s bus and waved to onlookers on the streets of London. In photos from the event, Duchess Kate and her children Prince George, 8, Princess Charlotte, 7, and Prince Louis, 4, could be seen watching the parade from the royal box. For the occasion, Kate, 40, looked radiant in a pink dress by Stella McCartney.

In addition to sightings of Campbell and the Cambridge family, the queen also made an appearance after taking time to rest following “discomfort” at Trooping the Colour. The British monarch was seen waving to well-wishers on the Buckingham Palace balcony after the Jubilee Pageant concluded. The sovereign looked as vibrant as ever in a spring green dress. She was later joined by Prince Charles, Duchess Camilla, Prince William and Kate.

Following her balcony surprise, the queen expressed her gratitude for her people in a statement shared via Twitter.

“When it comes to how to mark 70 years as your Queen, there is no guidebook to follow. It really is a first,” Her Majesty said. “But I have been humbled and deeply touched that so many people have taken to the streets to celebrate my Platinum Jubilee.”

She added: “While I may not have attended every event in person, my heart has been with you all; and I remain committed to serving you to the best of my ability, supported by my family. I have been inspired by the kindness, joy and kinship that has been so evident in recent days, and I hope this renewed sense of togetherness will be felt for many years to come.”