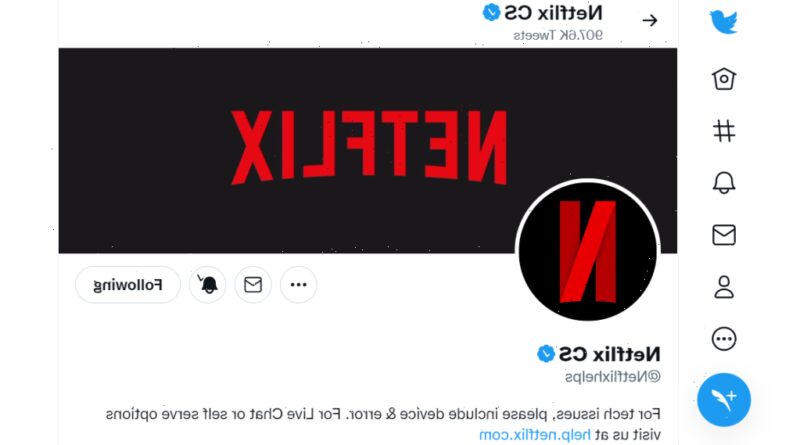 Netflix has quietly pulled the plug on its popular Twitter customer-help account after 13-plus years and more than 900,000 tweets, Variety has confirmed.

The end of Netflix CS (@Netflixhelps) comes as the company has been trying to rein in costs amid a subscriber contraction, although insiders say the move is more about the streamer focusing customer-support efforts on company-owned platforms.

The company’s @Netflixhelps account on Twitter was established in February 2009, when the company was still primarily a DVD-by-mail provider and its streaming service was in its early days. The account has almost 270,000 followers.

As of June 30, 2022, the @Netflixhelps account — without explanation — ceased providing online help to Twitter users. A Netflix rep confirmed to Variety that the company discontinued Twitter customer-service support as of that date but declined to comment further. Users have continued to tweet @Netflixhelps in recent weeks, even though the account is no longer responding to inquiries.

Netflix continues to offer three customer support options: phone support by country; online chat through its website; and calling Netflix from the streamer’s apps for Android or iOS phones or tablets.

As Netflix’s subscriber base has shrunk in the first half of 2022, the company has taken several cost-cutting steps. In the second quarter Netflix made several rounds of layoffs, terminating nearly 500 staffers, and taking a $70 million charge related to severance costs for the period. It also recorded an $80 million impairment charge related to downsizing some office leases in Q2.

The company also is tapping the brakes on content spending: For 2022, it now expects to spend $17 billion in cash (versus its previously forecast $18 billion) and that content spending for 2023 will be at “similar levels,” CFO Spencer Neumann told analysts Tuesday.

For the record: The very first tweet from @Netflixhelps — in March 2009 — notified customers that, for some reason, the DVD release of horror movie “Let the Right One In” had subtitles that were different from the theatrical release.