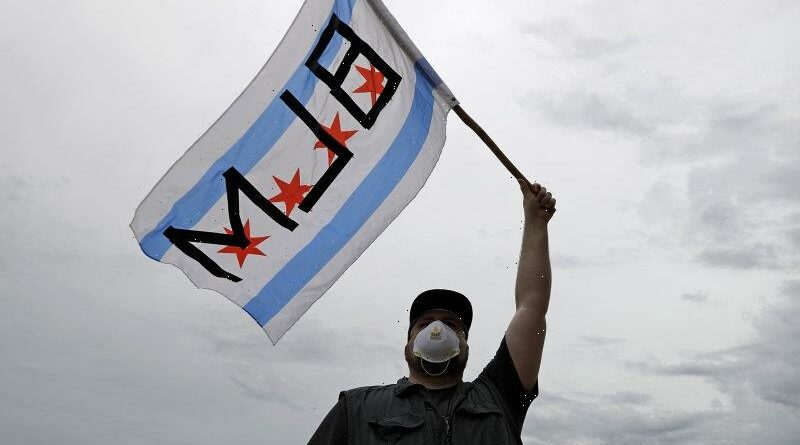 Donald Trump’s embrace of xenophobia, masculine white dominance, the gun lobby, conspiracy theories and casinos should, in normal times, have thoroughly discredited him. But the years between September 11, 2001 and the January 6, 2021 Capitol Hill riot – the bookends of this remarkable if dispiriting book – were not normal times in America.

New Yorker journalist Evan Osnos uses wildland, a region so desiccated that it is a tinderbox waiting for a spark to turn it into an uncontrollable and destructive fire, as a metaphor. 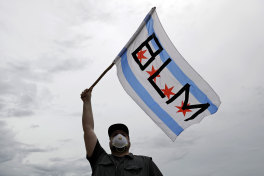 A protester waves a city of Chicago flag emblazoned with the acronym BLM for Black Lives Matter. Protesters from the South Side were prevented from marching into wealthier areas.Credit:AP

Wildland is what America has become, and it was Trump who provided a spark. It was he who successfully tapped into the zeitgeist of existing discontent. In seeking to explain how and why this occurred, Osnos focuses on three communities with which he’s intimately familiar. Each is emblematic of different but dysfunctional flaws in American society. Each provides a compelling snapshot of a failing state.

The first community is Greenwich, Connecticut. Coined the hedge fund capital of the world, its concentration of wealth is both extraordinary and grotesque.

In 2020, in an ailing economy, the top 25 hedge-fund managers, mostly located in Greenwich’s so-called Golden Triangle, together earned $US32 billion. Trump’s presidential campaigns were supported by these anti-regulation, anti-tax and anti-government libertarians whose massive donations bought political influence and corroded democracy.

Osnos paints vivid portraits of this financial elite that cheated, bribed and destroyed people’s savings without ethical or moral constraints. Their self-enrichment was unbridled. Their greed was not only good but permissible. Their wealth was not accompanied by responsibility: thanks to elaborate tax avoidance schemes Connecticut has the worst roads in the country.

The vast canyon separating high-income whites from low-income blacks is evident in the second community – Chicago’s South Side. Through the lens of one African American, Reese Clark, we see the dark underbelly of American society: economic despair, structural racism, high homicide and incarceration rates, low life expectancy, and the enveloping sense of insecurity.

Abandoned homes are testimony to the human costs of so-called “ghetto loans” from Greenwich sub-primers to black borrowers.

Clark’s story, based on many interviews over five years, is deeply poignant and personifies the all-too-familiar downward spiral that accompanies economic inequality and racial discrimination. He became one of the 1.8 million behind bars; as Osnos wryly notes, America has more prisoners than farmers.

Support for Black Lives Matter was strong in the South Side. It prompted the mayor to pull up all the drawbridges to stop protestors crossing the Chicago River to the wealthy North Side. The geography of segregation was laid bare.

Despite obvious differences, black Chicagoans have much in common with white Appalachians. Both, according to Osnos, shared a feeling of being trapped by “an undertow of economics and history”, of losing faith in institutions, of being estranged from political machinery designed to serve itself.

The Appalachian city of Clarksburg, West Virginia, is the third community examined. It is coalmining country and underground extraction is a dying industry. When coal companies began removing mountaintops the environmental damage was catastrophic and the health of the abandoned workforce deteriorated. “Thoughts and prayers” were little consolation. 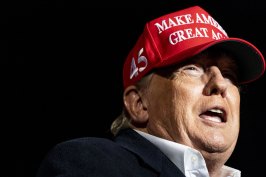 When he ran for the Senate in 2010, he fired bullets through climate-change proposals, the first time, Osnos comments, that “anyone had assassinated a piece of legislation on film”. The vignette of Mitch McConnell, whose campaign slogan was “Coal. Guns. Freedom.” is equally scathing.

For anyone wishing to comprehend the social malaise, economic divisions and political turmoil of America today, this is essential reading. Osnos writes with clarity and empathy, and his nuanced judgments are based on detailed research and extensive interviewing – often with those who couldn’t put a name to the rising unease they felt about “the disordering of their world, about the puncturing of American invincibility, the vanishing of jobs to automation, the stagnation of their incomes”.

The 74 million who voted for Trump in November 2020, not dissuaded by his bigotry, crassness, lies or misogyny, are testimony to the layers of fears, anxieties and combustible anger that this book so skilfully peels away.