How to be vegan even in PRISON: New guide reveals the perfect plant-based meal plan for inmates (and it suggests stocking up on plant milks and trendy linseed)

Vegans who find themselves behind bars may have more pressing concerns than how they will stick to their plant-based lifestyle, but a new guide aims to make it easier for them even in prison.

The Vegan Society has released a booklet for vegan criminals and for prison staff so they can ensure those who want to lead an animal-free life can continue to do so even when locked up.

Advice to staff includes ensuring prisoners are supplied with vegetarian boots, while prisoners are gifted a letter template to help them ask for plant-based alternatives to be added to canteen menus.

They’ve also released a meal plan that maps out what should be added to canteen menus to cater for vegans so they consume the right amount of vitamins and nutrients they would otherwise get from dairy products, meat and fish.

According to new statistics, 7 per cent of the population identifies as vegan, compared to just 1 per cent in 2016. 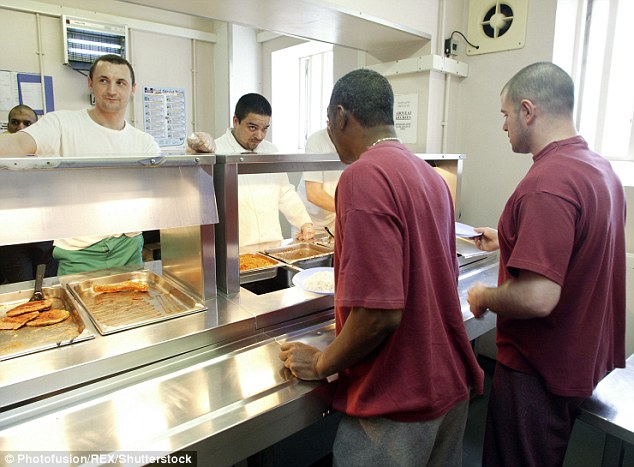 The Vegan Society states that vegans in the UK are ‘protected under human rights and equality law’.

They argue that means prisons may have an obligation to ensure they ‘don’t interefer with a vegan’s right to freedom of conscience’.

They say their booklet aims to help prisoners, staff and caterers ensure that vegans can lead a plant-based lifestyle if they choose.

As well as offering advice for caterers for how to feed vegan inmates, they also advise prisoners to assert their rights and request plant-based items.

Some breakfast cereals are not suitable for vegans because they are fortified with vitamin D3 from animal fat.

Wholemeal bread is a good source of zinc.

Ensure that dairy-free spread is available for toast.

Good sources of plant protein tend to be rich in iron and zinc too, making it even more important that they’re included in most meals.

Some options are particularly economical e.g. legumes (beans, lentils and peas) and the dry variety of soya mince

Vegans should be encouraged to consume a really rich source of omega-3 fat on a daily basis, such as six walnut halves (20g) or a tablespoon of ground linseed.

If you can buy linseed in bulk and mill small batches as needed, this might work out a lot cheaper than offering walnuts.

Although it’s not thought to be essential for vegan health, the long chain omega-3 fats found in oily fish can be obtained from a microalgae supplement.

If nuts are banned due to allergy policy, this may make it more challenging to optimise intakes of omega-3 fat.

A daily vegan menu should contain at least two portions of really calcium-rich food per day. Here are examples of one portion:

A weekly provision of 3.5 litres of fortified plant milk is recommended to help meet a vegan’s calcium needs.

The quantity and quality of the protein found in the soya variety of fortified plant milk is similar to that of cows’ milk.

Iron-rich food should be combined with a source of vitamin C to optimise absorption.

They also encourage prisoners to complain if they feel their needs are not being met.

The guidelines for prisons include:

Acknowledging that supplying canteens with vegan fare can be costly, the booklet includes advice on how to supply canteens with lower-cost vegan food, such as linseed instead of pricier walnuts, and offering dishes that are legume and bean-based as these ingredients are cheap.