Home » Lifestyle » The new relationship trend I won't be trying 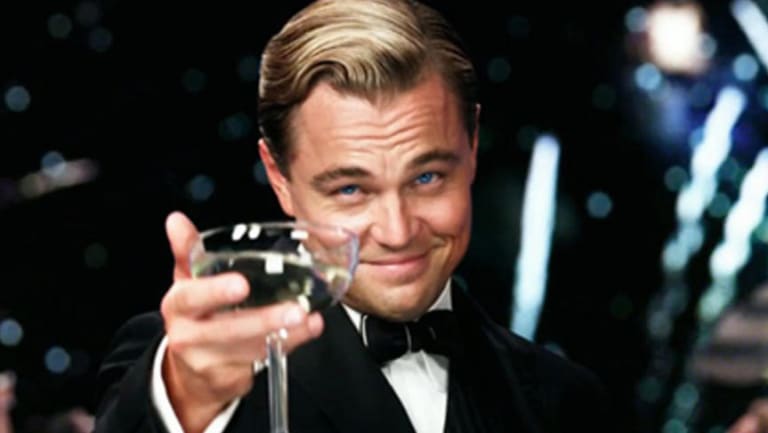 Leonardo DiCaprio in that really bad remake of The Great Gatsby.

As a person who writes about relationships, I spend much of my time assiduously researching dating trends.

(Oh, who am I kidding. I don’t do any research. All the dating trends just happen to me. Ghosting. Zombieing. Breadcrumbing. Being left for the ex. Discovering my lover is married with a child. All the usual.)

But the newest trend to do the rounds of the dating columns hasn’t happened to me, because it hasn’t "happened" to anyone. It’s a dating trend we do to ourselves. In fact, it’s more about flirting than dating, but you need one to get to the other, so they’re pretty much related.

It is Gatsybing, the practice of posting something on social media to get the attention of one particular person. Gatsbying takes its name from Jay Gatsby, the titular character of the F. Scott Fitzgerald novel, who posted fabulous stories on Instagram to get the attention of his long-time crush Daisy. Except that he couldn’t post on Instagram, because it was 1922 and there was no social media, so Gatsby threw fabulous parties to get her attention instead.

Yes, when I post on social media I want them all to see it. The man I was in love with who married someone else. The man who kissed me passionately then never saw me again. The man who asked for my number then never called. All of them! I want them to see I’m happy and fabulous and winning and not thinking about them at all! Which makes no logical sense, but then neither does marrying someone other than me, so I guess that makes us even.

The benefit of Gatsbying is that you can be proactive and take control of your dating life. The downside of Gatsbying is that doesn’t work. I’m no expert on male mating patterns (because they make no sense – I mean, who asks for someone’s number and then never calls?) but it seems inefficient.

But even if a man is maybe, possibly, potentially interested in dating you and is looking at your social media, if he hasn’t yet asked you out, a great post is unlikely to give him the push he needs.

Hmmm… that woman seems really awesome, he will think, staring at your Instagram, but that last Intsa story was pretty lame. I’m going to keep an eye on her posts, and if her selfie game improves I might just ask her to the movies.

Still, even though we all know it’s improbable, we still do it. Social media is embedded in our mating rituals. We are but peacocks, and Instagram and Snapchat and Facebook are our feathers. We preen and pose and post and hope that one of the cute men watching us will slide into our DMs.

And maybe they will. I haven’t yet met the (next) love of my life via social media, nor have any of the men who have rejected me come crawling back after a particularly great Insta pic. Still, I’ve had several Nigerian bachelors and US Army Sergeants express interest, which means I’m clearly moving in the right direction.

So, Single People, keep on Gatsbying (or peacocking, as the case may be). Hone your selfie game, post away, and hope fervently that the right person will see.

Or maybe, just maybe, go out into the world and talk to people. Join a dating site. Ask someone out. Meet them for a drink. Have a conversation.

Apparently, that can sometimes work too.