Nicole Kidman stuns in glamorous gown at ‘Being the Ricardos’ premiere

Nicole Kidman went viral on social media on Sunday for a photo of what appeared to be her “reacting” to Will Smith slapping Chris Rock.

But as it turns out, the pic was snapped before the Oscars 2022 even began broadcasting.

The Best Actress nominee, 54, was photographed sitting in her Armani Privé gown with her jaw dropped and eyes wide open while possibly beginning to emerge from her seat.

While many fans assumed that Kidman was reacting to the punch, the photo took place around 4:30 pm PT as guests were still taking their seats – a full three hours before the slap.

Leading up to the broadcasted part of the evening, the Oscars presented eight awards in categories such as film editing, sound, makeup and hairstyling, among others.

Kidman’s stunned facial expression – most likely to one of those winners – became a viral meme after it was taken out of context. 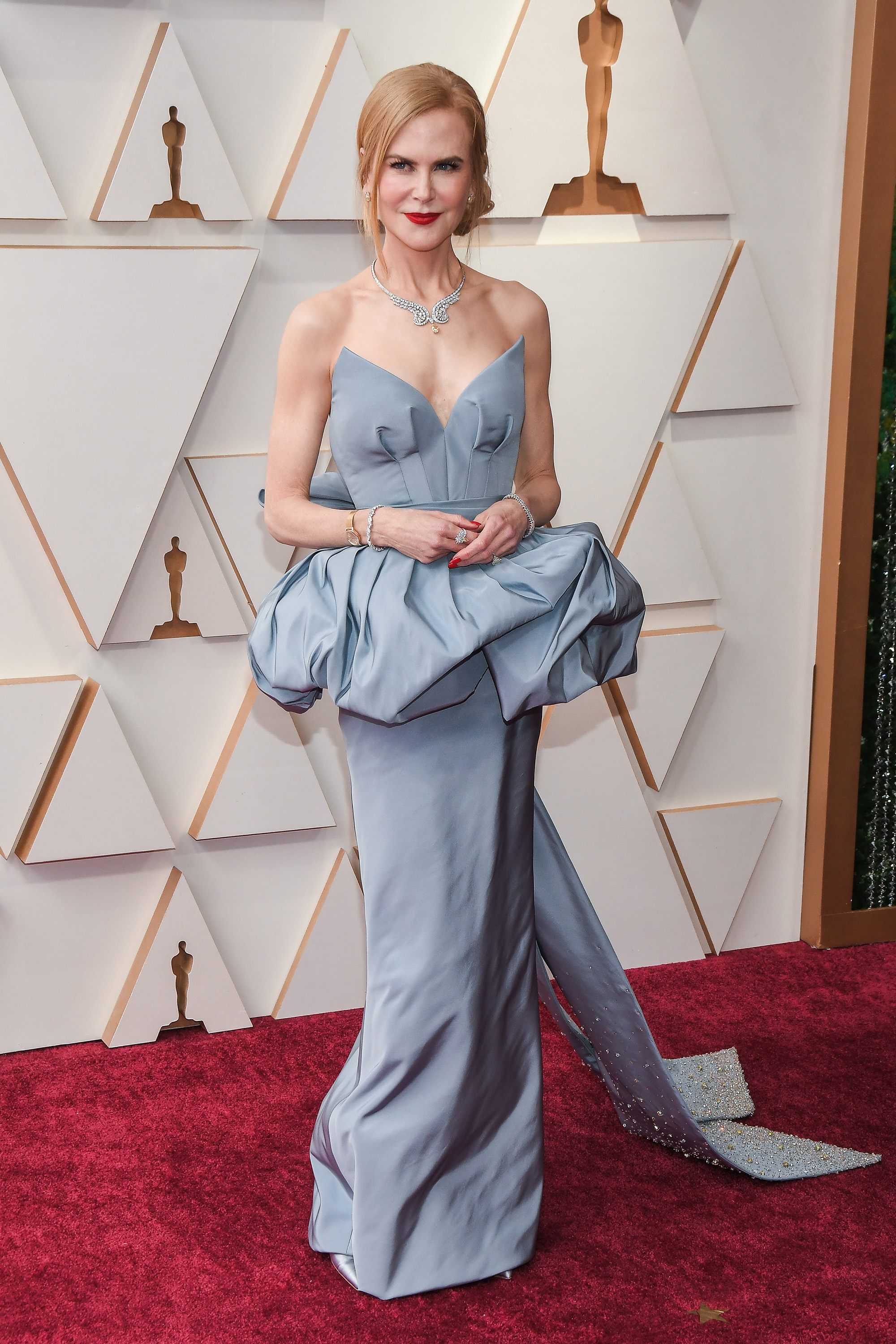 “Nicole Kidman reacting to the Chris Rock and Will Smith incident at the #Oscars . A NEW MEME IS BORN,” one fan tweeted along with the pic. 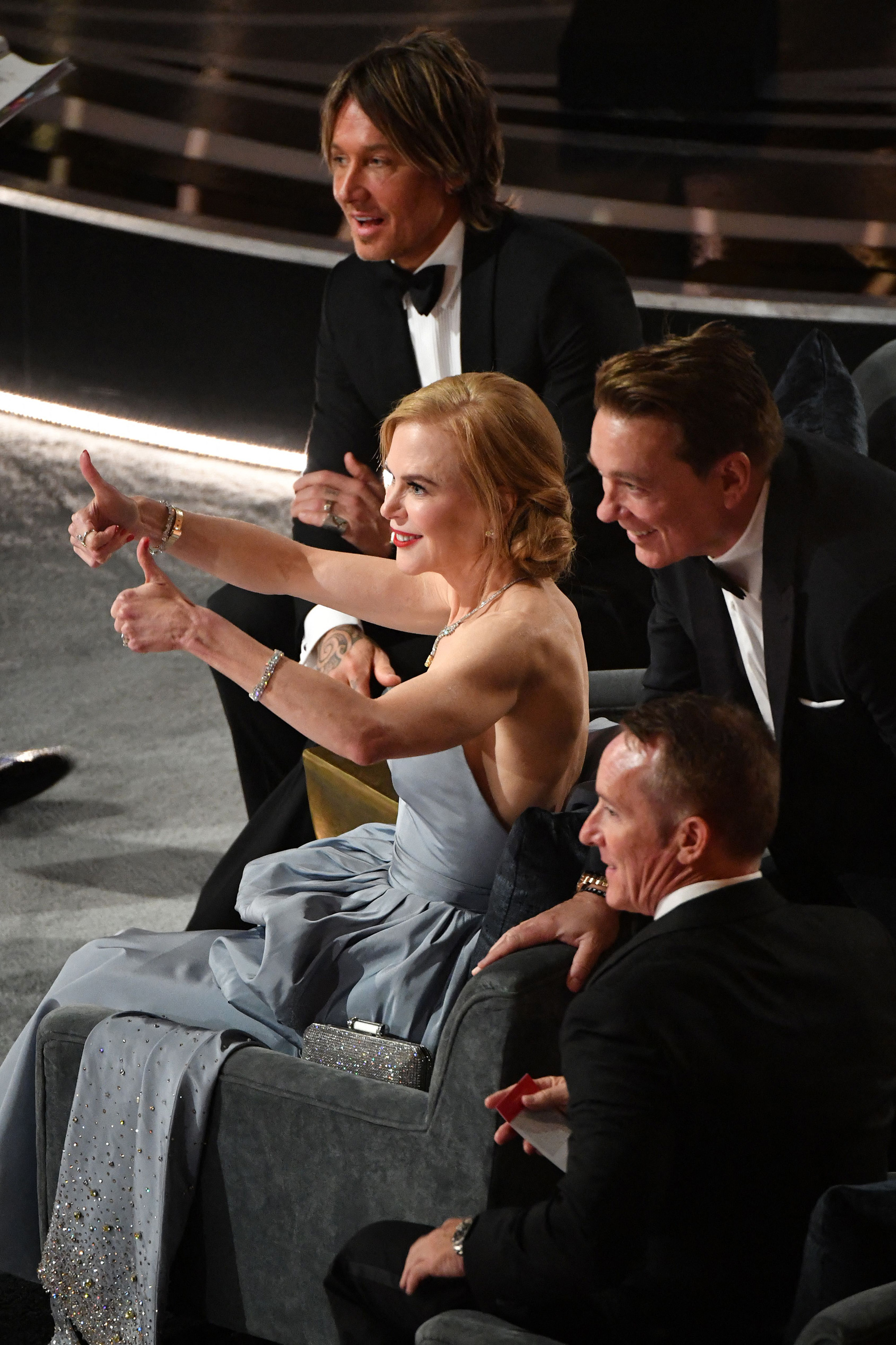 “NicoleKidman and her husband [Keith Urban] having a front row seat watching Will Smith slap the s–t out of Chris Rock #Oscars#Oscars2022,” another person wrote.

A third tweeted, “Nicole Kidman should have won an Oscar for her reaction to the Will Smith Slap.” 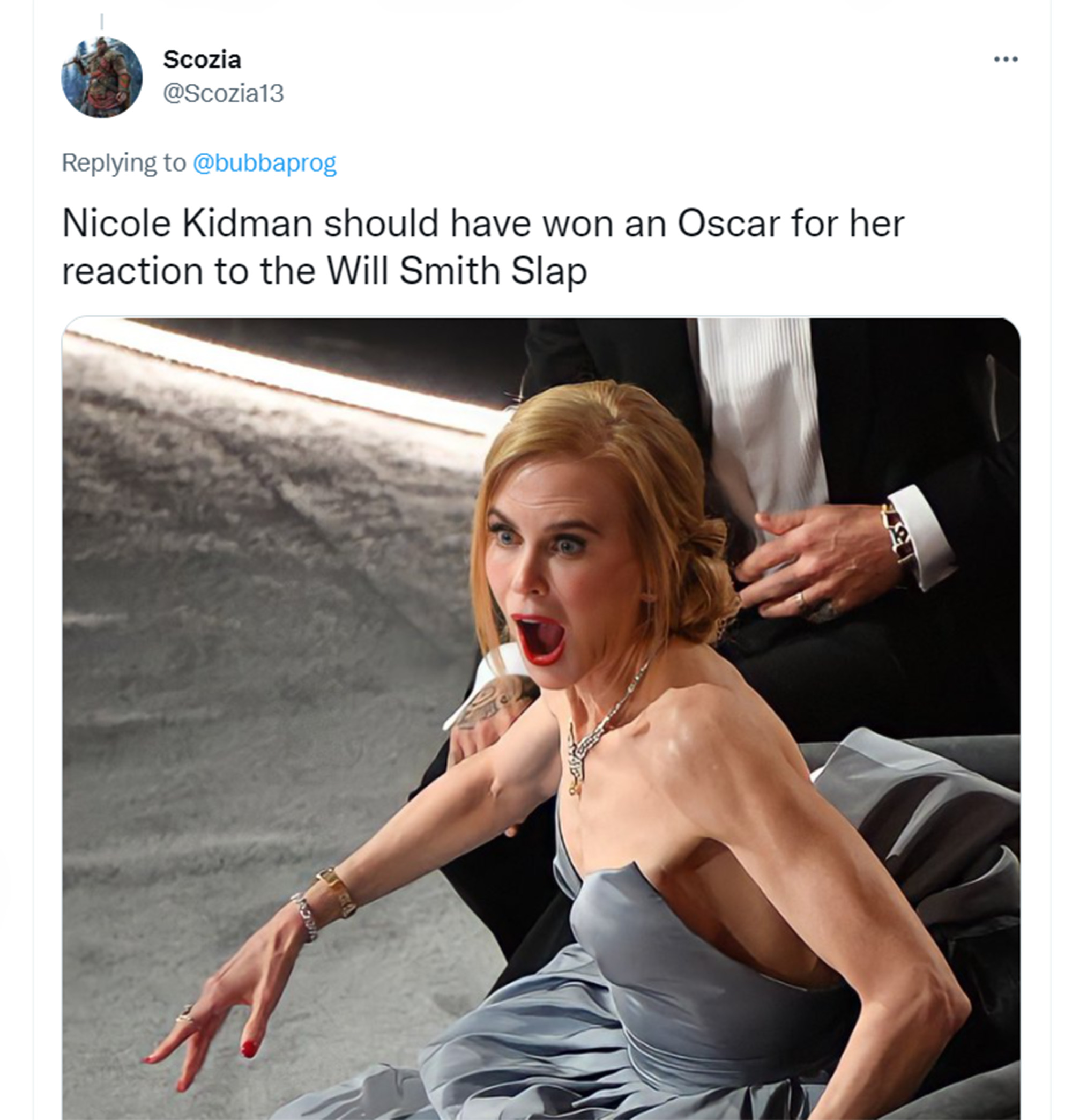 Fans were also quick to meme Lupita Nyong’o, who sat behind Smith as he told Rock to “Keep my wife’s name out of your f–king mouth.”

“Lupita Nyongo is all of us slowing realizing it’s not a bit, and Will is MAD mad #Oscars2022,” a fan tweeted alongside a video clip. 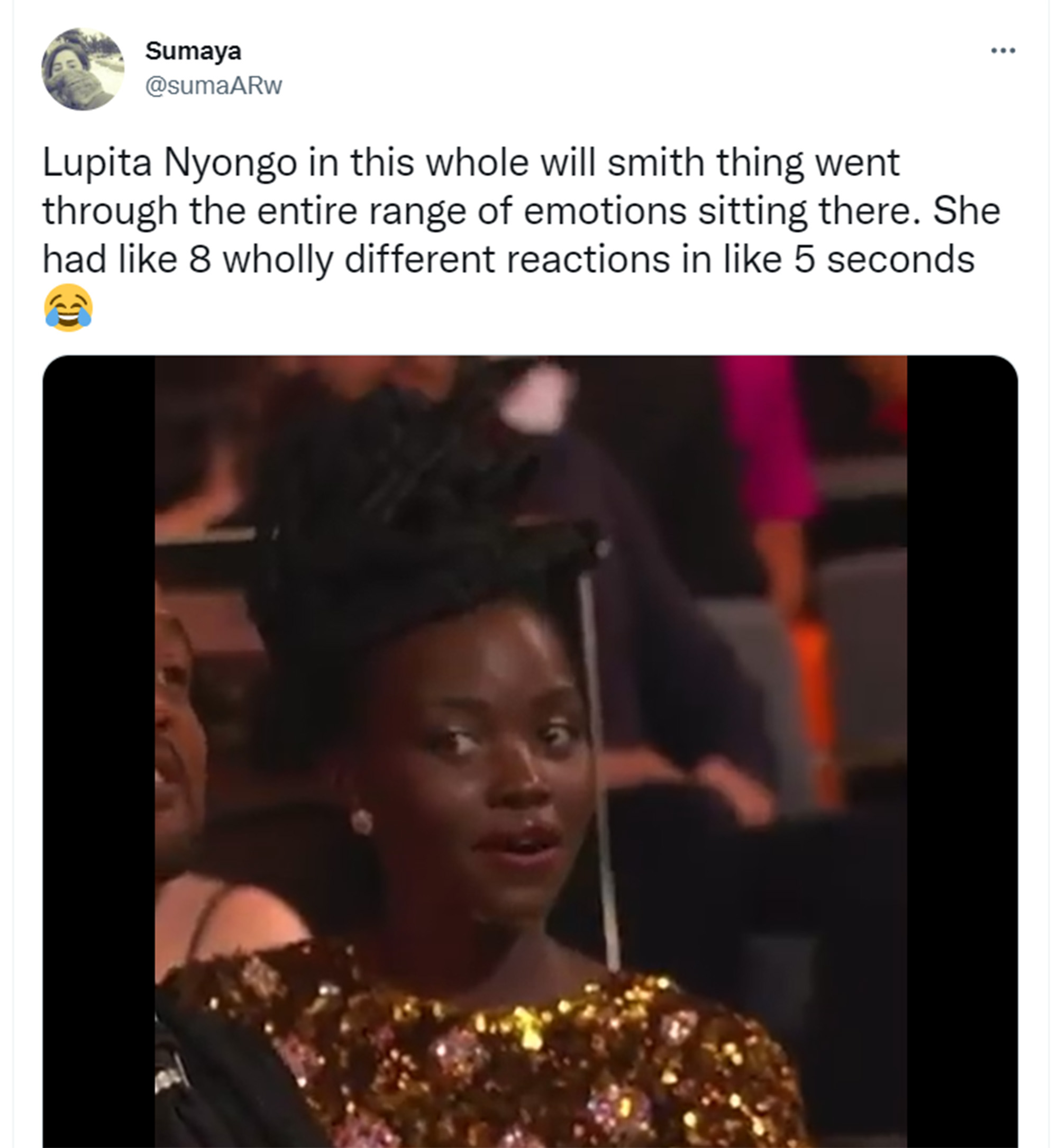 “Lupita Nyongo in this whole will smith thing went through the entire range of emotions sitting there. She had like 8 wholly different reactions in like 5 seconds,” another wrote.

Smith stunned the audience when he walked on stage and hit Rock in the face after the comedian joked about Pinkett Smith, 50, starring in “G.I. Jane 2” — mocking the actress’ alopecia. 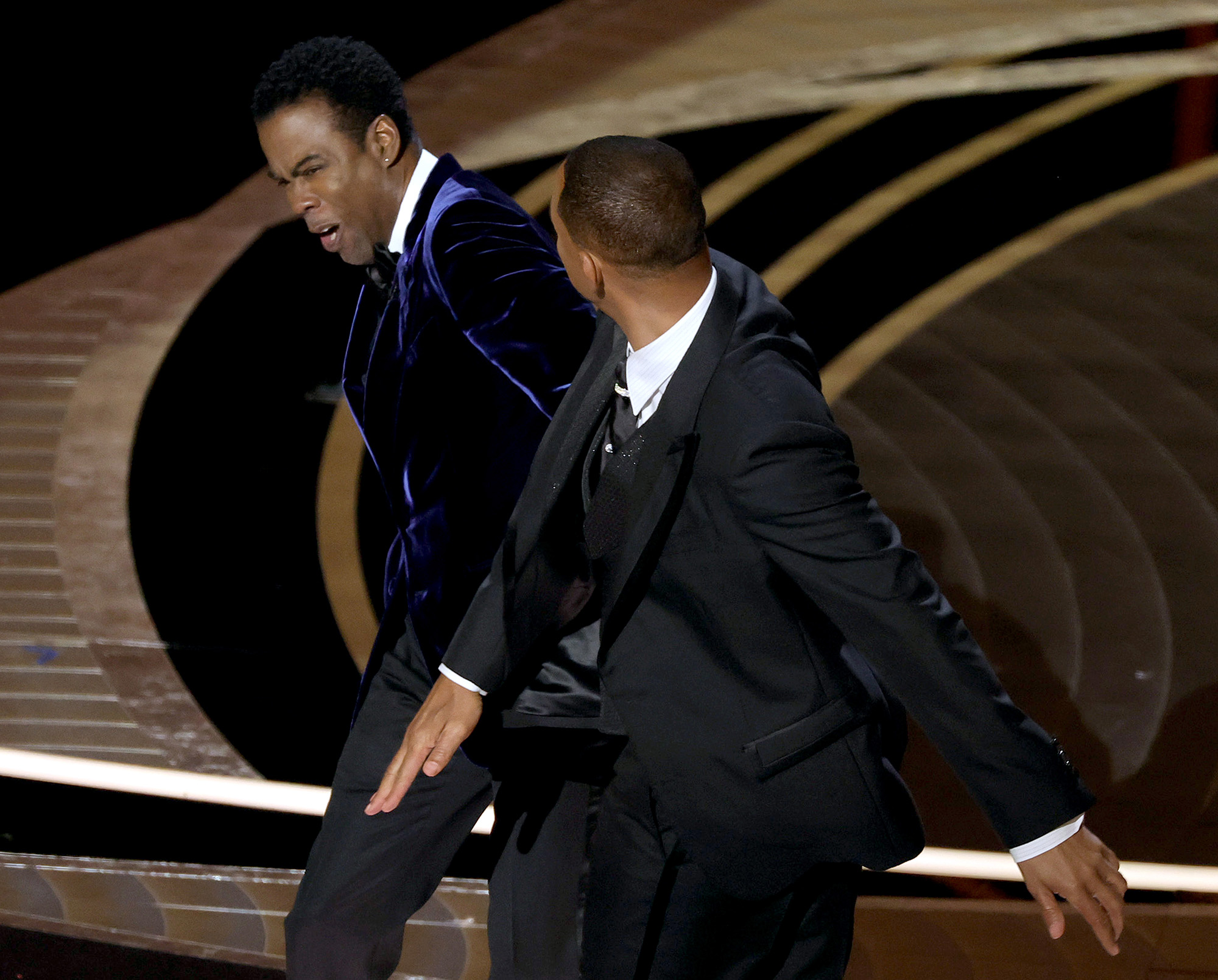 The “King Richard” star later gave a tearful apology to the Academy and his fellow nominees for his actions during his Best Actor acceptance speech. However, we’re told he and Rock didn’t bury the hatchet until after the awards show.

Sean “Diddy” Combs confirmed exclusively to Page Six at the Vanity Fair afterparty that Rock and Smith had worked things out.