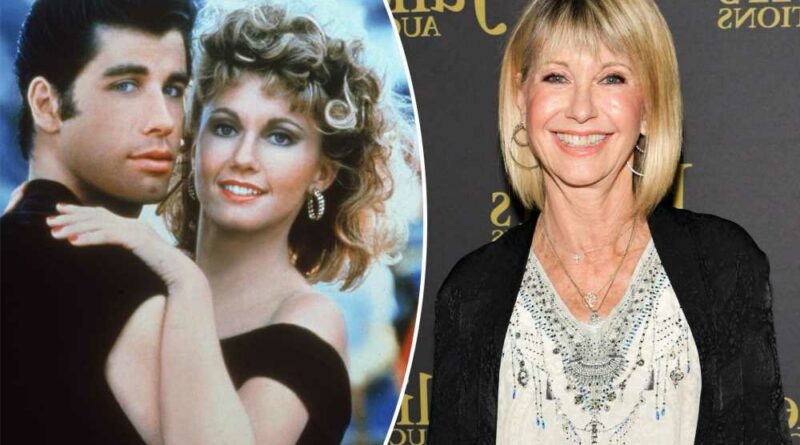 Olivia Newton-John, Grammy Award-winning singer and actress best known for her role in “Grease,” died after battling breast cancer for more than 30 years on Monday. She was 73.

She “passed away peacefully at her Ranch in Southern California this morning, surrounded by family and friends,” a statement posted to her Facebook on Monday said.

The statement continued, “We ask that everyone please respect the family’s privacy during this very difficult time.

“Olivia has been a symbol of triumphs and hope for over 30 years sharing her journey with breast cancer,” the statement said. “Her healing inspiration and pioneering experience with plant medicine continues with the Olivia Newton-John Foundation Fund, dedicated to researching plant medicine and cancer.”

Her family asked that any donations can be made in her memory to the Olivia Newton-John Foundation Fund.

She was diagnosed with cancer for the third time in September 2018. The Aussie star was first diagnosed in 1992 and again in May 2017. 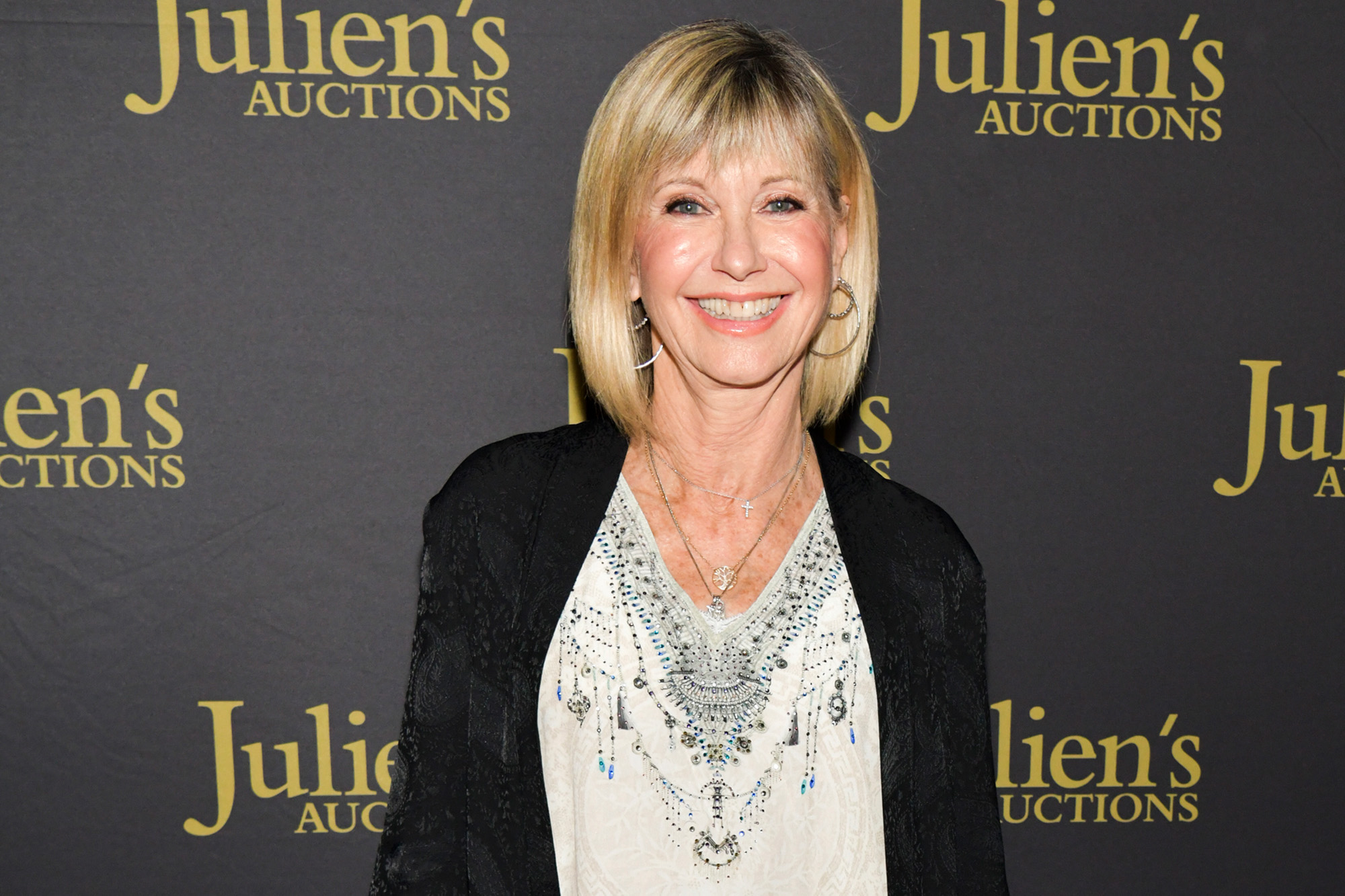 Newton-John was born in England on Sept. 26, 1948 to an MI5 officer Brinley “Bryn” Newton-John and Irene Helene Born. Olivia had an older brother, Hugh, and an older sister, Rona.

The family moved to Melbourne, Australia, when Olivia was six years old.

When she was just 14, Newton-John joined a girl group, performing in local venues and occasionally on Australian TV, where she won a trip to Britain talent contest.

Her first single, “Til You Say You’ll Be Mine,” was released in 1966 on Decca Records. She toured European nightclubs with Pat Carroll as a duet act called Pat and Olivia until Carroll’s visa expired, forcing her to go back to Australia. 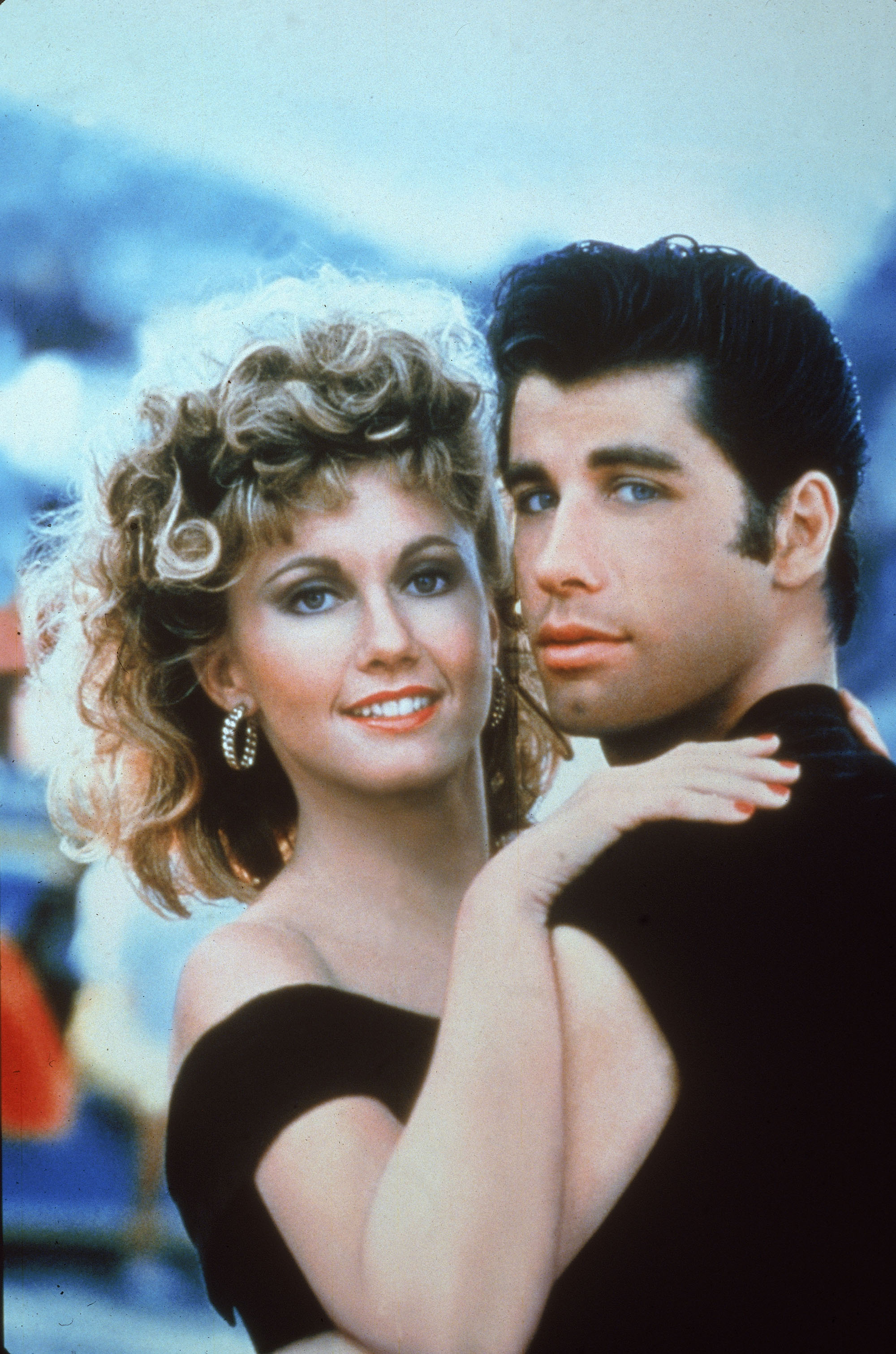 Newton-John stayed in Britain, recording and releasing her first solo album, “If Not for You,” in 1971, featuring the title track originally written by Bob Dylan and recorded by George Harrison. The song hit No. 1 on the US Adult Contemporary chart and No. 25 on the pop charts. Her career floundered slightly afterward stateside, not getting hit until dropping 1973’s “Let Me Be There,” which earned her another top 10 hit as well as her first Grammy for best country female artist and an Academy of Country Music Award for most promising vocalist.

Her music career continued to flourish throughout the 1970s, but she wouldn’t top the charts again until 1978 when “Grease” made her a movie star.

The film adaptation of the Broadway hit had Sandy changed to an Australian Sandy Olsson from American Sandy Dumbrowski, in part to accommodate Olivia’s accent. It was the biggest blockbuster of 1978, with Newton-John’s duet with co-star John Travolta “You’re the One That I Want” topping the pop charts and “Summer Nights” hitting No. 5. Her big solo ballad, “Hopelessly Devoted to You,” climbed to No. 3. 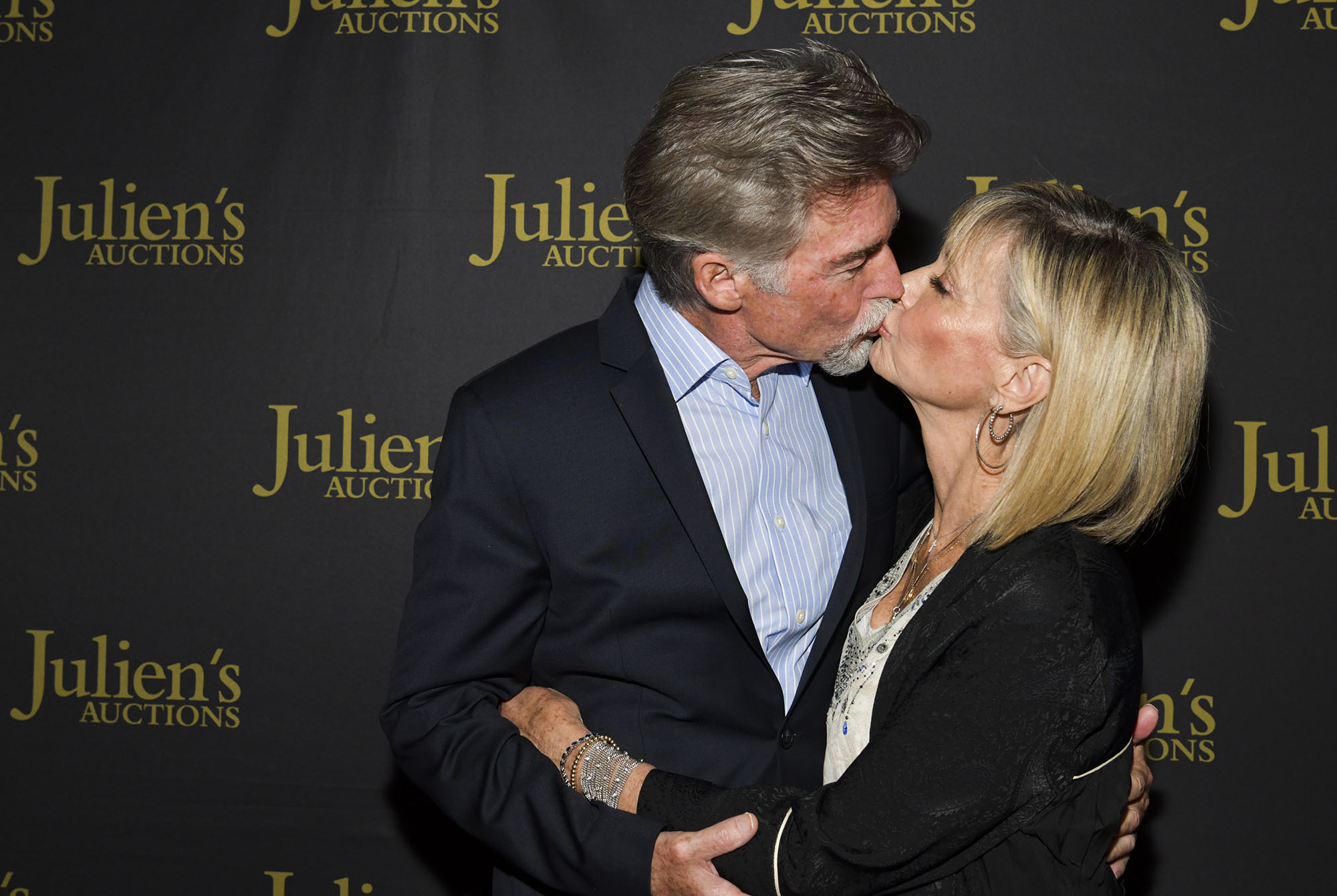 Just as Sandy Olsson went from a prim and proper good girl to a sexy, edgy bad girl, Newton-John also underwent an image revamp in her music career post-“Grease.”

She tried her hand at a second movie musical hit with “Xanadu” in 1980, but the film flopped with critics and didn’t resonate with audiences. The soundtrack, however, was a success, going double platinum and “Magic” going to No. 1 on the pop and adult contemporary charts, becoming the biggest hit of Olivia’s career up to that point.

The sexually-charged title track spent 10 weeks at No. 1 on the Billboard pop charts, eventually being named the biggest song of the 1980s. The provocative lyrics led two Utah stations to ban the track, which was eventually dubbed the Sexiest Song Ever, and the aerobics-themed music video becoming iconic for the medium.

She later told Fox News of the “Physical” phenomenon, “I never really thought of it as sexy. So I thought that title was funny. I mean, I was having a panic attack when it came out because I thought, ‘Oh, I’ve gone too far! We just need to do a video about exercise.’ And that made it even bigger! But I’m very thankful to have that song in my life.”

By 1985, her music career had cooled, but her personal life was blooming. In 1984, Olivia married longtime boyfriend Matt Lattanzi, who she’d met on the set of “Xanadu” and was 10 years her junior. She took a break from music while pregnant and welcomed daughter Chloe Rose in January 1986. She and Lattanzi would later divorce amicably in 1995.

In July 1992, Newton-John was poised for a comeback with “Back to Basics: The Essential Collection 1971-1992” when she was diagnosed with a malignant tumor in her right breast — the same week her father passed away. She canceled all promotion for the project while she underwent a modified radical mastectomy and chemotherapy.

“I’ve never regretted it,” Olivia later told People of her surgery, which also included a saline breast implant to replace the missing tissue. “I can’t wear anything too low because the implant isn’t perfect. You look in the mirror and it’s a reminder. But I’m here, and I’m lucky.” 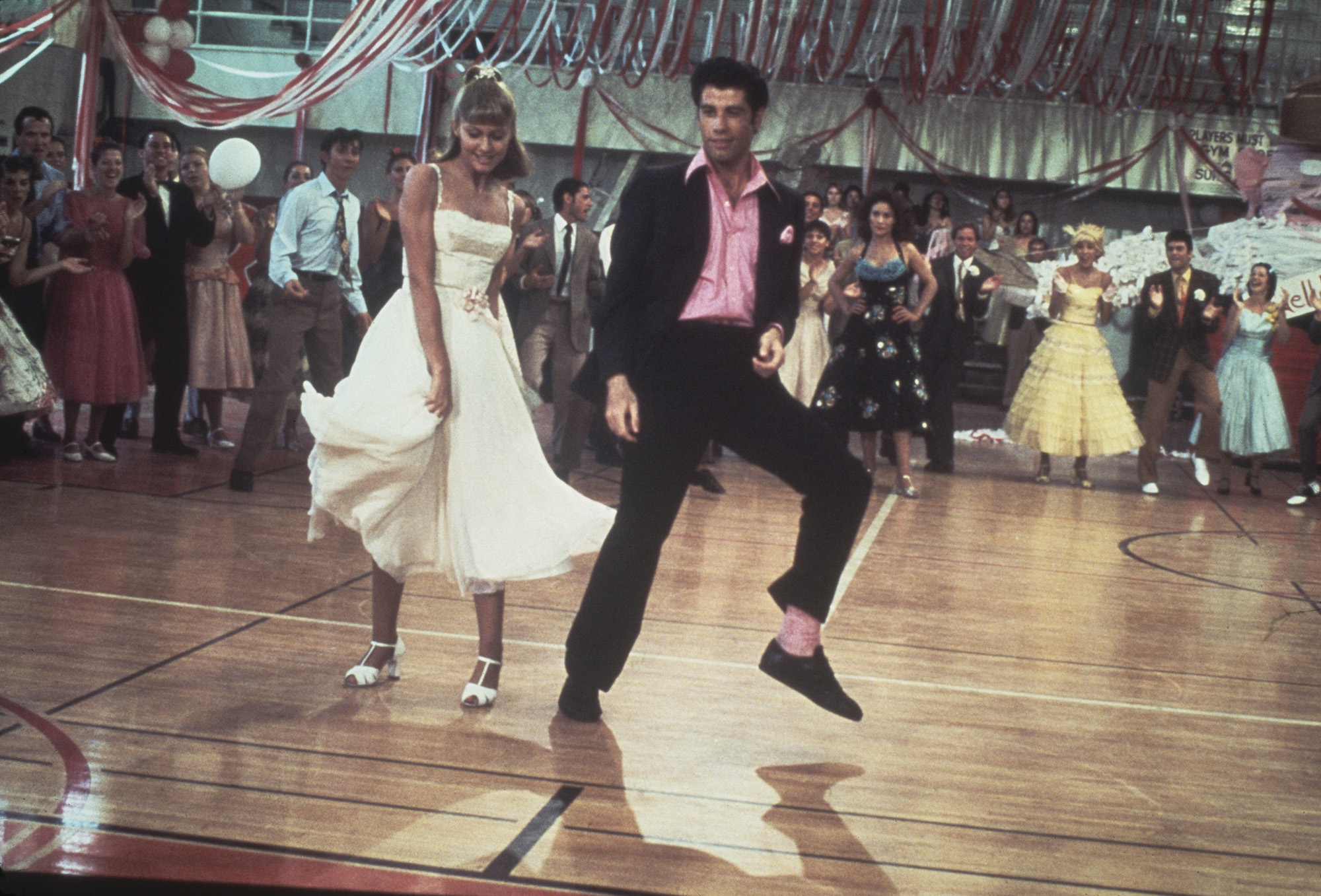 Olivia became an outspoken advocate for breast cancer awareness since her diagnosis.

In 2005, Olivia reported her boyfriend of nine years, Patrick McDermott, missing after he allegedly fell off of a fishing boat. While initial investigations dubbed him lost at sea, he was later rumored to be living in Mexico.

Two years later, Olivia had to cope with her daughter’s battle with anorexia and later with Chloe’s $550,000 worth of botched plastic surgeries.

The period wasn’t all doom and gloom, however: She married John Easterling in 2008 and credits him with her longevity in the light of the cancer fights she’s suffered from 2013 on.

Olivia kept her 2013 cancer, which was diagnosed in her shoulder after a car accident, private until announcing her 2018 diagnosis.

Throughout it all, Olivia continued recording, touring and acting, taking breaks only when her cancer returned in her sacrum in May 2017.

Still, the singer got back to work as soon as November 2017.

“I am no longer in pain and happy to say I am working again,” she told Closer Weekly at the time. “When I get to sing the songs I love, it’s like a gift,” said Newton-John. “Being on the road with my band has been healing for me. Of course, it was scary. But the words that came to my mind were, ‘This too shall pass!’ I just had to believe that I was going to be OK.” 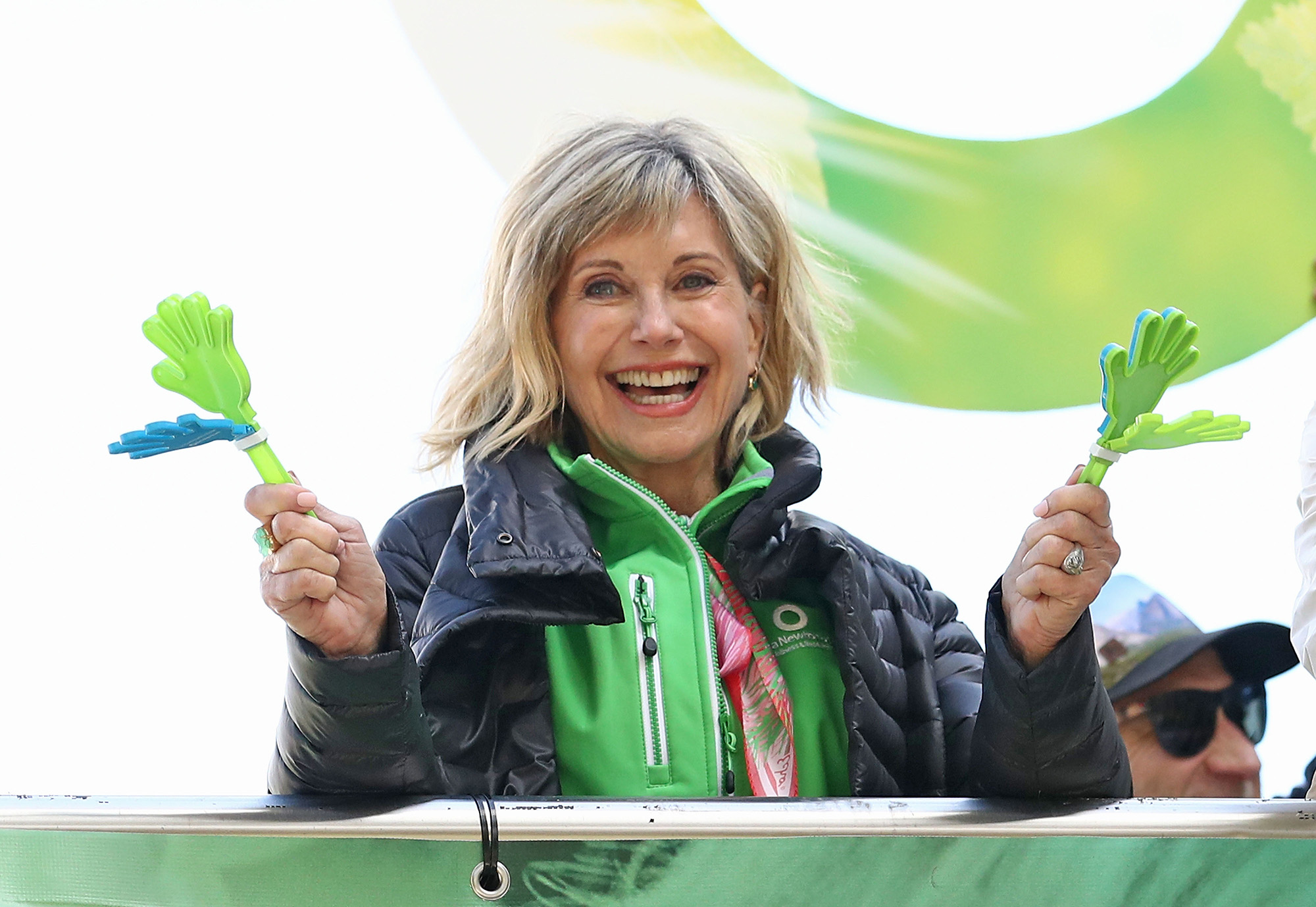 “I talked to my body,” she said of her recovery. “I affirmed that I was healthy and strong. Depression suppresses your immune system. I tried to get my mind off my troubles by focusing on the things that I am passionate about.”

She also credited marijuana, which husband Easterling grows legally on their California property, with helping her cope with her pain and treatments.

In September 2018, Newton-John said she didn’t focus on her illness, but on things that make her happy, as a means of getting through the day with a positive attitude.

“I’m a very privileged person, and I’m very aware of that,” she said. “I have a wonderful husband, I have all the animals I adore, I have an incredible career. I have nothing really to complain about.”