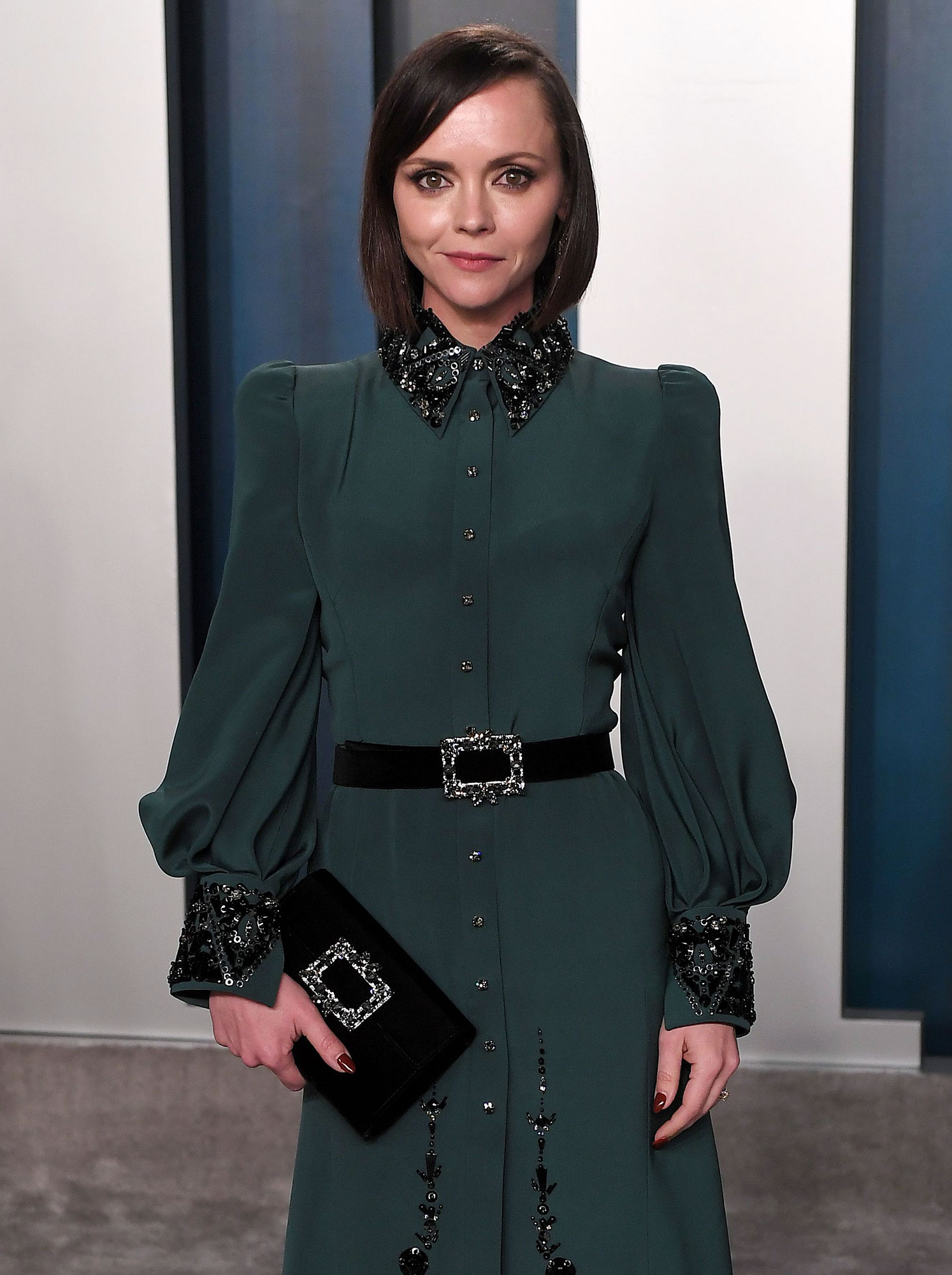 Motherhood comes first! Yellowjackets star Christina Ricci is thrilled she was nominated for a 2022 Primetime Emmy Award — she just needed a nap before she could celebrate.

Breaking Down Most Compelling ‘Yellowjackets’ Theories Ahead of Season 2

“My baby was teething really badly all last night,” Ricci, 42, told Entertainment Tonight Canada in an interview on Tuesday, July 12. “So I didn’t actually get to sleep really until five in the morning. So I overslept and my husband tried to wake me up at 8:40 a.m. to let me know I’d been nominated, but I chose to keep sleeping.”

The Casper star, who is nominated in the Best Supporting Actress category for her work as Misty on the Showtime series, revealed that she “woke up later to crazy amounts of texts and calls” completely unaware she’d be in such high demand.

“I didn’t realize that, you know, back in 1901 when I was nominated last, we didn’t do these phone call interviews after the nominations,” the California native, whose last Emmy nod was in 2006 for her guest role in Grey’s Anatomy, joked. “You were just sort of surprised. So I didn’t realize that I had to do this.”

Ricci shares 7-year-old son Freddie from her previous marriage with James Heerdegen, whom she wed in 2013 after they met on the set of Pan Am. The two were married for 7 years before calling it quits in 2020. The actress currently has full custody of Freddie after she filed a restraining order against her ex in April 2021. The Addams Family Values star also shares 7-month-old Cleopatra with boyfriend Mark Hampton, whom she began dating in August 2021.

‘Yellowjackets’ Season 2: Everything We Know

Now that she’s awake, Ricci has made calls to celebrate the big news — the first of which was to Yellowjackets costars Tawny Cypress and Melanie Lynskey, who also scored a nomination.

When it comes to why Yellowjackets is so successful, Ricci credits the “different feeling” and out-of-the-box approach the show provides viewers. “It’s so wonderful to have this sort of validation and acknowledgment that we made the right choices. Myself and the creators of the show,” she gushed about playing the peculiar Misty.

The Showtime drama follows Ricci’s character alongside Natalie (Juliette Lewis), Shauna (Lynskey) and Taissa (Cypress) through their time stranded in the wilderness as teens to their current adult lives after surviving a plane crash. Their traumatic experience leads the women down a dangerous path — and they aren’t afraid to get their hands dirty.

“Showtime does like their gore. But luckily, this is just a natural agreement on all of our parts,” showrunner Ashley Lyle said during a January 2022 interview with Slate. “We knew going in that we wanted to have a visceral quality to the show. Our intention is never to be shocking or provocative for the sake of it, but to pick our moments where the frailty of the human body is on full display, and we’re not turning away from it.”