Home » Lifestyle » On Transgender Day of Visibility, Celebrating Trans People Who Made History in 2021 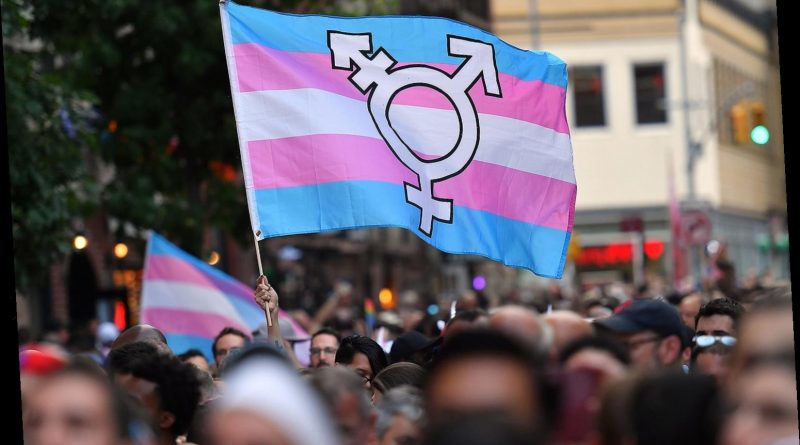 2021 has been a historic year for the transgender community — for better and for worse.

Within the first three months of the year, more anti-trans legislation has been introduced than ever before. The dramatic rise in bills aimed at curtailing the rights and protections of trans people coincides with an increase in visibility and representation for trans people across all spheres, from politics and sports to modeling and acting.

In honor of International Transgender Day of Visibility, we're paying tribute to some of the history-making achievements of trans people so far in 2021, and how they're paving the way for a better, safer and more inclusive future. On March 24, Dr. Rachel Levine became the country's highest-ranking openly transgender official — and the first to be confirmed by the Senate — with her role as assistant secretary for health in the Department of Health and Human Services.

"I will not be the last," Levine, 63, said in a statement to The New York Times. "When I assume this position, I will stand on the shoulders of those who came before — people we know throughout history and those whose names we will never know because they were forced to live and work in the shadows."

The Harvard College and Tulane University School of Medicine grad has been Pennsylvania's top health official since 2017, guiding the state through the COVID-19 pandemic. The actress, dancer and activist is the first Black and Asian American transgender model to appear in the iconic Sports Illustrated Swimsuit Issue, on stands this July.

Bloom is no stranger to the excitement and frustration the comes with breaking barriers in nearly every sphere she occupies: she became the first trans woman of color to headline a film at Cannes (2019's Port Authority) and in 2017, she was the first trans model of color to appear in Vogue India (which misidentified her as Geena Rocero, another trans Filippina model), according to Byrdie.com.

"I had to look at the bigger picture, which was the fact that I'm in Vogue," the Chicago native told the outlet. "When these big brands give women of color and trans people an opportunity like this, they begin to connect the missing links in society, and it just works." She added, "This is not a trend. This is what fashion is about. If it doesn't include everyone, it's not working."

Bloom is the second transgender woman ever to grace the SI Swimsuit Issue, following Brazilian model Valentina Sampaio in 2020. In honor of International Women's Day, the Bangladesh native was tapped to read a news segment on Boishakhi TV, making her the country's first transgender news anchor, according to the The New York Times. The role is historic for the country, which is one of few that formally recognizes a third gender, referred to as "hirjas" — meaning someone assigned male gender at birth who identifies as female — but has limited their visibility.

Related: Stars Open Up About Their Trans Experiences, in Their Own Words

"I was discriminated against for years," Shishir told The Times.  "I was born with a male body, but I was matching a woman's mind with soul," she explained, adding, "I had to prove that I exist in society."

"I think 2021 is lucky," she said of her hopes for more visibility and legal protection for trans people in Bangladesh. "I think I'm a part of this country now." The longtime transgender-rights activist and former Obama administration intern was sworn in on Jan. 12.

RELATED: Elliot Page Says He Wants to Use His 'Privilege and Platform' to Help Other Transgender People

"Growing up, it seemed like politics was where you could make the most amount of change for the most number of people in the most number of ways possible," McBride, 30, previously told PEOPLE. "And hopefully, it's a way to build a world where more people could live openly, authentically, and freely."