Home » Lifestyle » Once TV’s great and noisy disruptor, Netflix is a rebel with a new cause 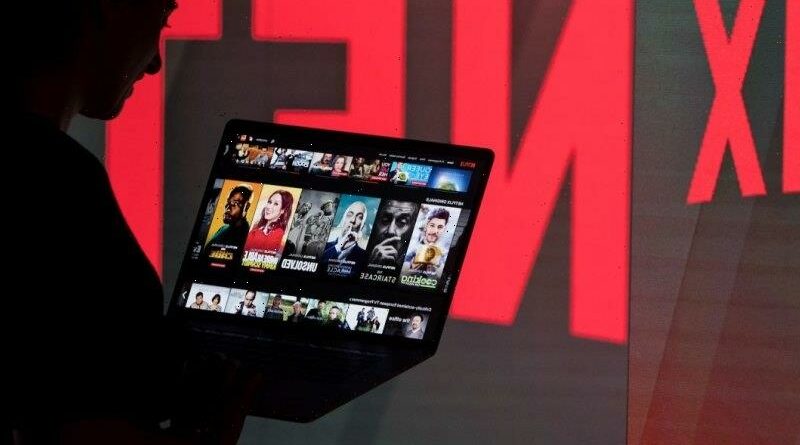 The revolution started on March 24, 2015. That was when Netflix launched in Australia and “dropped” its first original commission. The American version of the English political thriller House of Cards arrived with all 13 episodes of its first season. They could be watched at any time and at a pace that viewers preferred: single-episode bites, feature-length double-episodes, one big binge, or anything in between. And all of it blissfully free of ads.

Seven years on, we take that autonomy for granted. Back then, though, it was revelatory and wonderfully liberating after decades of commercial TV’s unhappy rule of loathed practices. These included running programs later than scheduled and beyond their allotted times, and making them virtually unwatchable due to the frequency and length of ad breaks. Now, things were never going to be the same again: there was an alternative offering freedom and flexibility. The TV landscape had fundamentally and, it appeared, irrevocably changed. 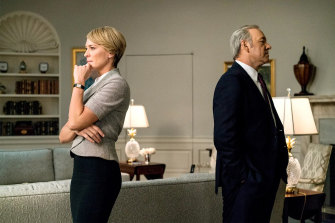 About face: Netflix has mooted the possibility of running ads on its service, a move that would potentially undermine the promises it made when it launched in 2015, with the Robin Wright and Kevin Spacey drama House of Cards.Credit:Netflix

But a recent round of tremors has rocked that brave new SVOD (streaming video on demand) world with the news that Netflix, for the first time, had recorded a slump in subscribers. It lost 200,000 in the first three months of the year, with predictions of a further 2 million to come, and its share price plummeted. A range of measures has been mooted by way of a response from the global behemoth that’s prided itself on being a loud and proud disrupter, a rebel that has merrily rejected the priorities and practices of “heritage” media. One of them sounds awfully familiar, and not in a good way.

It’s rumoured that the company will prevent or limit people from sharing their access to the service, or charge more for the privilege of doing so. The business famed for spending billions annually on content has also tightened its purse strings, axing programs and cancelling commissions (sorry Meghan Markle, no Pearl for you).

Furthermore, there’s likely to be an introduction of ads to the service, or at least to one of its tiers: subscribers might have to pay more to avoid them. What!? Advertisements, on a service that we’re already paying for? Hmm, sounds suspiciously like Foxtel. It also trashes one of Netflix’s original drawcards.

Reflecting on the changes that the pioneering Netflix and the subsequent pack of streamers have brought over seven years, a discernible drift back to the old ways is evident. A number of new series are arriving in weekly increments, either because that’s the speed at which the provider is gaining access to them, or because that provider has decided that a drip feed is the most effective way to sustain viewer attention. 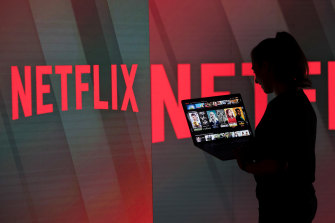 Netflix lost 200,000 subscribers in the first three months of 2022, with predictions of a further 2 million to come.Credit:Bloomberg

Many recent high-profile arrivals don’t allow us to binge. They premiere accompanied by the dispiriting qualification that an exciting new episode will be available next week. Among them: The Staircase, Julia and We Own This City (Foxtel on Demand and Binge); Billy the Kid, Gaslit and Hacks (Stan*); WeCrashed, Slow Horses, Tehran, Shining Girls and The Essex Serpent (Apple TV+); 1883, The First Lady and The Offer (Paramount+). So while the range is certainly there – and cheers to that – the way that you can watch these potentially addictive productions is via old-fashioned weekly instalments.

The arrival of the streamers accentuated and accelerated the flight from free TV and a fragmentation of the viewing audience that was already under way. Gone are the days when millions of us gathered to watch the same show at the same time, and then shared our thoughts the next day round the proverbial water cooler. The audience fractured, the sense of community splintered, and much of that discussion now occurs online. After two years of pandemic lockdowns, the value and the limitations of such interactions have been graphically illustrated.

An additional frustration has emerged for viewers since that fateful day in 2015. The mushrooming SVOD sector now includes global giants Amazon, Disney, Apple and Paramount, as well as News Corp via Kayo, Binge and Flash. There’s also the early local entrant, Stan, AMC and a range of niche providers: Acorn and BritBox for British productions; iwonder, DocPlay and Shelter for documentaries; ChaiFlicks for Jewish and Israeli content. All this and HBO Max to come.

So many choices, a veritable feast. As long as you’re prepared to pay for it, because otherwise, the hot new show that you just have to see could well be on one of the services that you don’t have access to. Today, subscribing to a single service can feel woefully inadequate, even downright frustrating. 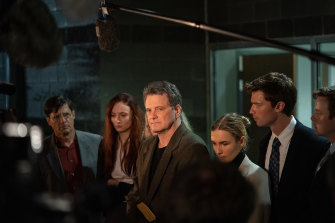 Colin Firth (centre) in The Staircase, an edge-of-seat thriller, which is dropping weekly on Binge.Credit:HBO/Binge

While there are free alternatives – ABC iview, SBS On Demand and Seven, Nine and Ten’s digital channels – access to much of the streamed content costs, and many of the providers have steadily and stealthily increased their rates: what once amounted to two cups of coffee a month might now set you back double that.

Despite the freedoms that they offer, the streamers are not without their frustrations. There might not be the ad blizzard of free TV, at least at the moment, but it’s impossible to avoid the pre-program promotions and almost impossible to prevent most services from abruptly cutting off the end credits in their unseemly haste to propel you on to their next exciting offering.

Apps that work well one day fail the next, or simply become incompatible with one’s home entertainment set-up. Punching letters into Binge’s user-unfriendly on-screen search engine is an exercise guaranteed to produce only frustration. And while there’s access to a wealth of content, as ever with TV, not all of it’s fabulous. There’s a lot of mediocre stuff out there.

This is a fledgling sector in flux, and its pioneer is in the process of a significant re-evaluation. As that happens, it’s disheartening to note how the once-noisy rebels are quietly adopting the practices of their predecessors.

* Stan is owned by Nine, the owner of this masthead.