Home » Lifestyle » The one thing wrong with Tim Hammond's resignation 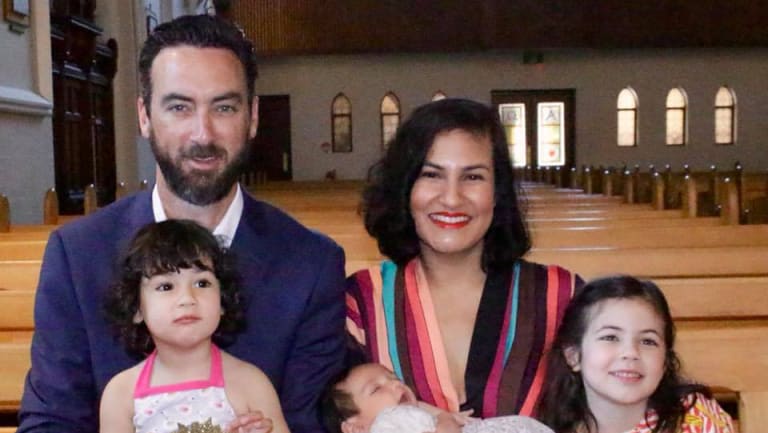 Tim Hammond with his wife, Lindsay, and their children.

The demanding schedule of Federal politics claims another victim, with a Western Australian MP retiring to spend more time with the kids. But contrary to most other circumstances of resignations such as these, the person retiring happens to be a father.

Tim Hammond, the Labor member for Perth, pointed to the long periods of time spent away from his family (and the hours required to travel between Perth and Canberra) as the reason for his exit from politics. In his announcement, he said, “It just wasn’t working. I just cannot reconcile the father that I want and need to be to three little kids while serving as a federal parliamentarian from Western Australia.”

MPs from both sides of the political divide have paid tribute to Hammond, with some sharing their own perspectives on the “gruelling” travel required of WA based politicians in particular. Anne Aly, the Federal Member for Cowan, told Fairfax Media, “You never get a weekend on your own. Never.”

Hammond has three children with his wife, the youngest of whom is only six months old. One can’t help but think this is as much a choice to be at home for his children as it is to be present and supportive to his wife. After all, as intensive as it no doubt is to spend so much time travelling to and from work and dealing with the daily irritations of federal government, looking after three children by yourself is no easy feat. As Hammond said, “There’s just too much that I miss out on as a father to kids who desperately need me. Every day that goes past is a day I’m not there for them.”

I had two reactions on hearing of Hammond’s resignation. The first was admiration for his commitment to fatherhood. We don’t hear very much about men who sacrifice their careers to spend more time with their children, and Hammond’s choice to do so acts as a fantastic example for men everywhere who struggle to navigate the balance between work and family. As a society, we need to disrupt the idea that child-rearing is the domain of women and encourage men to take a far more active role in parenting, which includes challenging notions around work and responsibility. I found it incredibly moving to hear Hammond speak about what he felt he was missing out on, and to witness the steps he has taken to try to restore some equilibrium to his life and happiness.

But the second thing I thought was how gosh darn unfair it is that people are still being forced to choose between their families and their work. It’s a choice that’s overwhelmingly more common for women (to the point where the inevitability of it can be used by employers to justify not employing them in the first place or hindering their promotion opportunities), but Hammond’s resignation is evidence of the fact that men also struggle to find a happy balance. Like Kate Ellis before him, Hammond shouldn’t have been forced to choose between representing his electorate’s interests and spending quality time with his partner and children. Frankly, these are the kinds of people we need as elected representatives – people with empathy, compassion and a deep appreciation for love and connection.

The federal government already reflects an intense lack of diversity when it comes to race, gender and age. It concerns me to know that very little is being done to support politicians who reject the idea that governance necessarily requires spending weeks at a time away from their families. All this does is reinforce the idea that politics and children don’t mix, a misguided belief that also works to significantly hinder the opportunities of women aspiring to political leadership.

The solution to this conundrum can’t be to throw our hands in the air and say, “Oh well, I guess you gotta choose!” Surely we can be more innovative than that? Having children shouldn’t preclude anyone from using their skills and expertise to contribute positively to society and the economy, nor should they have to accept giving up their career aspirations because a regressive set of rules from a different time still wants to believe that the mere existence of children detracts from a person’s capability.

Hammond will no doubt receive praise for his decision. It’s hard to fault someone for recognising how unhappy a circumstance is making them and taking the steps to correct that. And goodness knows we need a lot more examples of men embracing the importance of children in their lives, not to mention the importance of prioritising being in their children’s lives.

But we must go beyond the admiration and praise, and ask what can be done to fix the situation. Maintaining workplaces that are inhospitable to family and parents is not beneficial to our society in general, let alone to the diversity of the people being trusted to run it. We have so much fantastic technology these days – why can’t it be used to make it easier for politicians to work remotely? If the game continues like this, we’re going to keep losing good players. I wish Hammond well with his choice. But it should have been one that he (and Ellis) had never had to make.