Home » Lifestyle » Only one woman is exempt from curtsying to others 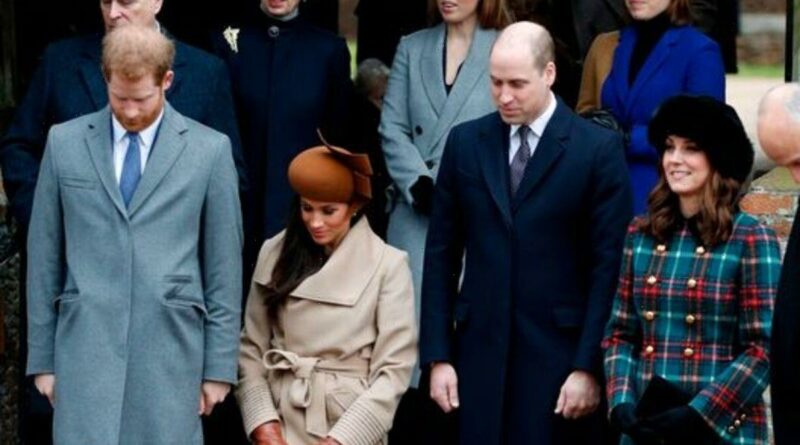 As for Meghan Markle, when she joined the Royal Family in 2018, she had to bob to almost everyone, unless Harry as with her, in which case she would also jump ahead of Beatrice, and Eugenie, like Kate.

Although old fashioned, royal women are expected to bow and curtsy to one another, based on a document the late Queen produced back in 2005.

Called the Precedence of the Royal Family to be Observed Court, it listed the royal women and their seniority to one another.

Even though Camilla was not born into royalty, members of the Royal Family had to curtsy to her when she married the then Prince Charles, heir to the throne, in 2005.

However, going against tradition, the Queen changed this due to the circumstances of Camilla and Charles’ marriage.

Women born into royalty, such as Anne, Beatrice, and Eugenie, were moved forwards ahead of Camilla, whereas those like the then Duchess of Cornwall, like Sophie, Countess of Wessex, stayed where they were.

In 2012, a year after Kate joined the family, the order was altered again to fit her in.

The then Duchess of Cambridge was expected to curtsy to Anne, Beatrice, and Eugenie, but not if she was with Prince William.

But, even when Kate was with William, she still had to curtsy to Anne. The Princess Royal’s rank did not change.

The same applied to Meghan Markle – the Duchess of Sussex had to curtsy to everyone when alone, but didn’t have to bow before Beatrice and Eugenie if she was with Prince Harry.

According to a source, the royal women not only curtsy to one another in public, but from the comfort of their own homes too.

They told the Telegraph: “What they do when there are no outsiders present I can’t tell, but I suspect they do [curtsy]. They all did with the Queen.”

The biggest change, though, to curtsying tradition since Charles became King, is that Camilla has leaped over Princess Anne, and all royal women must now curtsy to her.

Interestingly, when the Royal Family visit Sandringham for Christmas, which they are likely to do again this year, they are expected to arrive in ascending order of rank, according to tradition.

The late Queen Elizabeth II would have already made their way to the Norfolk estate weeks earlier, but, after that, it was the least important first.

Princess Anne’s children, Zara and Peter Phillips would arrived, followed by everyone else, and Charles and his wife last.

But will this tradition be continued by Charles?

According to a royal source, the new monarch might be too busy to think of altering such things.

Speaking to the Telegraph, they said: “It would be mistaken to think there has been any edict.

“There’s a massive in-tray of stuff, and all sorts of titles and patronages to deal with. Plus, the small matter of a coronation to plan.”