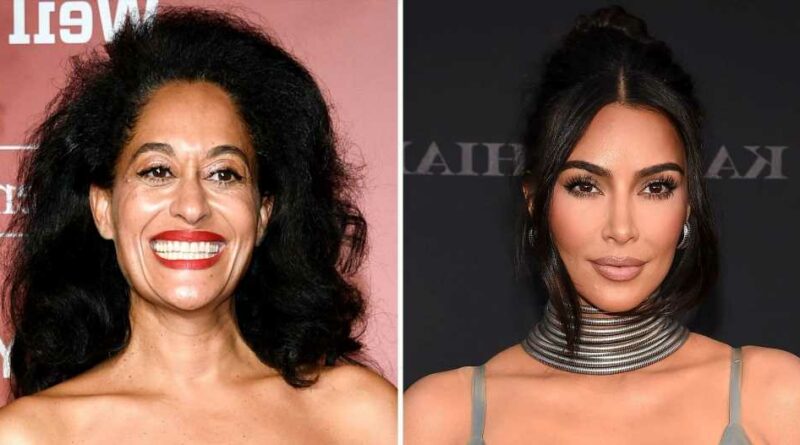 The perils of party-hopping. Kim Kardashian attended multiple soirées over Halloween weekend, but she found out too late that costumes were not required at one of them.

“That time I showed up to a birthday dinner in full costume when it wasn’t a costume party!” the Skims cofounder, 42, joked via her Instagram Story on Sunday, October 30. “Happy Birthday to the most beautiful kind soul [Tracee Ellis Ross].”

The Kardashians star included a photo of herself — dressed in her elaborate Mystique costume — posing with the Black-ish alum, who turned 50 on Saturday, October 29. As the Hulu personality noted, Ross was not wearing a costume, instead opting for a glamorous red gown with an off-the-shoulder jacket.

The Selfish author later attended an actual costume party with Diddy, who dressed as Heath Ledger‘s Joker from The Dark Knight. “Never broke character,” Kardashian captioned an Instagram Story selfie with the rapper, 52.

Celebs Dressing Up as Other Celebs for Halloween

Two of the beauty mogul’s friends also dressed as X-Men characters: Natalie Halcro, who went as Selene, and Olivia Pierson, who channeled Magik. After Kardashian shared an Instagram photo of the trio in their full superhero regalia, her friends and family chimed in to say how impressed they were by the costumes. 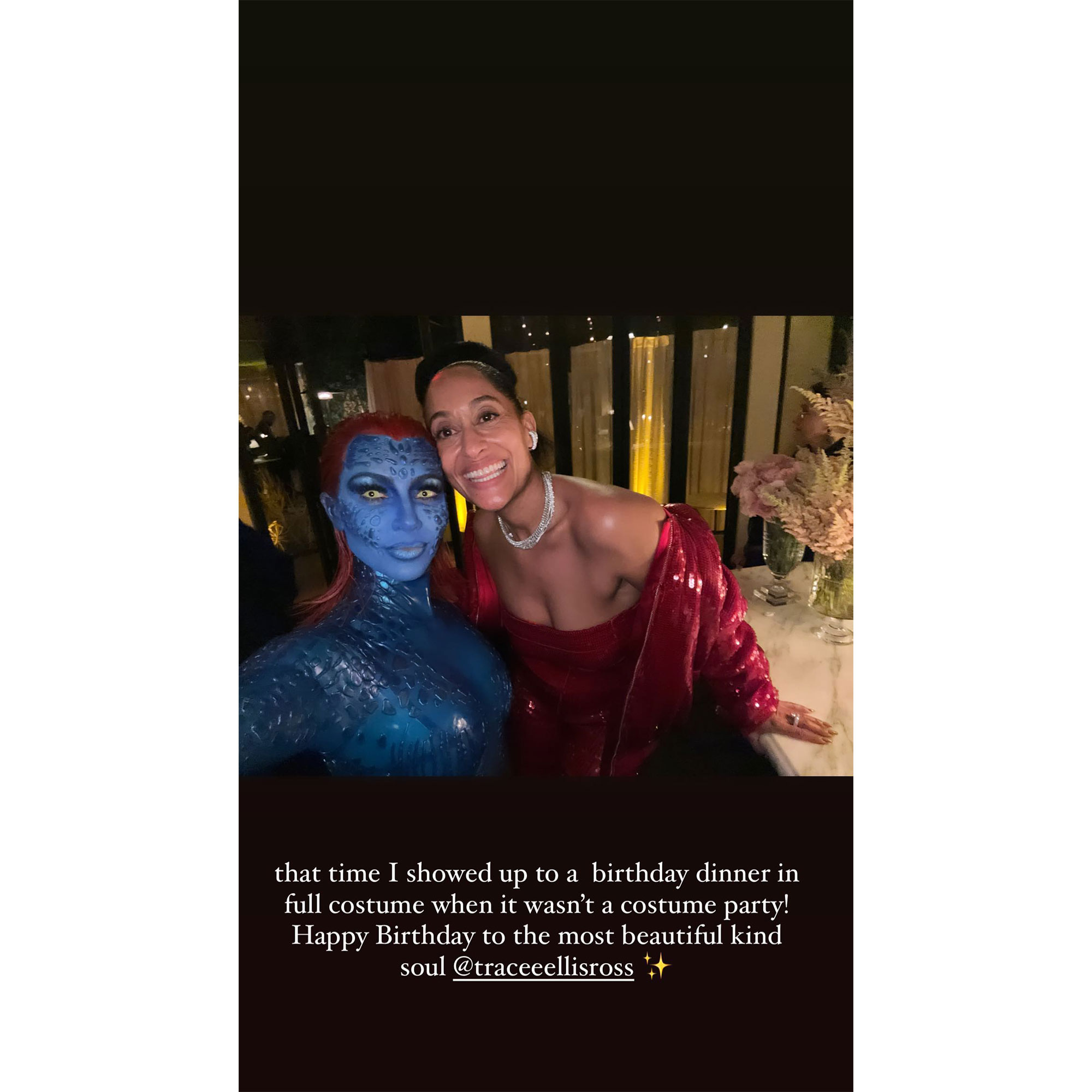 Kim wasn’t the only member of the Kardashian-Jenner family to go all out for Halloween. Her older sister, Kourtney Kardashian, dressed as Tiffany from Bride of Chucky with her husband, Travis Barker, as the titular doll.

Kendall Jenner, for her part, went as a sexy version of Jessie the cowgirl from Toy Story, while Kylie Jenner donned several different Bride of Frankenstein looks inspired by the 1935 film. Her mom, Kris Jenner, was a big fan of the outfit, commenting: “Kylie!!!!!! This is brilliant 🧟‍♀️.”

The Life of Kylie alum, 25, didn’t stop with just one costume, though, later sharing photos of herself as horror icon Elvira, again showing off a variety of outfits. The Kylie Cosmetics founder followed that up with a third costume on Monday, October 31, posting a snap of herself in a red latex bodysuit and matching boots. “Brb went to fight aliens in space,” she captioned the photo.

Kim’s children also got in on the action, dressing as four music icons from the ’80s and ’90s. North, 9, channeled the late Aaliyah while Saint, 6, was Snoop Dogg and Chicago, 4, dressed as Sade. Psalm, 3, rounded out the group as the late Eazy-E.