Home » Lifestyle » OSCAR CAINER asks what this weekend means for you? 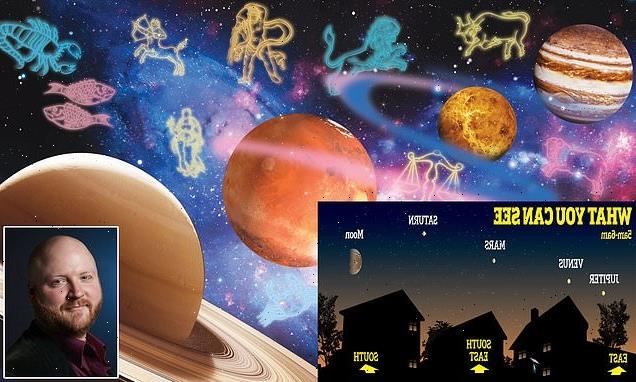 As FOUR planets align with the moon in a rare celestial spectacular, OSCAR CAINER asks: What will this weekend’s cosmic convergence mean for you? 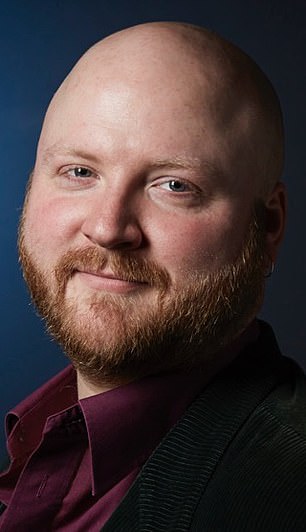 Oscar Cainer, pictured has analysed this week’s ‘planet parade’ which has bene forming over the past few days

A rare celestial event is taking place. Four planets: Jupiter, Venus, Mars and Saturn are visible in the heavens in what I’m calling a Celestial Crown.

And astrologically speaking, this rare event — which skygazers have also termed a ‘planet parade’ — has a dramatic effect on personal relationships, love and even events on the world stage.

This unusual alignment of planets has been taking form over the past few days, with the arched line-up enjoying its best visibility between 5am and sunrise in the eastern sky tomorrow morning. They can be seen without a telescope, but will ‘disappear’ as soon as the Sun edges over the horizon, obscuring the view (and remember, once the Sun is up, the naked eye can be damaged by star gazing).

In a moment of particular cosmic significance, the Moon today joins the line-up to lead the parade of planets across the pre-dawn sky, becoming most prominent on Monday and Tuesday about one hour before sunrise. And later in June, Mercury will appear as a fifth planet in the parade.

Distant Neptune is now locked in an embrace with Jupiter, in the sign of Pisces, that hasn’t taken place for 166 years. Meanwhile, in the far reaches of the solar system, tiny but potent Pluto is preparing to form a powerful alignment with Mercury as the Celestial Crown gathers strength.

This is certainly a tumultuous time in the astrological heavens — and all at a time when life on Earth feels particularly turbulent.

Jupiter and Neptune’s convergence pushes growth and consumption beyond usual limits. Whether it’s Russia brutally over-reaching its borders in Ukraine, ballooning inflation causing problems at home, or simply an excess of post-pandemic partying and indulgence catching up with us, the consequences are hard to ignore.

And, while the difficulties we’re all experiencing are likely to continue for some time, I dare say the Celestial Crown brings reasons for optimism and hopes for change.

Part of the parade forms a ‘miniature Grand Trine’. This involves vocal Mercury and transformative Pluto harmonising at 120 degrees to each other and directing their combined power at Jupiter, Venus and Neptune in the Pisces sign.

While the trine calls on us to communicate our values and defend what we believe in — more important now than ever — it also indicates that we can’t use strength to force ideas on others. Instead we must encourage change by steadfastly defending our beliefs and hopes, and by coming to agreements that champion compassion and justice. 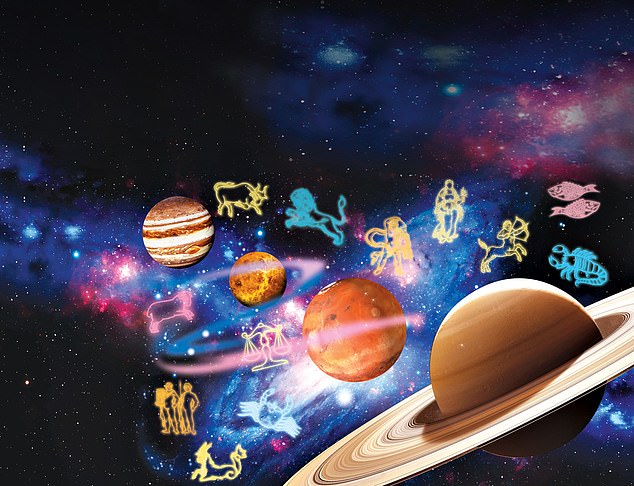 The unusual alignment of planets forms a ‘miniature Grand Trine’. This involves vocal Mercury and transformative Pluto harmonising at 120 degrees to each other and directing their combined power at Jupiter, Venus and Neptune in the Pisces sign

Looking out the eastern sky during the early hours of the morning it will be possible to see Jupiter, Venus, Mars, Saturn and the Moon

The steps out of our international struggles won’t be easy or pain-free — but the Celestial Crown points to a necessary metamorphosis; one that heralds future growth of a more inspiring kind.

The key moment to watch out for will be the Black Moon Eclipse next weekend. Like a ‘Blue Moon’ denoting a second Full Moon in one month, the equally unusual ‘Black Moon’ is the same phenomenon, but it occurs with New Moons. As the Moon disappears from the night sky, it allows the rest of the heavens to shine brighter and radiate more energy upon us.

This thrilling moment will mark a dazzling instance of change.

Eclipses have traditionally been seen as troubling omens for over-bearing leaders. But they’re wonderful news for the rest of us seeking to redress the balance in relationships, and create fairer conditions.

In combination with the Celestial Crown, the Black Moon Eclipse brings a real chance to change lives for the better. It could well be the breakthrough the whole world has been waiting for . . . 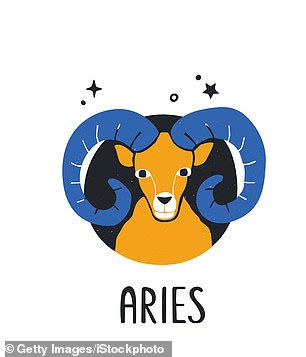 What do you desperately want to do but can’t seem to get done?

Are you on a journey that seems impossibly confused?

You’re strong and independent, so you wouldn’t naturally be inclined to rely on an event like the Celestial Crown to activate things for you. But don’t be too proud, or too headstrong — to ignore this offer of help would be a missed opportunity.

The Black Moon Eclipse encourages you to use your resources differently. You need to be sensitive to the situation you’re dealing with. This doesn’t mean you need to slow down, but by treading more softly you’ll find the direction that leads you to success. 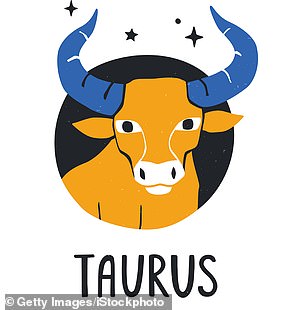 Doing what’s right isn’t always easy. It often involves sacrifice or uncomfortable conversations, whether with others — or ourselves! But doing the emotionally or physically healthy thing usually makes us feel better in the long run.

The Celestial Crown urges you to prioritise progress ahead of pleasure. Importantly, it asks you to make a change that may feel difficult at first, but in the end you’ll be grateful you persevered.

The Black Moon Eclipse in your sign helps, too. Pursuing a dream is easier than you think — and, once you let go, more enjoyable than you imagine. 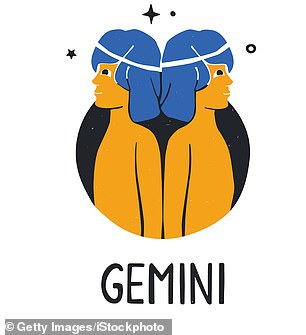 They say that if you do a deal with the devil, you’re going to get burned. But that expression was coined before flame retardant materials and professional indemnity insurance arrived!

We all have to put up with people interfering in our lives. But the Celestial Crown asks you to look again at the way you’ve invested in and intertwined yourself with someone.

They’re far from being a monster, and their meddling’s not as detrimental as you may fear.

The Black Moon Eclipse can change relationships for the better and ensure that lasting rewards will appear. 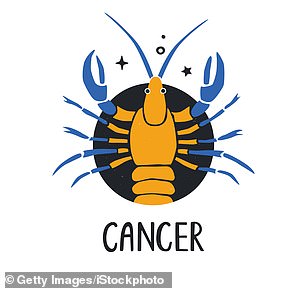 Hunger is difficult to manage. It’s not just food we yearn for but pleasure, comfort and emotional sustenance. And when our urges grow insatiable, it’s a tricky burden to bear.

The Celestial Crown asks you to broaden your spiritual diet. It’s urging you, with the help of others, to seek different ways to satisfy your cravings. This isn’t about betrayal or compromise, but progress and growth.

The Black Moon Eclipse is the moment of flux you need to encourage you to forge new alliances based on shared passions and feelings. The more you learn about yourself, the easier this will be. 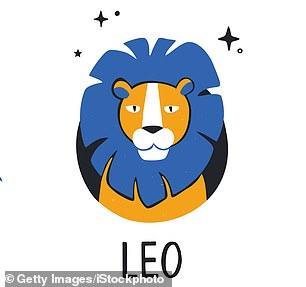 Many celebrity guides to success talk about visualising images of what success is ‘supposed’ to look like — some call it ‘manifesting’.

But wouldn’t it be more helpful to imagine what success truly feels like for you?

Far too often we chase hollow victories that do nothing to address the emptiness inside. But the key to lasting happiness involves searching for something far less obviously triumphant.

The Celestial Crown helps you discover what you need to feel good away from the limelight. The Black Moon Eclipse ensures you’re on the right path to get it. 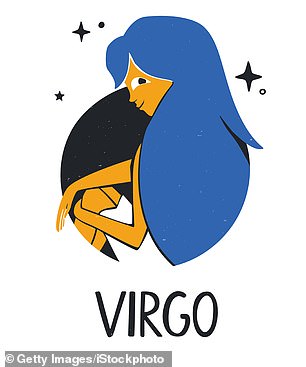 It’s easy to get annoyed when someone has the wrong impression about us.

The Celestial Crown shines a light on the mess and confusion that exists between you and someone important. It encourages more honest self-expression. The Black Moon Eclipse promises you don’t need to change to fit expectations. But when it comes to your relationship expectations, make sure to allow room for shift. 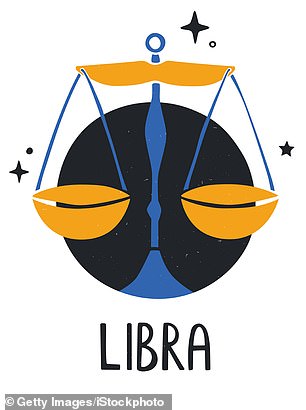 There’s no golden solution for every problem troubling you. Even lottery winners struggle with anxiety and emotional distress.

But under this rare celestial configuration, you’ll find yourself in a space where you can investigate hidden facets of yourself.

The Celestial Crown encourages you to look within to find the hidden power you never realised you had. It encourages you to express your opinions and live in a way that’s right for you, even if it feels unusual.

The Black Moon Eclipse promises the effects will be revelatory — and ultimately you may find your mind more at ease. 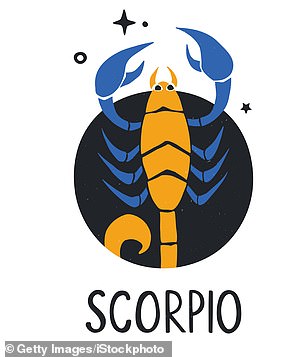 Partnerships don’t work without trust. But how can there be trust if the true nature of someone’s personality remains hidden? Honesty starts with expression; the sharing of feelings, hopes and dreams, and by showing vulnerability.

The Celestial Crown encourages you to build trust by being honest. It brings new opportunities and space to vocalise your concerns — and for you to listen to someone else’s.

The Black Moon Eclipse highlights a journey towards liberation, excitement and inspiration. This is the breakthrough your relationships have been crying out for. 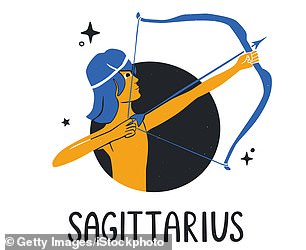 The path to the future is paved with bricks from the past.

Although spontaneity and creativity are valuable assets, even the most gifted inventor needs reliable, tested materials to draw on.

The Celestial Crown enables you to plan the journey ahead. That doesn’t mean losing faith in your ability to innovate. The planetary parade is asking you to identify what your heart is calling for, and for you to experiment with an approach that combines old and new.

You have the opportunity to see a bigger picture. The Black Moon Eclipse brings insights that enable you to make progress — and potentially fast. 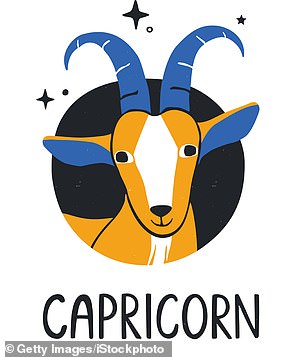 It often suits you to be underestimated. While other people might consign you to a pigeonhole, you have the ability to fly like an eagle without the off-putting glare of judging eyes.

But sometimes, you need to confound expectations and reveal just how magical you are. The Celestial Crown ushers in one of these moments.

It asks you to disclose how creative, interesting and imaginative you can be, while the Black Moon Eclipse indicates that honouring your true qualities won’t diminish your power or your chances of success. 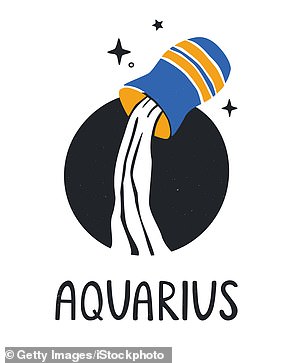 I love football because despite the dodgy owners and prima donna players, it can defy expectations.

No matter what you think you know, elite teams still get beaten by relative amateurs.

Some things can’t be analysed or explained by reason, and the Celestial Crown encourages you to embrace that truism and listen to your instincts.

Where in your life is there a situation that works in theory, but doesn’t feel quite right?

The Black Moon Eclipse ensures you’ll know what needs altering. A surprising victory can be yours. 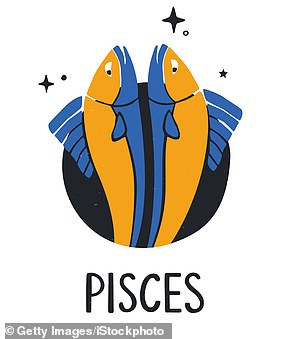 One technique involves looking in the mirror every day and saying ‘I love you’. Whether you practise this or not, self-appreciation is a feeling the cosmos wants you to develop.

As the Celestial Crown sees Venus catch up with your rulers Neptune and Jupiter, it’s time to nurture your creativity, have faith in the qualities that make you special, and express yourself with confidence.

The Black Moon Eclipse indicates that in communicating and celebrating your uniqueness, the love you experience will grow.