Home » Lifestyle » Oscar Music Snubs and Surprises: Jay-Z Is Out, Beyonce Is In and Diane Warren Runs Up Her Historic Tally 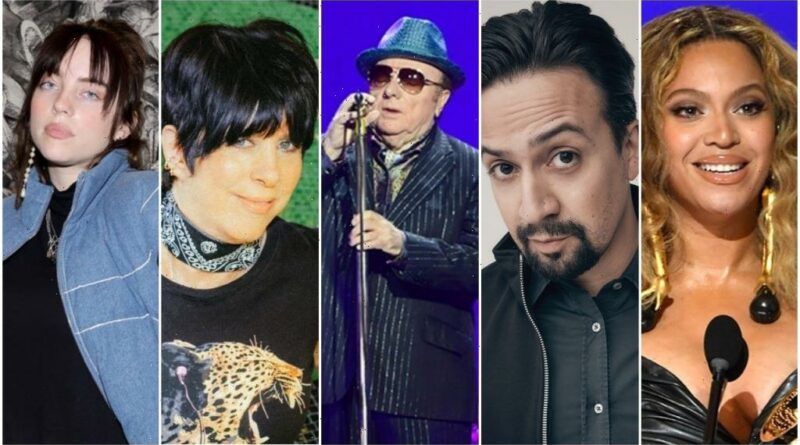 In the winnowing down of what was the most pop-star-studded shortlist for best original song in Oscar history, it was inevitable that there would be some big and beloved names left out what that field got narrowed from 15 to five. Among the music stars not making the cut: Jay-Z, U2, Ariana Grande, Kid Cudi, Brian Wilson, Jennifer Hudson, Carole King, Sparks and last year’s winner in the category, H.E.R. Making it: Beyonce, Billie Eilish, Van Morrison, Lin-Manuel Miranda and Diane Warren.

Oscar voters made history by delivering a pair of music nominations for the animated Disney film “Encanto”: Lin-Manuel Miranda for best song and Germaine Franco for best original score.

Miranda’s nod, for the Spanish-language “Dos Oruguitas,” is only the 11th time in Oscar history that a song not in the English language has been nominated. Only three foreign-language songs have ever won, and only one of those (“Al Otro Lado Del Rio” from 2004’s “The Motorcycle Diaries”) was in Spanish.

Much has been made in recent weeks about the TikTok hit “We Don’t Talk About Bruno,” but the Disney studio entered only the more emotional “Dos Oruguitas” from “Encanto,” a decision made months before “Bruno” videos started going viral.

If Miranda wins, he will ascend to EGOT fame, having already won two Emmys, three Grammys and three Tonys. It’s also the first song he has written in Spanish. He was previously nominated for a song in an earlier Disney animated film, 2016’s “Moana.”

As expected, Billie Eilish, with her first nomination for the title song of Daniel Craig’s final James Bond film, becomes the youngest-ever nominee in the category at the age of 20. The Bond song (co-written by Eilish’s brother Finneas O’Connell, also a nominee) has already won a Grammy and a Golden Globe. Most prognosticators give “No Time to Die” the edge, and if it wins it will be the third consecutive Bond song to triumph at the Oscars (after Adele’s “Skyfall” and Sam Smith’s “Spectre” song “Writing’s on the Wall”).

Score nominations were otherwise predictable, with Hans Zimmer earning his 12th nomination for the sci-fi epic “Dune” (he won for 1994’s “The Lion King”), Nicholas Britell his third nom for “Don’t Look Up,” Alberto Iglesias his fourth for “Parallel Mothers” and Jonny Greenwood his second for “The Power of the Dog.”

Some snubs and surprises:

Who didn’t want to go through two months of cute headlines about the husband-and-wife sparring possibilities if both Beyoncé and Jay-Z were put up in the category? The music branch voters, that’s who. But with “The Harder They Fall” not drumming up interest in other Oscar categories, Jay-Z ultimately faced uphill odds in getting into the final five with “Guns Go Bang,” especially with much of the liberally inclined Academy maybe not wanting to risk being seen as gung-ho for guns in 2022. Still, he had gotten a Society of Composers & Lyricists nomination, which seemed like an indication that the song had fallen on the right side of the Hollywood film music establishment.

Surprise: Diane Warren will not be denied

They love her. They really love her. And maybe that shouldn’t seem like a surprise, given that Warren’s nomination for “Somehow You Do” is her 13th in the category. But this was a rare year that prognosticators were reluctant to even pencil in the perpetual nominee, if only because of how little-seen the drug-addiction drama “Four Good Days” was. The first sign that Warren was likely going to land her usual nod after all was when she scored not one, but two Society of Composers & Lyricists nominations back in January. It would be ironic as well as unlikely if Warren beat the odds and finally won her first Oscar for a film most still haven’t heard of. But don’t count her out. Thirteen is unlucky for some, but Warren is likely to be adopting Taylor Swift’s more favorable view of the number.

Coming off the shortlist, Kid Cudi had two shots and missed out on both: He co-wrote and performed “Just Look Up” alongside Ariana Grande in Adam McKay’s “Don’t Look Up” and co-wrote “Guns Go Bang” with Jeymes Samuel and Jay-Z from “The Harder They Fall.”

Snub: Jennifer Hudson gets no respect

The Oscar noms for best original song mirror what the Golden Globes put up in the same category in four out of five cases. The one exception: the song Hudson co-wrote with Carole King and Jamie Hartman for the end credits of “Respect.” The very pairing of two intergenerational music powerhouses, Hudson and King, was a news story in itself; Variety put the two singer-songwriters on the cover. Hudson took to the awards circuit frequently and graciously, and once it started to become apparent that she might not be in line for the best actress nomination many believed she deserved, it still seemed like song could be in the cards, as a worthy consolation prize.

“What do you think we are, the Rock & Roll Hall of Fame?” the music branch seemed to say, when it came to rewarding rock veterans U2, Brian Wilson or Sparks for their songs for “Sing 2,” “Long Promised Road” or “Annette,” respectively.

Surprise: Van is the Academy’s man

There was an exception to the Academy’s rock-denying rule this cycle, and it was Van Morrison, who also obviously benefitted from a lot of cross-category love for “Belfast.” The film sported several catalog songs by the Northern Ireland songwriter, too, which surely helped to remind voters about the new one that director Kenneth Branagh commissioned for the opening credits, “Down to Joy.” It is Morrison’s first Oscar nomination.

Surprise: Beyoncé’s shot at being queen for “King”

The singer-songwriter managed her first Oscar nomination for “Be Alive,” which graces the end titles of “King Richard,” the story of Venus and Serena Williams’ determined tennis-coach dad. Her co-writer is Dixon. It may not seem like a surprise that she got in, but the Academy’s music branch has quite often proven highly resistant to sheer star-power  — as it was in the case of (ahem) Jay-Z this year. The fact that her song did not receive a Society of Composers & Lyricists nomination also seemed like a possible bad omen. But across more categories than just this one, “King Richard” turned out to be underrated coming into the nominations. She had previously been snubbed for her “Lion King” contribution, “Spirit,” but the second “King” was the charm.

A few months ago, Jonny Greenwood could have given Hans Zimmer a run for his Oscar when “Spencer” was tipped to be the second of two scores for which Greenwood was in the running. Despite Kristen Stewart’s best actress nomination, Greenwood’s “Spencer” didn’t quite pass muster with the music branch’s 383 eligible voters, leaving the Radiohead songwriter a single nomination for the well-liked “Power of the Dog.” The “OK Computer” rocker turned A-list composer should be perfectly OK with just one.