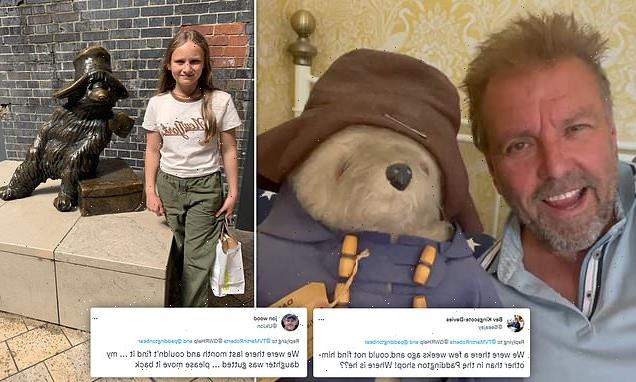 A hard stare from Paddington fans! Martin Roberts leads fight to reinstall statue of the famous bear under the clock at his namesake London station – after he was moved for safety reasons

A petition is calling for a bronze statue of Paddington Bear to be reinstated under the clock at Paddington station – after it was moved because of the new Elizabeth Line.

The bronze statue of Peru’s marmalade-sandwich loving bear, erected 22 years ago, got the boot after bosses at Network Rail decided his position blocked a safety evacuation route for the new Elizabeth Line.

Author Michael Bond’s character famously meets Mr and Mrs Brown under the clock after arriving in London – and the statue, by artist Marcus Cornish, sees the hat-wearing bear leaning on a suitcase.

Television star Martin Roberts filmed his dismay when he couldn’t find the statue during a recent visit to the station, telling his followers on social media, the bear was now ‘near a drain, next to a coffee shop’. 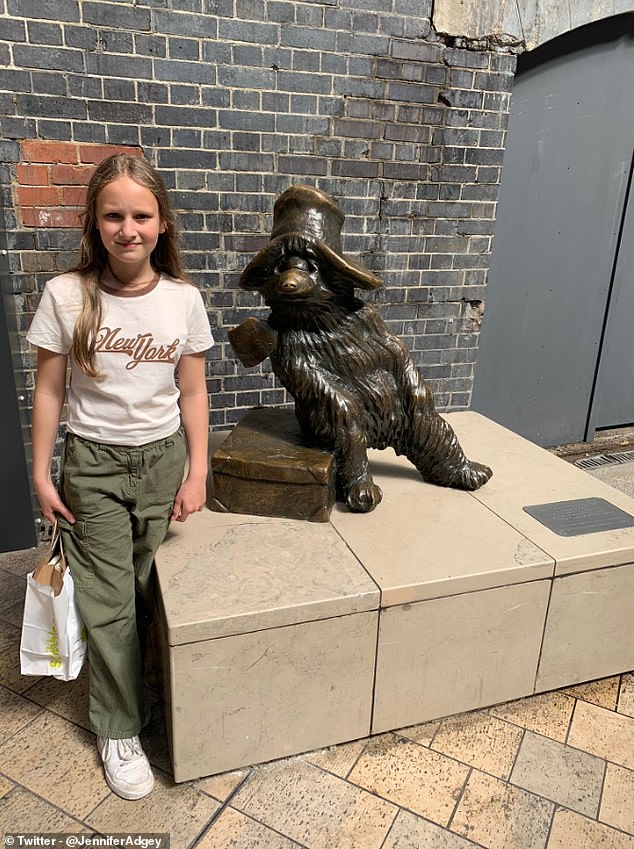 The arrival of the Elizabeth Line has seen the bronze statue, made by artist Marcus Cornish and erected in 2000, moved to a different spot – much to the outrage of fans. Twitter user @JenniferAdgey shared this photo of the statue’s less obvious new location 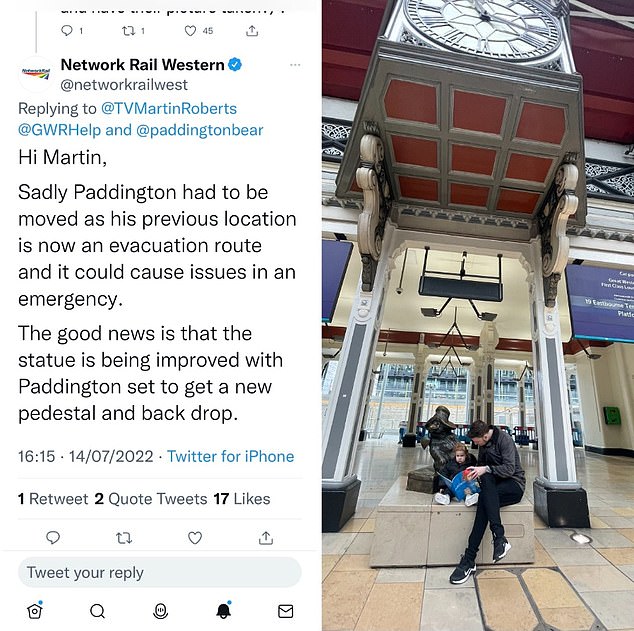 No can do: Network Rail said the statue could no longer sit under the station clock for safety reasons 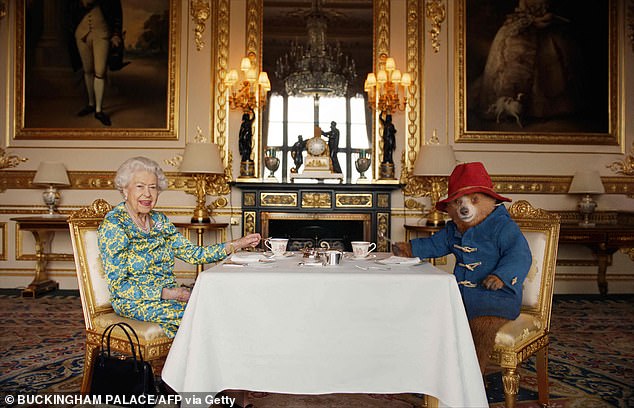 Awkward? The Queen and Paddington Bear famously marked the Platinum Jubilee with tea at Buckingham Palace – but the Elizabeth Line has seen Paddington ousted from under the clock

At the Platinum Jubilee celebrations, the Queen and Paddington starred together in a comedy clip ahead of the Party at the Palace – but it seems the rail line named after the monarch has directly led to the statues relocation.

Roberts, who presents Homes under the Hammer, saw his video get plenty of support from fans of the book.

In the video, he said: ‘Paddington Bear, as you know, was discovered by Mr and Mrs Brown in Paddington station.

‘And for years, there has been a Paddington statue underneath the clock over there, where Paddington was first found.

‘When they opened the Elizabeth line, they decided – in some mad idea – that they would move Paddington to here – in this rubbishy little area, away from everybody. 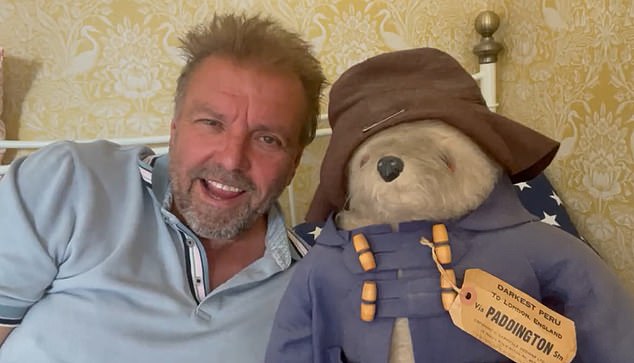 Many say they can’t find the new location ‘near a drain, by a coffee shop’ – with TV star Martin Roberts leading a campaign to get the bear back to where he was 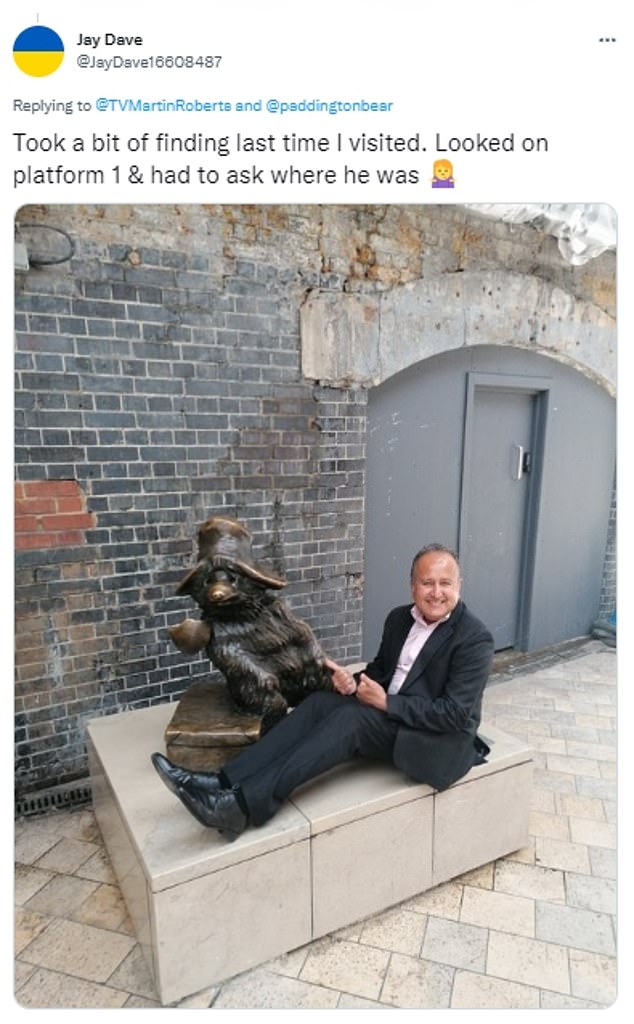 He added: ‘So, I don’t know who made this decision. I know there are bigger problems in the world, right? But I think this is rubbish.

‘And so, help me complain to get Paddington moved back to where he should be, which is over there by the clock, which is where he was found.’ 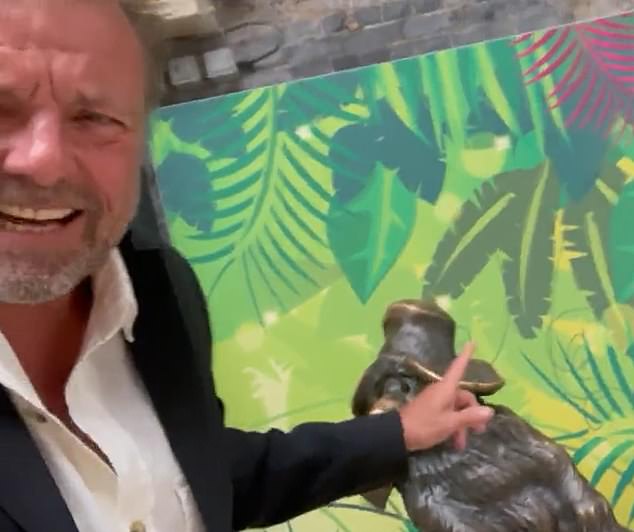 Roberts is calling on people to help him ‘get Paddington moved back to where he should be, which is over there by the clock, which is where he was found’

Plenty agreed that they haven’t yet been able to find the bear in his new, less prominent location.

@UkJon added: ‘We were there last month and couldn’t find it… my daughter was gutted … please move it back.’

@Beeajay wrote: ‘We were there a few weeks ago and could not find him – other than in the Paddington shop! Where is he??’