Home » Lifestyle » PALM barmy! Add a touch of exotic to your home with tropical prints 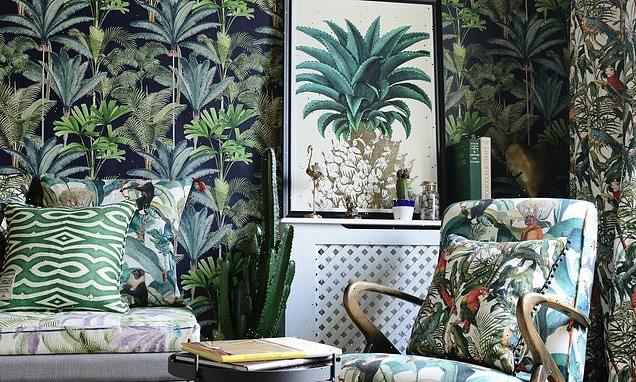 Barmy for PALMS! Add a touch of the exotic to your home with Victorian-style tropical leaf prints

The love affair with palm leaf prints is the latest homeware trend to have its roots in the past. For the Victorians, palms were an obsession and it seems that we are about to be gripped by the same craze.

The works of the 18th century Swedish botanist Carl Linnaeus were the prime cause of the Victorian obsession with palms, both as an object of study in hot-houses and as a form of decoration.

Influenced by Linnaeus, they regarded palm trees — of which there are about 2,600 species — as the ‘princes of the vegetable kingdom’. 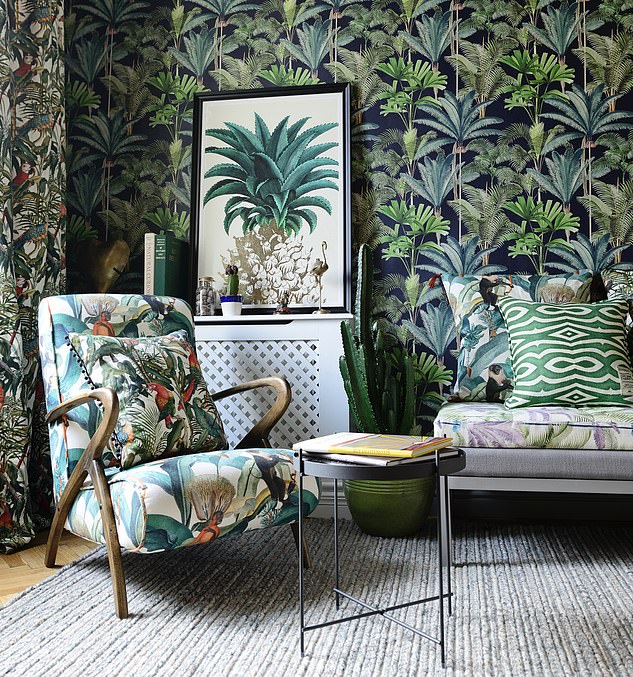 They considered them to be not only beautiful, but also bountiful, contending that they could be used to supply every necessity: food, drink, shelter and much else.

In this decade of the 21st century, palm leaf prints answer the need for more vibrant shades and exoticism in our homes.

The main monument to this Victorian botanical passion is the Palm House in London’s Kew Gardens. A book on the building in 1848 of this pioneering example of steel and glass architecture — Palace Of Palms: Tropical Dreams And The Making Of Kew by Kate Teltscher — gives an insight into this fixation.

As the book’s cover depicts the giant fronds to be seen at the Palm House, it makes a fashionable addition to a coffee table (£9.99) .

The fascination with palms began in the late 1700s. The thriving palm houses in Hackney, East London, were the inspiration for Palmeral, the range of palm leaf cushions, fabrics, lamps and wallpapers in deep blues and greens from House of Hackney.

A large Palmeral cushion in midnight blue and green costs £175. The Sanderson Palmhouse ink and teal cushion is a more modest-priced investment at £50. A single piece can be enough, unless you are aiming to create a ‘jungalow’ environment. 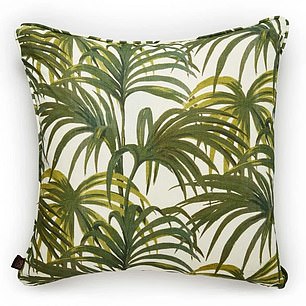 A nother reason for the growing popularity palm leaf trend is that it can be executed in a dramatic, or an understated way. Wallsauce’s Watercolour Palms wallpaper, from £30 per sqm, has a pattern so realistic you could believe yourself to be on the beach in the Caribbean or driving down a Los Angeles boulevard.

Most people would feel happier with something more low key, such as the Galerie Palm Leaves wallpaper, from £37.95 per roll, from John Lewis in a grey-and-white pattern that is reminiscent of an illustration in a Victorian volume on travels to far-off shores (johnlewis.com).

There is a new interest in monochrome wallcoverings in dining rooms inspired by the coverage of Gwyneth Paltrow’s Californian home.

Her formal dining room has grey and white handpainted wallpaper, depicting a landscape of trees, rocks and rivers. If you want an artwork in this monochromatic antique style, La Redoute has a £172 three-part canvas (laredoute.co.uk).

Making the transition into any type of pattern represents a challenge for anyone habituated to neutrals.

But it is possible to start small, H&M Home has a £6 grey-and-white cushion cover depicting tall palm trees amid ruins and a £12.99 poster of palm species in green and amber tints that also looks as if bought from an antique shop.

Marks & Spencer has a grey and white palm leaf print bedding set (£39.50 to £69) under which you could dream of sailing away to a land of adventures. With the aid of the £295 antique gold palm table light from NotOnTheHighStreet you could plan such a trip.

If you do not want to change your decor simply add a few potted palms to your interior, getting ideas on their display from the big Instagram names such as @thesill or @thespruce.

The parlour palm, or as Linnaeus would have called it Chamaedorea elegans, was a Victorian favourite and remains so today because this is an easy maintenance plant that immediately adds a feeling of luxury to any home. At Hortology, parlour palm prices range from £16.99 to £59.99.

If you lack the skill to nurture indoor greenery you will find fake palms at retailers such as The Range and Blooming Artificial has a 195cm high £168 Paradise Palm, Howea belmoreana, to fill a dull corner.

Some call it a party tent. For others it’s a gazebo, a fake Latin name devised in the 18th century for a structure providing shelter against the elements in a garden.

But whatever name you choose, this steel and canvas canopy makes it possible to entertain outdoors, even if it’s raining. 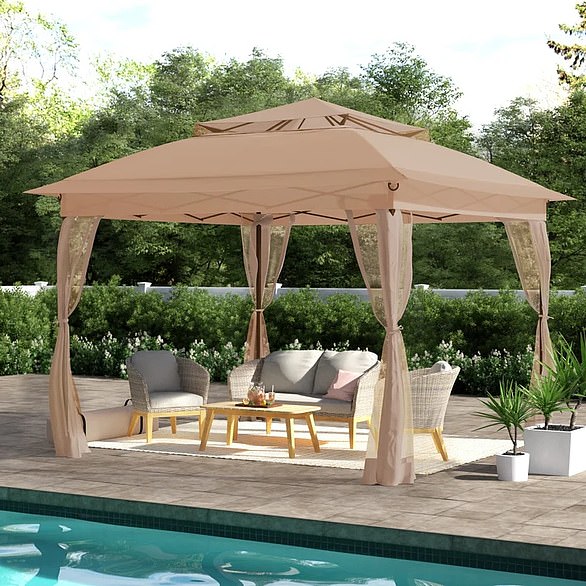 This retailer also has larger models with mesh curtains to deter mosquitoes, including the Blue Elephant in khaki brown (pictured), which was £254 and is now £189.99, down 25 per cent.