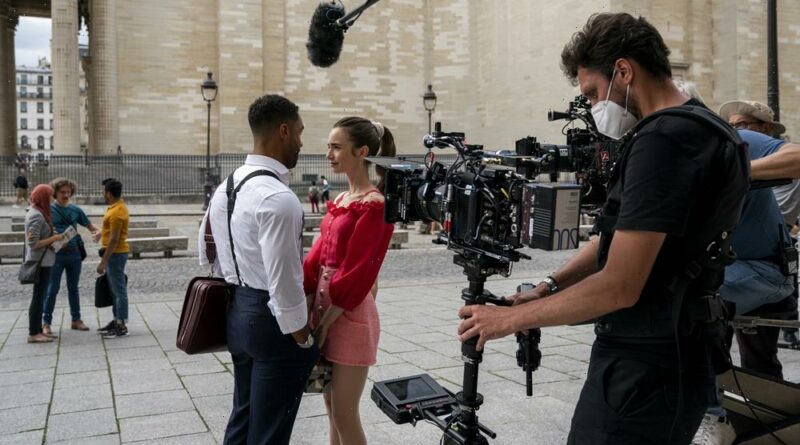 Speaking at a panel organized by Paris Images Online, Hélène Dudragne, film commissioner at Film Paris Region, confirmed that four new studios are to be built in Paris and the surrounding area. The announcement came on the heels of a round-table – and weeklong industry gathering – where all too many conversations circled back to the same point: That in order to ensure a continued boom in international production, the country needs new studios, and needs them fast.

Shortly after the first lockdowns hit in March 2020, the local industry was able to stabilize rather quickly production output by instituting a rigorous set of safety protocols, earmarking €100 million in insurance funds via private and public backers, and introducing a measure called the “talent passport,” which allowed international citizens to travel back and forth to France with the same ease and requirements as a local. Upon arrival in France, many of those passport holders would join a closed set, living and working in a bubble. Because of the (then-ongoing) lockdowns, these bubbles would pop up in places that had been usually off-limits pre-pandemic to productions of a certain scale.

“We had the Grand Hôtel du Cap-Ferrat completely for ourselves,” said “Emily in Paris” production designer Anne Seibel. “We used it for locations and we stayed there. The production must have had discounts, because it was empty… With everything closed, we had the opportunity to shoot in places we would have never been able to.” But as things re-opened and the world moved back to something closer to normal, production outfits wanted to maintain that sense of calm control.

“It is more and more difficult to shoot on the streets or outside, or to block streets, especially in Paris,” said Pascal Breton, CEO Federation Entertainment. “To shoot series, we need sets, because we know we are going to shoot at least eight episodes, and maybe several seasons, and there is no reason to rent a location for 2 months, unless it is locked down.”

The producer also spoke about his decision to put some money into a €300 million, 3.5 hectare facility that will open not-too-far from Disneyland Paris in three years time. “I had to invest and help the whole world and community,” said Breton. “It is good for students, trainees and schools. It is also good for our industry. We need a world-class international studio to compete with the ones in Hungary and London.”

Teasing the project’s architecture and promising a completely green pipeline, the producer argued that a centralized hub could be a powerful tool for sustainable production. ”Studios must provide services to productions to reduce carbon emissions,” said Breton. “And rental services are one of the key elements that do so.”

“Sustainability is not only about climate and circularity, but also about people’s well-being,” he added. “So I think the French studios should provide well-being-related amenities for production staff too; there is a lack in our studio infrastructure.”