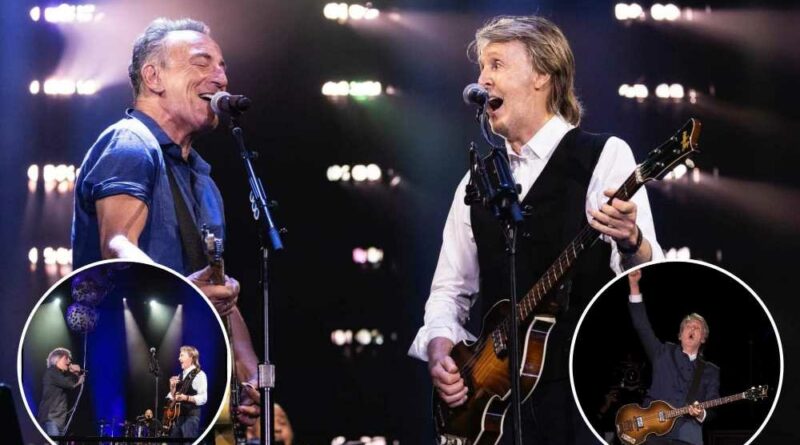 There’s only one thing better than seeing a rockstar on stage: seeing three of them.

Paul McCartney knew just what to do to get the crowd at Met Life Stadium in East Rutherford, N.J., up on its feet during the gig — the last North American leg of his “Got Back” tour.

The iconic musician — and one-fourth of The Beatles — welcomed surprise guests Bruce Springsteen and Jon Bon Jovi for an electric night of music on Thursday.

“Seeing Paul and Bruce together is nothing short of magical,” concertgoer Brian Marschhauser, 34, who hails from Yorktown, N.Y. told The Post.

“I saw them perform together in 2017 at MSG so I knew this might be a possibility. But I still lost my mind when Paul introduced him and couldn’t help but joint in the chorus of ‘Bruuuuuce.’”

Before welcoming the Bon Jovi frontman up on stage, McCartney joined forces with The Boss to belt out his iconic anthem “Glory Days” and early Beatles track “I Wanna Be Your Man.”

“A local boy is going to join us,” McCartney teased the crowd.

“Bruce sounded incredible during ‘Glory Days.’ He’s definitely in form for his own upcoming tour. To see those musical icons performing at this level in 2022 is special,” Marschhauser added. 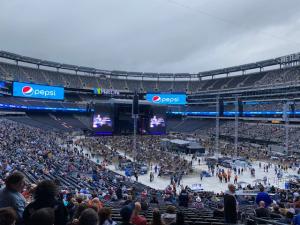 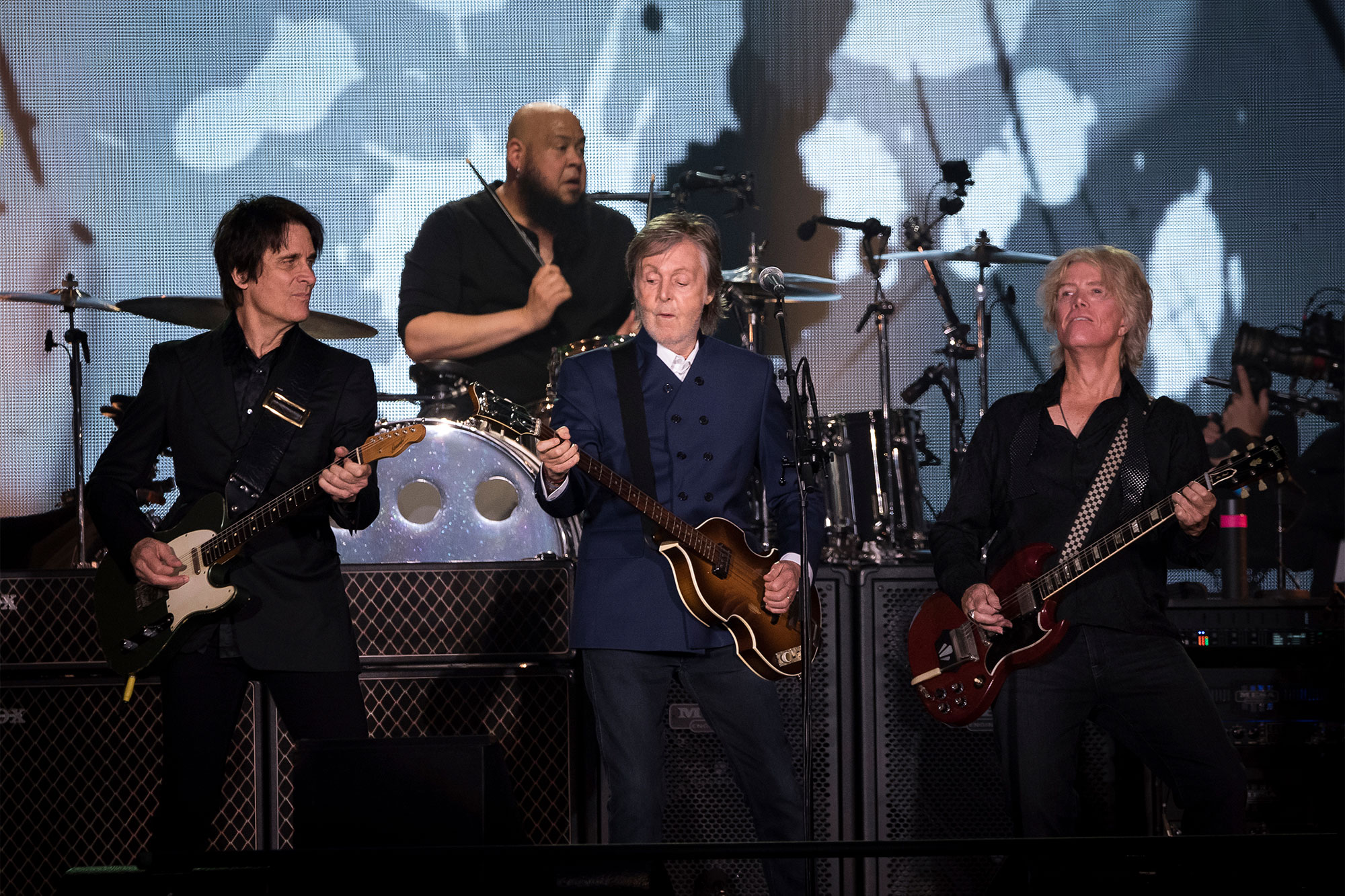 After his successful guest appearance at McCartney’s London show in 2013, it’s safe to say the dynamic duo brought the heat nine years later.

The last time the pair shared the stage together was in September 2017, when Springsteen and Steven Van Zandt performed with McCartney in New York City’s iconic Madison Square Garden.

“Here’s to 80 more years of glory days,” Springsteen said after the pair’s electric performance on Thursday.

“Bruce looked and sounded as good as ever and is ready for his E Street Band tour in 2023,” concertgoer Steven Merrill, 23, of North Plainfield, N.J. told The Post.

“Sir Paul was remarkable and played for over 3 hours two days shy of his 80th birthday. Simply incredible. The crowd enjoyed every bit of it,” Merrill added. “For the majority of the night, the entire stadium was on its feet.” 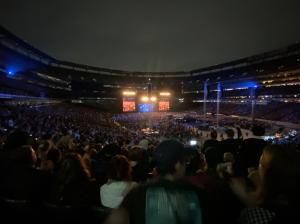 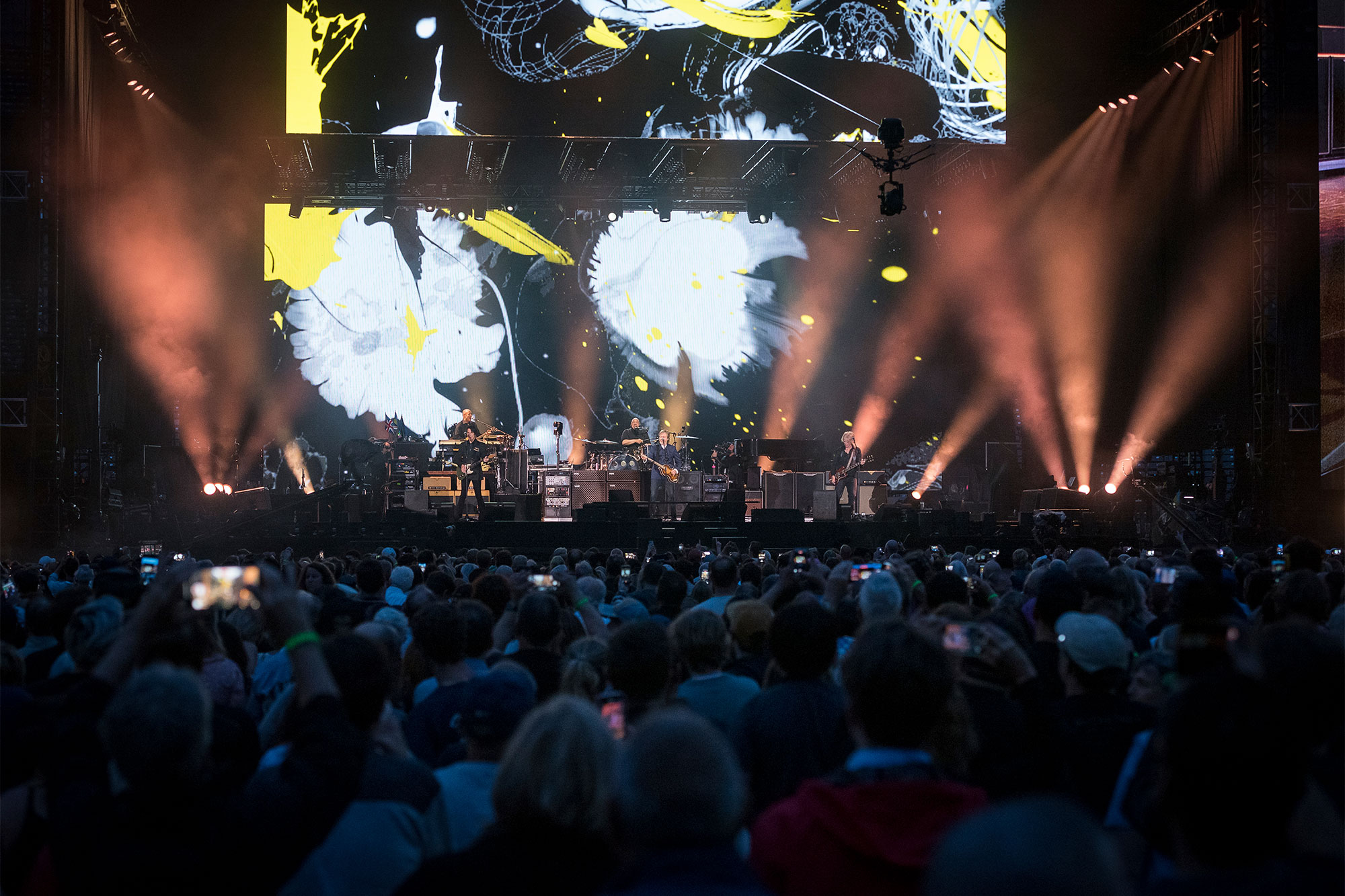 As the concert was drawing to a close, fans thought they’d seen the best of it.

Mere moments later, the one and only Jon Bon Jovi appeared on stage to sing “Happy Birthday” to his friend McCartney, who turns 80 on Saturday.

Bon Jovi came in prepared, holding a handful of balloons for his pal.

“Paul was clearly surprised when a few thousand of the audience members began singing ‘Happy Birthday’ to him,” concertgoer Raymond Lozada-Negron, from NYC, told The Post. “You could tell that Paul did not expect that. Bon Jovi gave Paul a kiss before he handed Paul the birthday balloon.”

“Paul always has the audience eating out of his hand. For 80 years old he is singing and playing guitar and piano better than kids in their 20s and Paul always plays for 3 hours at every concert – without taking a break,” Lozada-Negron added.

The moment was so special even McCartney himself couldn’t wait to share a snap on social media.

“Bon Jovi sings Happy Birthday to Paul McCartney with 50,000 New Jersey fans,” the musician wrote alongside a picture of the pair on stage.

As the audience went wild at the sight of three music legends sharing the stage together, The Boss played guitar for the show-closing “Abbey Road” medley.

“It was awesome to see Bruce and Jon Bon Jovi come out for the grand finale. That was pretty memorable. What a special night it was,” Marschhauser told The Post. 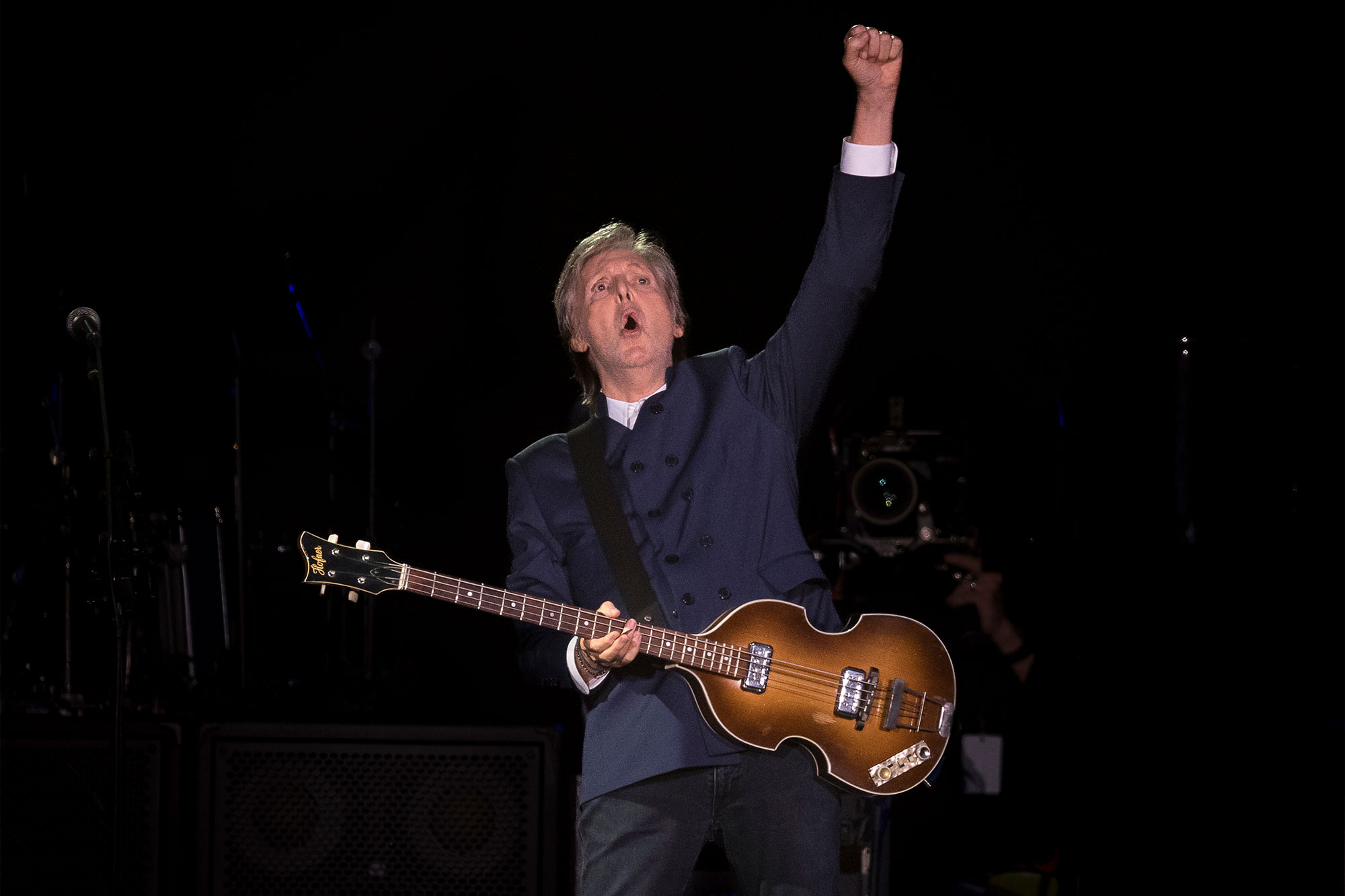 “Paul’s final words of the night were, ‘See you next time.’ Even though he’s turning 80 tomorrow, I believed him. He sounded as great as ever and he doesn’t seem to be slowing down.”

McCartney is set to headline at Glastonbury Festival on June 24 his home soil in England.