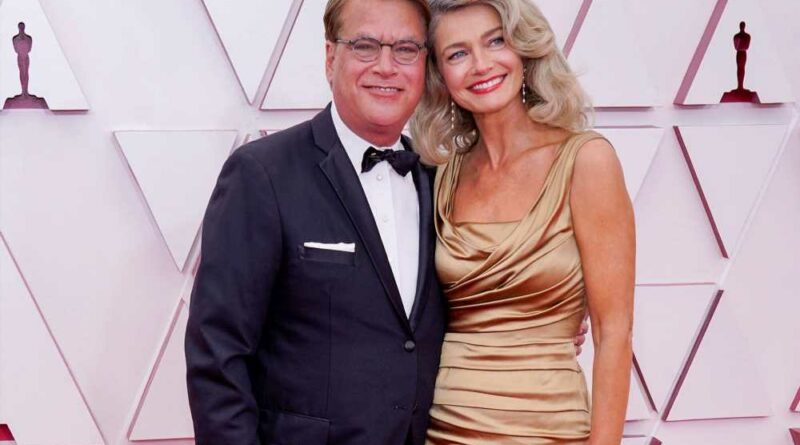 Aaron Sorkin and Paulina Porizkova are dating, set to walk Oscars carpet together

Paulina Porizkova is smitten — and wants the world to know it.

The Czech-born model could be seen beaming with happiness as she stood next to her new boyfriend Aaron Sorkin on the Oscars red carpet Sunday night in a picture she posted on Instagram.

“Although I have attended the Oscars before (as a fashion correspondent for the TV Guide channel), this was my first time at the Oscars as an attendee,” she wrote beside the picture.

“I thought — and wasn’t wrong — that this would be the most original ceremony ever,” she wrote alongside the pic. “The intimacy of it was lovely; but it was also freezing in the room (all that ventilation) which incidentally also allowed me to snuggle close to my date. Who, yes, kept me warm all night. 🥰 #oscars #oscars2021 #grateful #newbeginnings.”

Porizkova, 56, also revealed that she didn’t splurge on new threads for the big night but wore a fifteen-year-old Dolce Gabbana gown, adding that ” I figured it made me look sort of like a female Oscar — so in case Aaron didn’t win one — he could still take one home.”

Alas, Sorkin, 59, did end up Oscar-less, losing Best Original Screenplay for “The Trial of the Chicago 7” to Emerald Fennell, who won for “Promising Young Woman.”

Last week, Page Six exclusively revealed that the former Sports Illustrated cover star and the Oscar-winning scribe have been seeing each other for a few months.

Porizkova has gone through a difficult couple of years. Her estranged husband Ric Ocasek died suddenly in September 2019, and Porizkova was stunned to learn that the Cars frontman had cut her out of his will.

With no prenup in place, she recently revealed that she was so cash-poor after Ocasek’s death that she was forced to rely on friends to buy groceries and had to sell the Grammercy Park townhouse that she and Ocasek lived in for thirty years.

Last November, Porizkova confessed that she had such bad anxiety during a recent spa vacation she thought she was suffering from a “heart attack or instant COVID.”