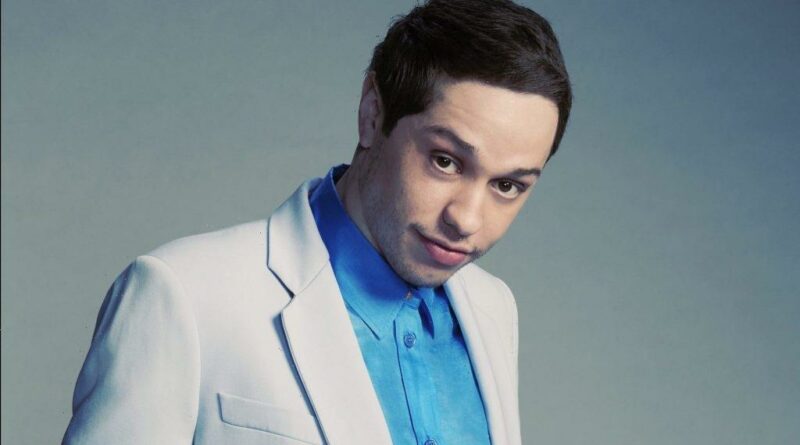 Earlier this year, Kanye West made headlines for online harassment of Pete Davidson, who is currently dating his ex-wife Kim Kardashian. The harassment spanned several incidents, including a quickly deleted music video for the rapper’s song “Easy,” which depicted him kidnapping and murdering Davidson.

At his stop at the Netflix is a Joke festival this week, Davidson spoke publicly about the situation, poking fun at West’s behavior towards him. That included an alleged incident where West attempted to spread rumors that Davidson had contracted AIDS.

“I had an AIDS scare this year,” Davidson said early in his set. “Kanye told me I had AIDS. He’s a genius, so I was like, OK. I gotta tell my doctor the guy who made ‘College Dropout’ thinks I have AIDS! So I went to the doctor and actually got checked and I actually don’t have AIDS. I just look like I have AIDS.”

Davidson told jokes about West’s controversial and very public harassment of Kardashian, which included sending her a truck full of roses. Davidson likened the situation to the 1993 film “Mrs. Doubtfire,” which starred Robin Williams as a man who tried to spend more time with his children by posing as a housekeeper in his ex-wife’s home.

“Am I the only one who secretly hopes Kanye will go full Mrs. Doubtfire?” Davidson said. “Just come home one day and they’re like, ‘We have a new housekeeper’ and he’s like, ‘What’s up, fam?!’”

During the set, Davidson also addressed Jack Harlow’s feature spot on “Donda 2.” Harlow and Davidson have worked together publicly, and Davidson appeared at a Harlow concert last January. Davidson said he didn’t take it personally that Harlow was featured on the album, but joked that he would take it personally if his “King of Staten Island” co-star Bill Burr became friends with West.

“He’s a rapper, that’s not what I do,” Davidson said. “It would hurt if I saw like, Bill Burr at Sunday Service.”

Davidson also made several other jokes about his celebrity friends, including Chris Rock and Jon Stewart, with whom he attended a Knicks game last December.

“It’s funny how things work,” Davidson said. “Chris Rock gets slapped at the Oscars, I get my head chopped off in a video and Jon Stewart wins the Mark Twain award.”

Although Davidson kept the tone of the set light, he did acknowledge how strange the situation was, and at one point said it gave him “a hopeless feeling.”

“It’s a very weird thing when something happens to you that other people can’t relate to,” Davidson said. “It’s a very hopeless feeling. Because whenever something bad happens to you, you’re like I’ll call my uncles or whatever … but everyone I called they’re like, ‘yeah bro, you’re on your own.’”

Ellise Shafer contributed to this report.