Best time ever? As Pete Davidson’s romance with Kim Kardashian has continued to heat up, the Saturday Night Live star couldn’t help but gush over his “fun” year during the season 47 return.

“The time has come. You are ready,” Davidson, 28, used a voice box in the Saturday, January 15, episode of SNL, while portraying a different multiversal iteration of President Joe Biden. “I am Joe Biden from the real universe, the timeline you are all living in is about to collapse. You see, it was created as a joke starting in 2016 when the Chicago Cubs won the World Series. Now, it spiraled out of control and could explode at any minute.” 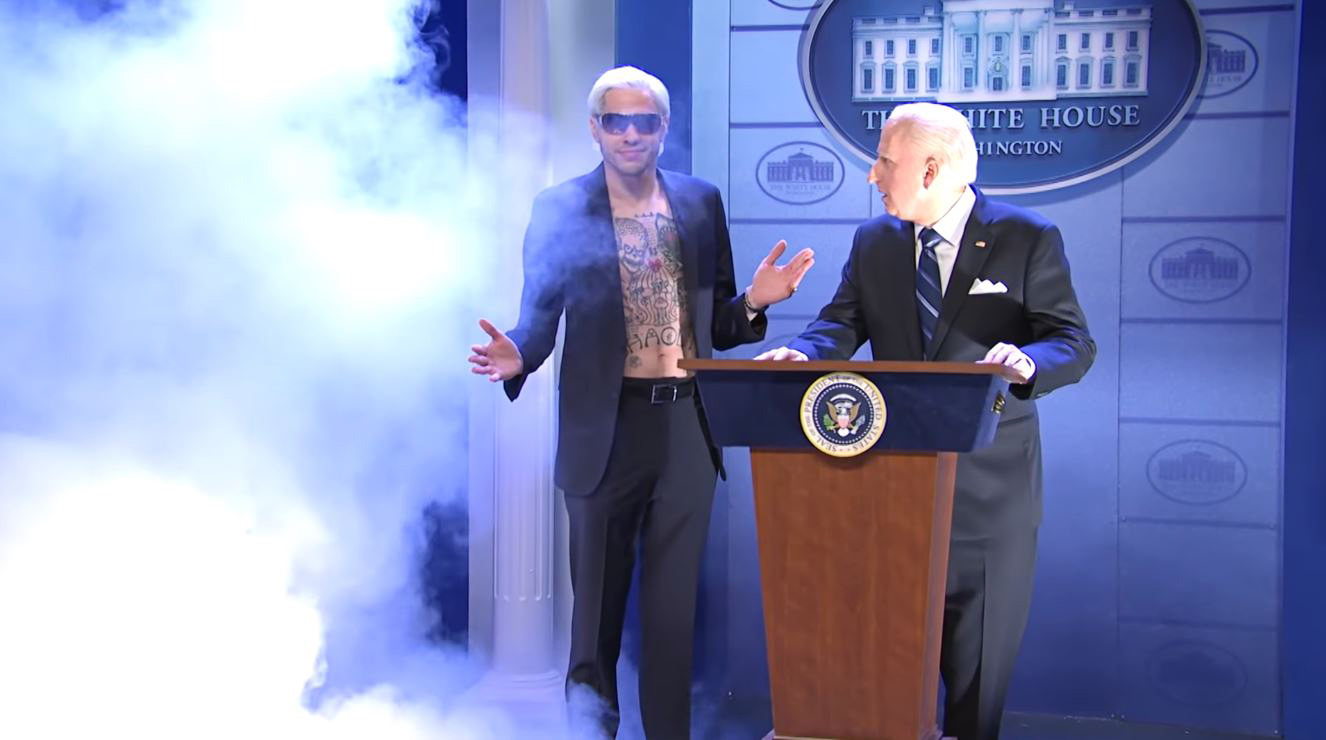 The King of Staten Island star — who wore an open blazer to showcase his chest tattoos —  went on to field questions about the “real” multiverse, answering whether Biden, 79, was still the Commander in Chief or if the rest of the cast’s lives were “better” there.

“Everyone on earth is better off in the real world, except one man named Pete Davidson,” the New York native quipped. “Your world has made it more fun for him.”

In Saturday’s episode — which was hosted by Ariana DeBose with musical guest Bleachers — cast member James Austin Johnson appeared as the POTUS to deliver a message to members of the White House press about the Omicron variant, attempting to attribute the recent COVID-19 spikes to ticket sales of Spider-Man: No Way Home.

Davidson’s brief discussion on Saturday’s episode of the NBC series about his “fun” time comes shortly after news he’s gotten closer to the Skims founder, 41. The pair initially bonded on the set of the variety series after she hosted an October 2021 episode. At the time, they even shared a sweet stage kiss while pretending to be Princess Jasmine from Aladdin and a new suitor, respectively. 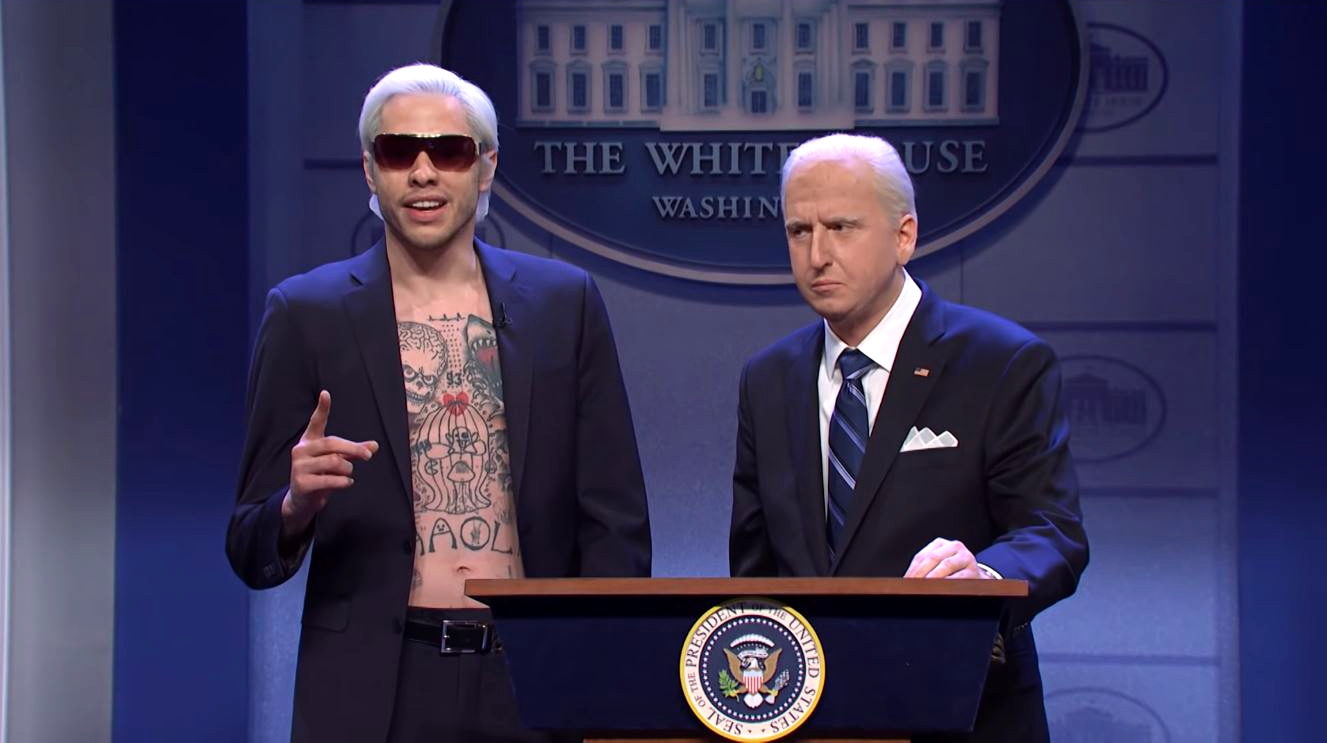 “He was a true professional the whole time they rehearsed and in between takes, but afterward things got flirty,” a source told Us Weekly exclusively at the time. “They exchanged numbers and Pete asked if Kim would like to hang out sometime, which she agreed to straight away.”

The pair have since gotten closer on a series of dinner dates in both New York and California before confirming their dating status when they were pictured holding hands in November 2021.

“Kim and Pete are very in sync right now. They’re very in step with each other and the relationship is easy. They’re getting closer and closer and are a really great pair,” a second source told Us earlier this month, revealing that the Freak Brothers star has “bonded with her entire family.”

News of the Selfish author’s budding romance came months after she filed for divorce from Kanye West in February 2021. The 44-year-old “Heartless” rapper — who shares children North, 8, Saint, 6, Chicago, 4, and Psalm, 2, with the Keeping Up With the Kardashians alum — has since been vocal about reconciling with Kardashian despite her connection with the comedian. West — who has recently been linked to actress Julia Fox — made headlines earlier this week after he appeared to diss Davidson in a leaked cut of a new song.

“God saved me from the crash just so I can beat Pete Davidson’s ass,” the Yeezy designer rapped on “My Life Was Never Eazy,” which debuted via Twitter on Friday, January 14.

For more, watch the clip above!