Usually, getting walloped in front of your mom by linebacker Jarod Mayo would be upsetting, but Pete Davidson cracks wise – while spreading the news of food waste – in Hellmann’s Super Bowl LVI spot.

Over the past couple of years, Hellmann’s has made it their mission to raise awareness of food waste and how Hellmann’s Real Mayonnaise can help turn those leftovers you were going to toss into your next great meal. Helping them out is one of the stars of their Super Bowl LVI commercial, legendary linebacker and Super Bowl champion Jered Mayo. After tackling unsuspecting citizens, Mayo informs them that they could make things like grilled cheese sandwiches, potato salad, chicken salad sandwiches, and frittatas out of that perfectly good food. It all comes to a head – literally – at Pete Davidson’s Super Bowl party.

While Kim Kardashian’s beau enjoys a tortilla chip – taken from a delicious spread, including deviled eggs and any of the delicious dips featured on the Hellmann’s recipe site – Jerod rushes in to tackle his mother, Amy Davidson. “Woah, woah!” shouts the Saturday Night Live funnyman. “Mom’s already tackling food waste, Mayo.” A dejected Jerod walks off…only to come back in and mow down Pete Davidson! “Sorry, man. Had to,” said Mayo. “I get it,” says Pete through the pain. “I’m very hittable.” 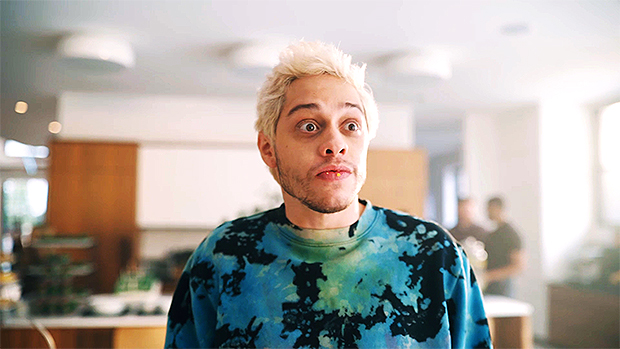 Leave it to Pete Davidson to have likely the funniest commercial of Super Bowl LVI. It’s also a chance for him to live out his football dreams and remind him why he decided on a career in comedy, instead. “It’s not every day I get tackled by a football pro like Jerod Mayo,” Pete said in a press release accompanying the commercial. “I love that Hellmann’s has made it their mission to reduce unnecessary food waste at home, which is cool because we can all get involved. Ma and I have learned a lot and have had fun figuring out ways we can waste less ourselves. All food has potential, so let’s keep it out of the garbage.” 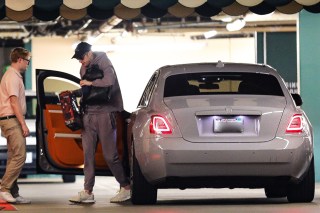 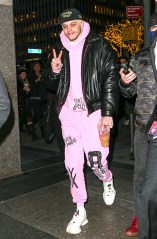 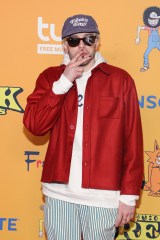 “As a long-time fan and fellow ‘mayo,’ I’m thrilled to have this opportunity to partner with Hellmann’s to raise awareness for such an important issue,” said Jerod Mayo in the press release. “Food waste in the U.S. is something we must tackle together. At home, my wife Chantel and I always try to use leftover ingredients in our pantry or fridge to reduce food waste, and we hope this spot encourages people to do the same.” 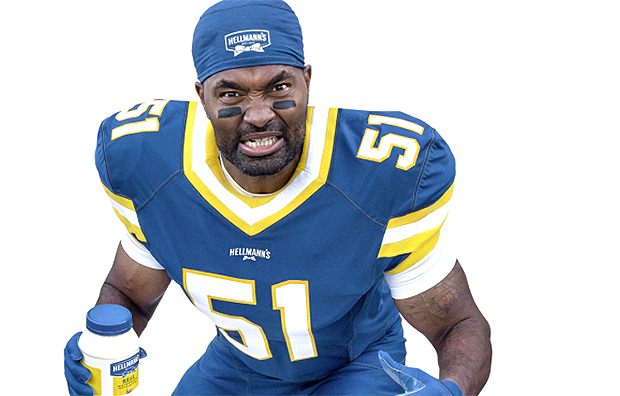 The four-week program, available via a free app on the iOS and Android app stores, is designed to “inspire and guide people on how they can be more resourceful with food at home and provides tangible solutions such as ‘Flexipes,’ flexible recipes to turn left-behind ingredients into easy-to-prepare meals,” per the press release. Jerod Mayo’s wife, Chantel Mayo, and recipe creator and chef Andy Hay serve as hosts to help incentivize users to think differently about meal creation.