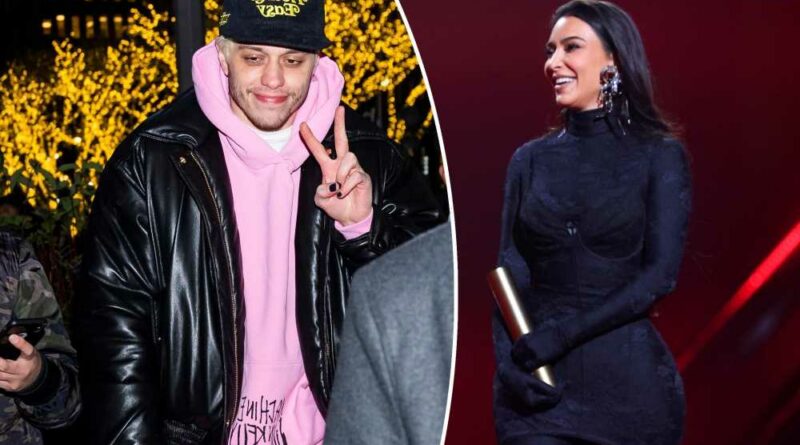 It looks like Kim K. may have gotten some of that Pete D.

The “Saturday Night Live” star exited the Four Seasons Hotel in the Financial District with an over-the-top grin on his face as he made his way to an SUV flanked by security.

The sighting of the “King of Staten Island” star comes after he spent the weekend with the KKW Beauty mogul and Scott Disick on Staten Island. The couple and the third wheel caught a screening of “House of Gucci” at Davidson’s local theater and grabbed a bite to eat at Angelina’s Ristorante, where they posed for a photo with the owner.

As Page Six previously reported, Davidson chose to spend time with Kardashian over the weekend instead of appearing on “SNL” as it faced an unprecedented COVID-19 outbreak. 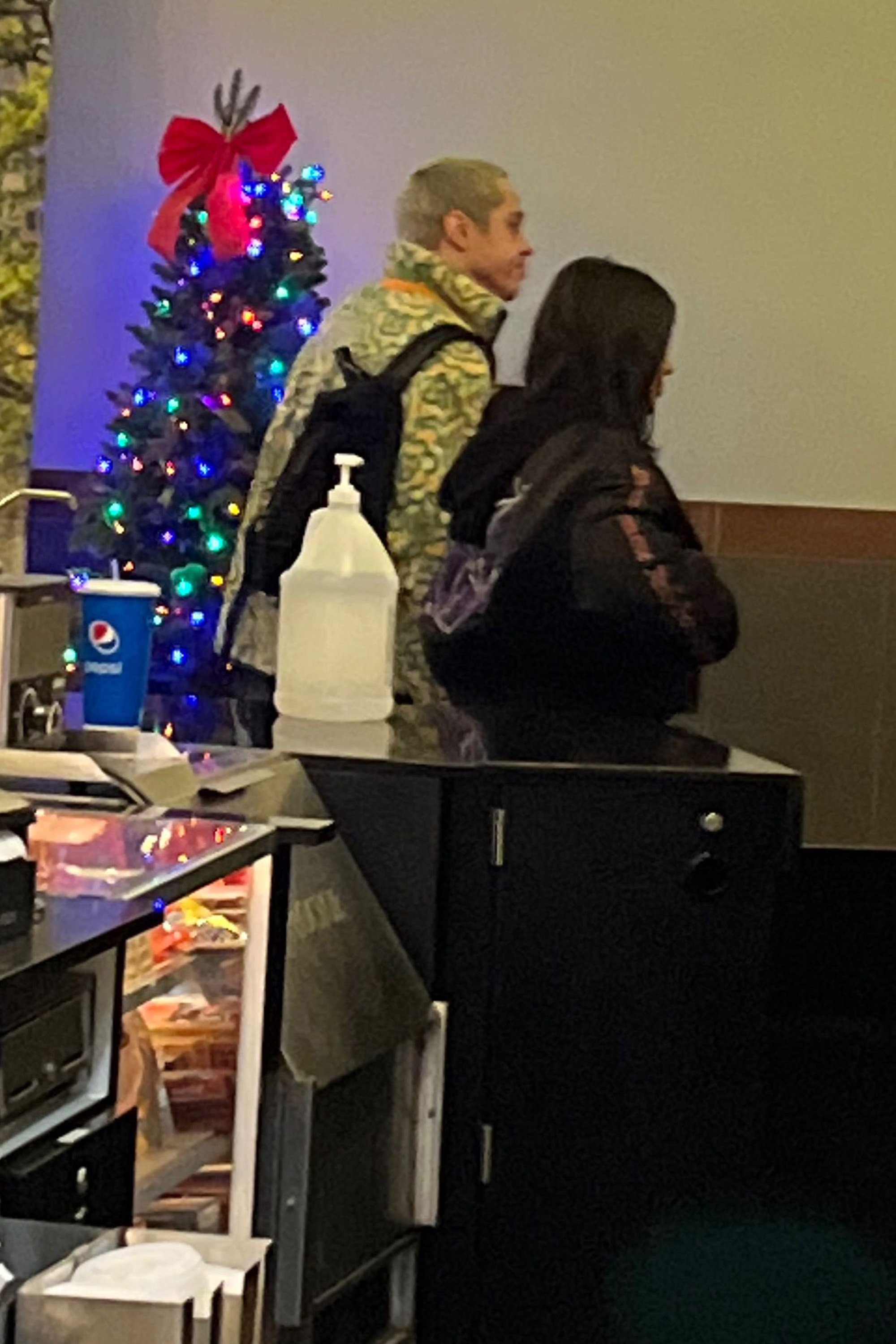 Kardashian, 41, and Davidson, 28, were first linked in October after the two were photographed holding hands on a Halloween ride at Knott’s Scary Farm in Buena Park, Calif.

The lovebirds then went on back-to-back dates in New York City, where a source exclusively told Page Six they were being “genuinely affectionate with each other.” Before long, Davidson was back in Los Angeles celebrating his birthday with Kardashian, Kris Jenner and Flavor Flav.

Shortly thereafter, Page Six broke the news that they were officially dating.