PETER OBORNE: Bulldozer Boris Johnson needs to dig himself out of trouble by getting rid of divisive advisers and welcoming Ken Clarke and Sir Nicholas Soames back into the Tory fold

No modern British prime minister got off to a worse start than the one Boris Johnson is suffering.

For a man who said at the age of four that he wanted to be ‘world king’, the reality of the challenges of being in power must be quite a shock.

To be fair, he looked good for the first few weeks. His fluent and optimistic oratory was a welcome change from Theresa May’s debilitating leadership.

And Johnson’s debut overseas trip as PM was a notable success. He appeared to strike up a strong relationship with German Chancellor Angela Merkel and looked comfortable as he engaged with French President Emmanuel Macron. 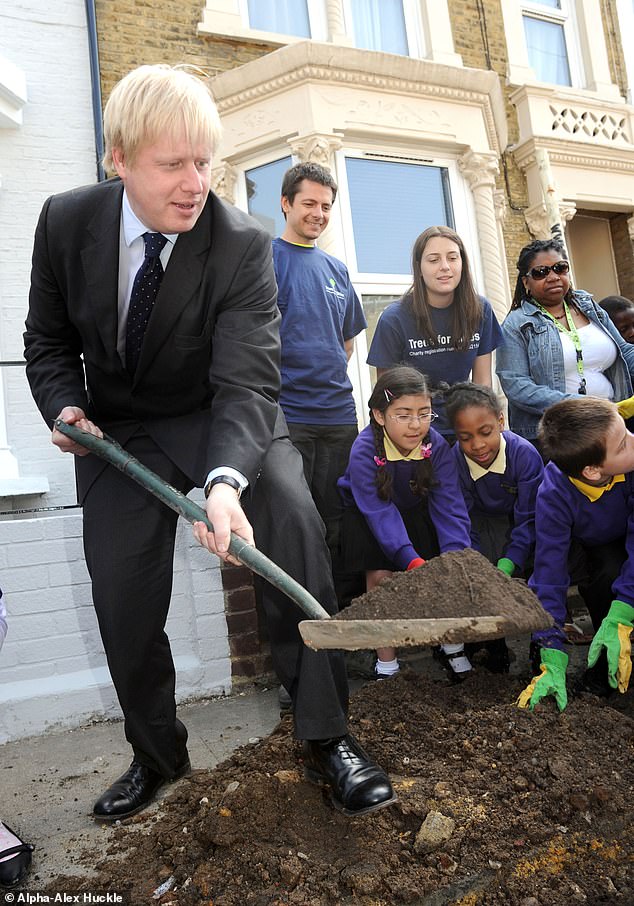 How he should dig himself out of trouble: If Johnson is to regain his poise, he needs a new set of advisers.

This week, however, Bulldozer Boris hit a wall. One catastrophe struck after another.

He was condemned for suspending Parliament. His Commons majority sunk from one to minus 43 amid the bloodbath when 21 Tory MPs were ruthlessly sacked.

He lost four consecutive Commons votes. Humiliatingly, he failed to secure a general election, having lost control of a parliament that defied his will and also legislated to make it impossible to achieve a No Deal Brexit.

Devastatingly, his well-regarded brother, Jo, walked out of his Government and from politics altogether — blaming an unresolvable divide ‘between family loyalty and the national interest’.

This was a deadly retort, for it implied he believes his elder brother is not governing in the national interest. No more wounding charge can be levelled at a prime minister.

On a personal level, Johnson has started to appear dishevelled — using a four- letter word at Prime Minister’s Questions and giving an uncharacteristically stumbling performance in front of police recruits in Yorkshire.

There is no avoiding the question: how does Boris Johnson save himself?

I once worked for Johnson when he was editor of The Spectator magazine and I its political columnist. He was charming, intelligent, generous and loyal. Back then, he would take full responsibility if ever things went wrong.

Now that things are going wrong with his leadership of the country, he must shoulder the blame.

But others, too, ought to take some responsibility for what is going wrong. Jeremy Corbyn is hugely complicit in causing the crisis because of his hypocrisy in refusing to honour his repeated calls for a general election and, therefore, support the Government’s Commons motion that would have led to one.

But, admittedly, it is in the Labour leader’s interests to watch Johnson fail.

That said, it is the Tories who are in government, and they are most at fault. Principal culprit is Dominic Cummings, Johnson’s chief adviser. Through his boorishness, bullying and strategic blundering, his boss has lost control of events. He has also managed to unite what was previously a disunited band of Remainers into a well-organised anti-Johnson coalition that is being marshalled successfully by Corbyn.

So much for Cummings’s supposed tactical genius! The architect of the 2016 Leave campaign should leave Johnson’s Government forthwith.

She quit Theresa May’s Government as director of legislative affairs at No 10, but is now back in the same job.

She was intimately involved in the disastrous decision to prorogue Parliament.

It was her note to Johnson on August 15 asking if he wanted a shutdown that led him to order one, with him casually replying that the session in September was a ‘rigmarole’ that only existed ‘to show the public that MPs are earning their crust’.

Another of whom better was expected is Johnson’s long-term chief of staff, Sir Edward Lister.

Questions are being asked, too, about Cabinet Secretary Sir Mark Sedwill, whose duty is to be the guardian of government integrity. 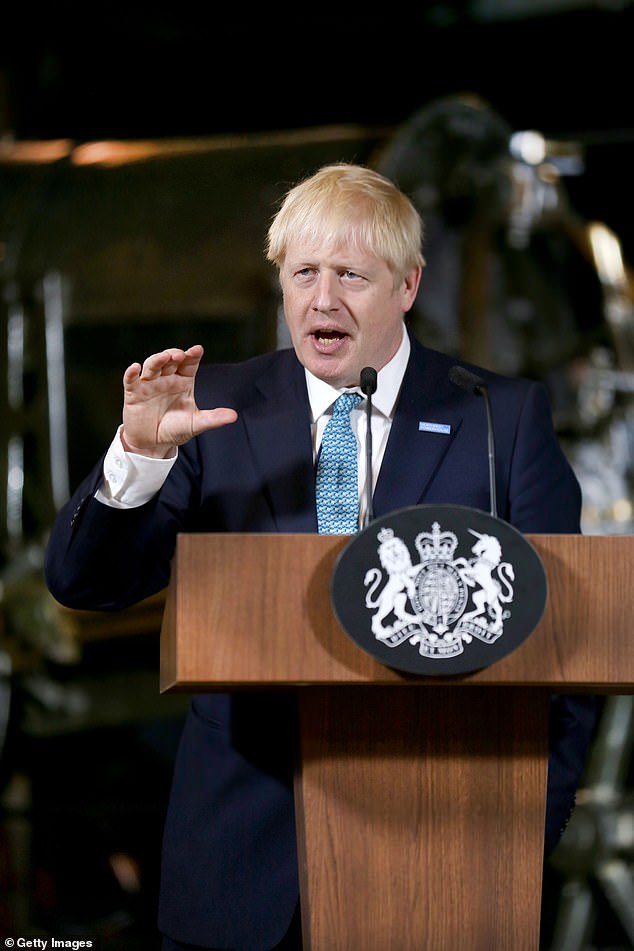 I’ve always believed that Boris Johnson has the qualities to be a fine prime minister. To be fair to him, he is facing an extreme set of circumstances that are on a scale none of his predecessors ever had to deal with.

If Johnson is to regain his poise, he needs a new set of advisers. But he must do much more.

The decision to strip the Tory whip from 21 MPs who voted with Labour this week has been a disaster and must be reversed, however humiliating that would be to the Prime Minister.

Otherwise, I fear more will follow Jo Johnson, the Tory party will fall apart and it will lose the next general election. Significantly, the approximately 100-strong One Nation group of Conservative MPs is becoming restless.

On Wednesday, it authorised its chairman, former Cabinet minister Damian Green, to send a letter to Boris Johnson protesting against the purge of moderate colleagues — when the 21 MPs were sacked from the party.

Green, a long-time friend of Theresa May, added tellingly that if the PM’s aim was to unite the Tory party and the country, removing the whip from the MPs has ‘hindered that mission’.

There is no doubt that a number of Cabinet ministers have been shocked by Boris Johnson’s brutal methods.

Work and Pensions Secretary Amber Rudd and Culture Secretary Nicky Morgan were both part of the One Nation group meeting that led to the letter to Johnson.

Maybe this political forest fire will die away over the next few days.

Or maybe the flames will grow in intensity and spread.

But my advice to Boris Johnson is now to heed the One Nation Tories’ counsel.

Dominic Cummings must go. Great parliamentarians such as Ken Clarke and Sir Nicholas Soames must be welcomed back into the Tory fold.

Better and less divisive advisers must urgently be hired.

I’ve always believed that Boris Johnson has the qualities to be a fine prime minister.

To be fair to him, he is facing an extreme set of circumstances that are on a scale none of his predecessors ever had to deal with.

But he needs to act very fast, or his childhood dream of being ‘world king’ — or even just of running Britain — will be shattered.

Despite the Brexit shambles, Boris Johnson deserves praise for his wise statesmanship over the Iran crisis.

Rather than escalate tensions following the seizure of an Iranian tanker in Gibraltar, which triggered Iran to seize a British-flagged tanker in the Strait of Hormuz, Johnson ordered the release of the Iranian ship. As a result, the Tehran regime freed seven crew members from the vessel it impounded.

Johnson also wisely rejected calls by Israel to keep the pressure on Iran.

He has learnt from his time as Foreign Secretary, when he foolishly compromised the safety of British-Iranian citizen Nazanin Zaghari-Ratcliffe, who is in an Iranian prison.

I believe that a settlement with Iran can be reached which would see her released, in return for Britain finally paying a £450 million debt owed to Iran from an arms deal in the Seventies.

All thanks to Boris Johnson’s enlightened diplomacy.

Ultimately, the man who bears responsibility for the Brexit crisis is David Cameron. The former prime minister called the referendum — to stop losing hardline anti-EU Tory voters to Ukip — and failed to negotiate with Brussels a better deal for Britain.

It was he who put on the statute book the ill-conceived Fixed-term Parliaments Act, which has now caused political paralysis and sorely tested our system of democracy. And it was Cameron who resigned as PM straight after the Brexit vote, despite promising that he would stay on to deal with its fallout. Now, as he surveys the debris he created, he has the audacity to publish and promote his memoirs. To his credit, though, after reports that the former PM got an £800,000 advance, The Bookseller magazine says all author profits will go to charity. But shouldn’t Cameron have delayed publication until after Brexit was solved?