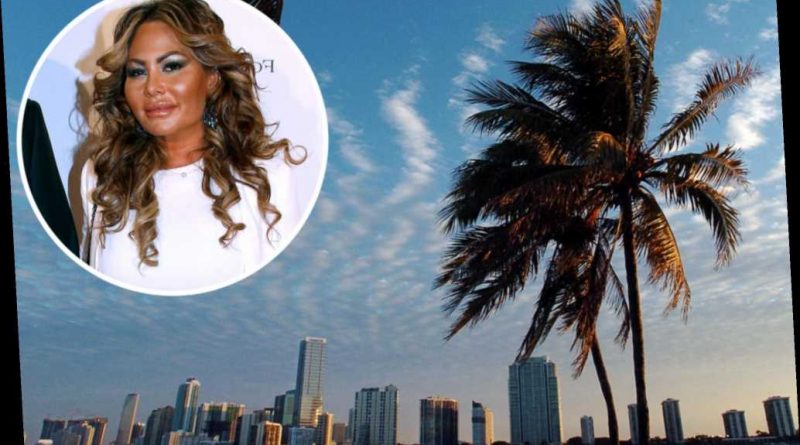 Phil Collins’ ex-wife Orianne Cevey was allegedly seen causing a scene with her new husband, Thomas Bates, in Miami over the weekend.

The couple were spotted at restaurant and club Seaside, and a spy told Page Six they weren’t on their best behavior. Cevey was allegedly rushing staffers to refill her free champagne as they checked out a new model of Sunreef Yachts’ 40-foot Power Diamond Limited Edition that was docked there.

“They were admiring the yacht, and she was yelling at the staff to bring her more champagne immediately. They were very rude and snooty to the staff,” a spy claimed. “She yelled at the staff for not having her champagne soon enough and was such a diva. [Bates] just stood there looking cocky.”

We’re told they toured the yacht for about 30 minutes and “seemed interested in buying it.”

A pal of Cevey’s, however, told us she’s not in the market for a yacht, and that she would never yell.

“She comes from Switzerland, where they’re classy. She does not yell at staff. She’s not that person. They were looking at a friend’s yacht, not shopping. There were two bottles of champagne, and it was very limited service for an overly large group. She was a little parched in the Florida heat, but she did not yell at some waiter,” the pal insisted.

Cevey and Bates were shacking up at Collins’ $40 million Miami mansion, the focus of a bitter lawsuit between the former couple in which she alleged Collins promised her half of the estate. A partial settlement ordered Cevey and Bates out in late January.

We reported that Cevey is a contender to join a “Real Housewives of Miami” reboot.