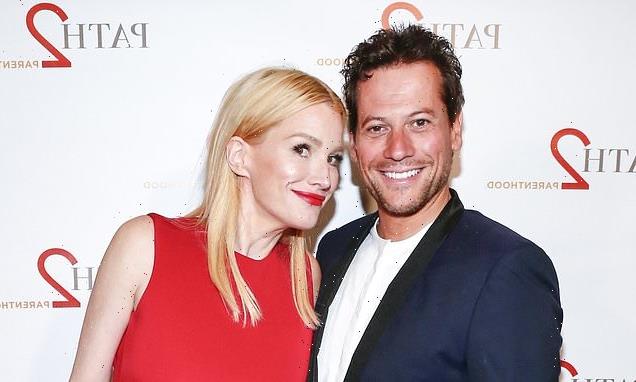 PLATELL’S PEOPLE: Alice Evans should let go of the hatred – and learn to love life without Ioan Gruffudd

When the gorgeous but little-known actress Alice Evans fell in love with minor TV star Ioan Gruffudd on the film set of 102 Dalmatians in 1999, it was the stuff of fairy tales.

She told the world she had met ‘my decent man, who did, unbelievably, turn out to love me as much as I loved him’.

They dated for years before getting engaged in 2006, marrying in Mexico and went on to have two daughters. They lived what she believed was the perfect showbiz life. She slow-tracked her ambitions to support her husband.

Until, that is, the bombshell last year when Gruffudd, 48, filed for divorce after falling in love with 29-year-old actress Bianca Wallace, whom he met in Australia while ‘working away’ — and clearly playing away, too.

Alice, 53, is devastated, as any wife would be. Refusing to take it lying down, she launched a campaign which culminated in Gruffudd filing a restraining order against her that included as evidence more than 100 pages of her at times hysterical texts, emails and social media posts. 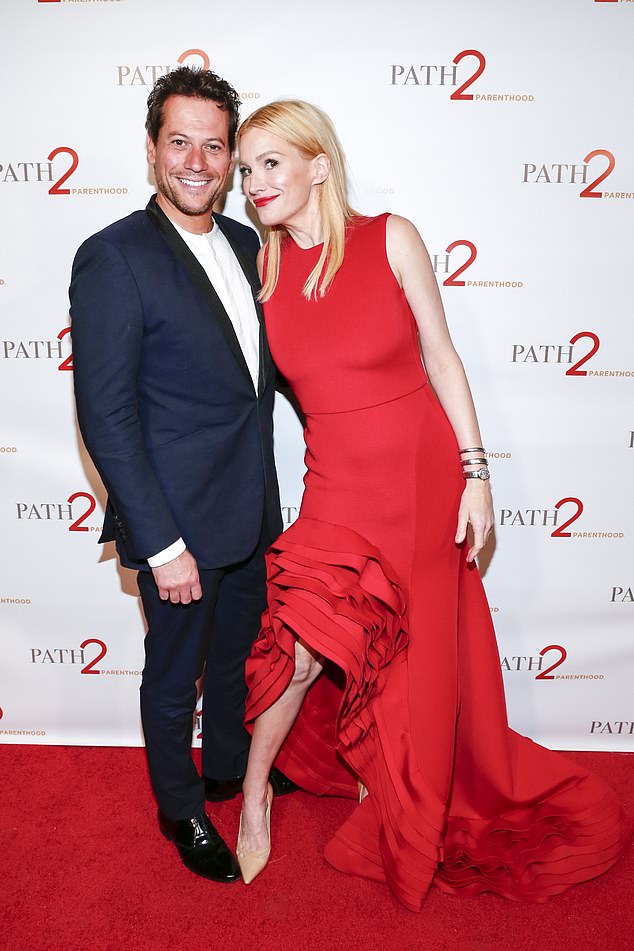 When the gorgeous but little-known actress Alice Evans fell in love with minor TV star Ioan Gruffudd on the film set of 102 Dalmatians in 1999, it was the stuff of fairy tales. She told the world she had met ‘my decent man, who did, unbelievably, turn out to love me as much as I loved him’

Some of her messages are horrible. She called Wallace a ‘psychopathic succubus’, which I had to look up — it means a female demon who has sex with sleeping men.

In others she said she would ‘dedicate the rest of my life to spreading awareness of what you have done’.

The tragedy is that when the split was announced, our hearts went out to Alice. Now she appears so embittered, she’s losing our sympathy. He treated her abominably, but she has to move on.

How must her children — Ella, 12, and Elsie, eight — be feeling, already distressed after their dad moved out and having to negotiate this painfully public divorce?

Does Alice really want the rest of her life to be defined by a cheat whose greatest triumph is starring in the forgettable TV series Hornblower?

For her own sake and that of her girls, she must let go of her hatred or it will destroy her.

Her vendetta will also affect the way her girls view their own relationships and any chance they have of future happiness.

Life can be cruel, hearts get broken, yet they mend. You have to let go.

Alice should try to seek joy in her own life. As the 17th-century poet George Herbert wrote: ‘Living well is the best revenge.’

KO all those baby snaps

Boxing champ and Strictly star Nicola Adams shares her baby joy as her partner Ella Baig enters her second trimester with the child they longed for, posting pictures of their ultrasound scan.

Nicola wants to help remove the stigma gay couples suffer trying for a child and to let same-sex couples know they are not alone. Well done her.

But I’ve never quite understood why anyone would want to show us their ultrasound scan, or indeed bombard us with pictures of the newborn when it does arrive. It’s a baby, not the Second Coming.

The BBC’s Amol Rajan reached new heights of sycophancy when he interviewed Novak Djokovic, in which the world’s No 1 tennis player revealed he had not been vaxed! Something that we all knew anyway. And why did supine Rajan keep pronouncing Novak’s name ‘Joke-ovic’? Perhaps as the ‘joke’ of this non-interview was on him.

No chocs for Amanda

But a picture of her celebratory cake was surely a prop.

With a body like hers, the closest Amanda’s lips have ever been to calorie-laden sponge is when she blew out the candles. 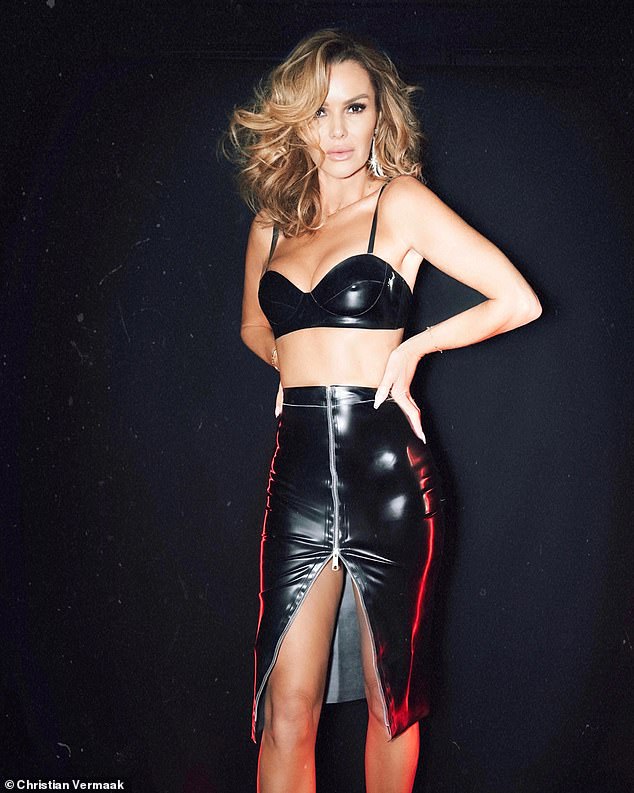 After ITV’s Eamonn Holmes, 62, was ditched for being over the hill, Holmes is joined on his new GB News breakfast television show by Angela Rippon, 77. That’s showing ageist ITV! Brilliant Angela first read the national news in 1974 — when Richard Nixon was still president.

Thirty-three victims of the Post Office IT scandal died before getting justice, while many are still awaiting compensation years on. The same with Grenfell and Hillsborough. Shamefully, our scales of justice are too often tilted towards rich and powerful vested interests, not ordinary people.

They are Tolkien the mickey

As a devoted Tolkien fan who knows almost the entire dialogue of all three The Lord Of The Rings films, I worry about Amazon’s new offering The Rings Of Power.

Peter Jackson’s trilogy earned 17 Oscars with a galaxy of stars such as Ian McKellen, Sean Bean, Ian Holm, Bernard Hill and Cate Blanchett. Meanwhile, The Rings Of Power boasts 6ft 3in Lenny Henry as a hobbit, even though we all know hobbits are very short.

As Gandalf said: ‘All we have to decide is what to do with the time that is given us.’

Given this five-series extravaganza runs to a mind-numbing 50 hours, I fear I’ll spend my time washing my hair.

Boris Johnson is pictured triumphant in the cockpit of a British Typhoon jet as Putin continues to threaten world war by invading the Ukraine. Is our PM giving the thumbs up because the dispute has wiped Partygate off the front pages?

Keir Starmer wants a 10 per cent pay rise for workers who toiled on through Covid. Great idea and here’s how to fund it. For all of the nearly half a million civil servants who now work mostly from home, dock their pay when they’re not in the office and give it to NHS workers — they never had the option of a WFH slackers’ charter.

Labour No 2 Angela Rayner says we should shoot terrorists first and ask questions later. Didn’t work out well for the innocent Jean Charles de Menezes, did it? But then Rayner can’t help shooting her mouth off in pursuit of a cheap headline. 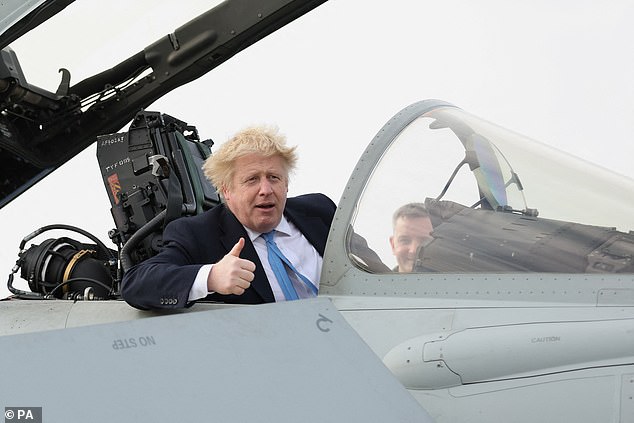 Google made me curl up

Hero of the week is Bruce Mouat, captain of GB’s inspirational Olympic curling team, winning our first medal at the Winter Games. Yet as a nation, we still do not fully appreciate them as elite athletes. When I Googled ‘British curlers’, it came up with Carmen Heated Rollers.

The suggestion Andrew could help charities supporting victims of sex trafficking is understandably met with derision. Whatever next, footballer Kurt Zouma offering to volunteer at the Battersea Dogs & Cats Home?

Prince Harry’s legal battle demanding Priti Patel should allow him to pay for police protection when his family come to the UK began yesterday. He is arguing he ‘inherited’ a risk on being born into the Royal Family. Oh, the irony. With his gruesome sense of privilege, it’s he who poses the risk to the royals!

The Queen has chosen not to add to Prince Andrew’s humiliation by stripping him of his dukedom. I wonder if Her Majesty’s loyal subjects concur. Hereafter, I’ll refer to the Duke of York as Andrew Windsor, his ex-wife, the Duchess of York, as Sarah Ferguson — and his princess daughters as just Bea and Eugenie.

Lottie Moss, 24, the model famous only as little sister of super celebrity Kate, admits to checking herself into rehab in the U.S. for her ‘really bad addiction to coke’, a class A drug. But rather than feel pity after she revealed she’s taken illegal drugs here, most of us just wonder why police haven’t gone round to arrest her. 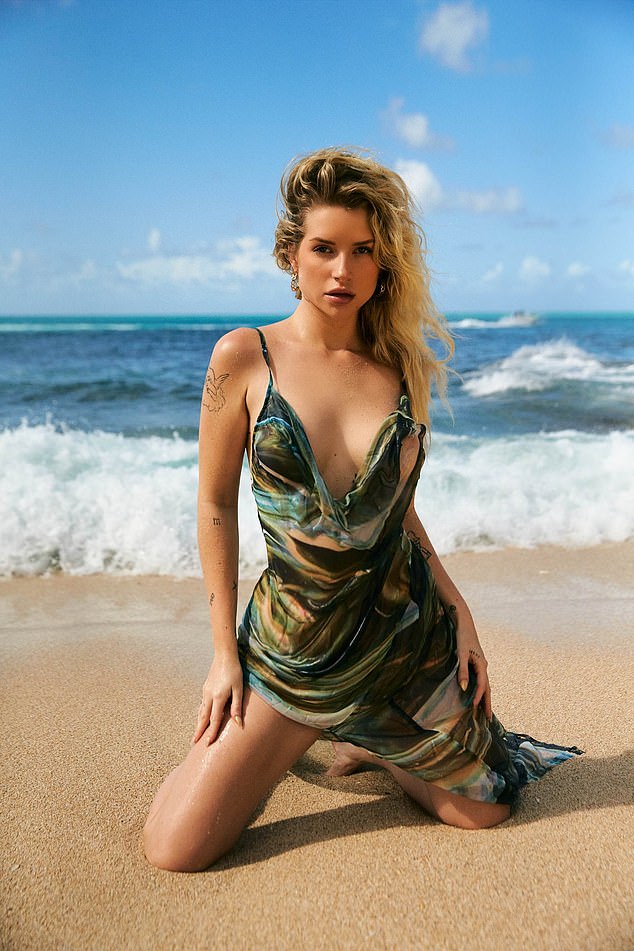 Lottie Moss, 24, the model famous only as little sister of super celebrity Kate, admits to checking herself into rehab in the U.S. for her ‘really bad addiction to coke’, a class A drug