Vacuuming the lounge, feeding the dog and emptying the dishwasher: The ingenious pocket money trick that will have your kids WANTING to do chores

Getting young children to help out around the house can be a daily struggle – particularly when there is little to no incentive.

So Gold Coast mother Sarah Girvan decided to try and make household tasks a breeze for her 10-year-old daughter Mackenzie, and all she needed where some zip-lock bags and a cork board.

The 44-year-old has concocted an ingenious ‘chore board’ that sees her place almost $10 worth of coins in bags labelled with jobs like ‘clean the lounge area’ and ‘feed the animals’. 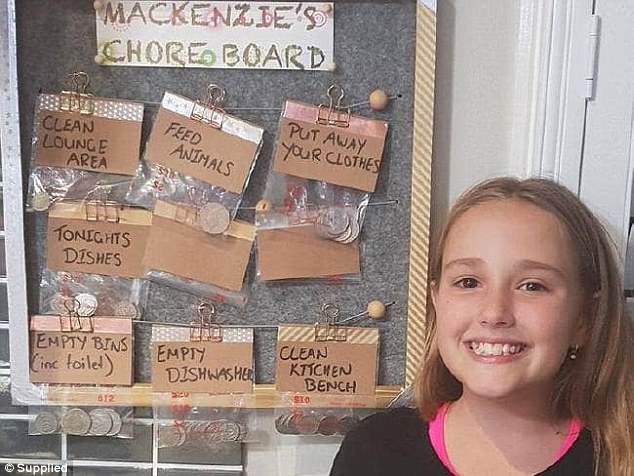 It’s Mackenzie’s choice how often, when and which tasks she chooses to do each week, but ultimately she’ll end up doing a group of ‘free’ chores as well – just like Mrs Girvan’s other three children.

‘We choose tasks that are age appropriate. Sometimes it’s as simple as feeding the dog – which she might get 50 cents for – or if she vacuums the lounge it will be $1,’ she told FEMAIL.

‘My husband and I were just tired of going to the supermarket or shops and for her to be asking for things all the time. This way she can learn the value of money and also buy small things that she’s been eyeing.’

The pocket money incentive will only work for kids who don’t already have a regular part-time or full-time job, but the amount of money and type of jobs are so flexible it could work in any Aussie household. 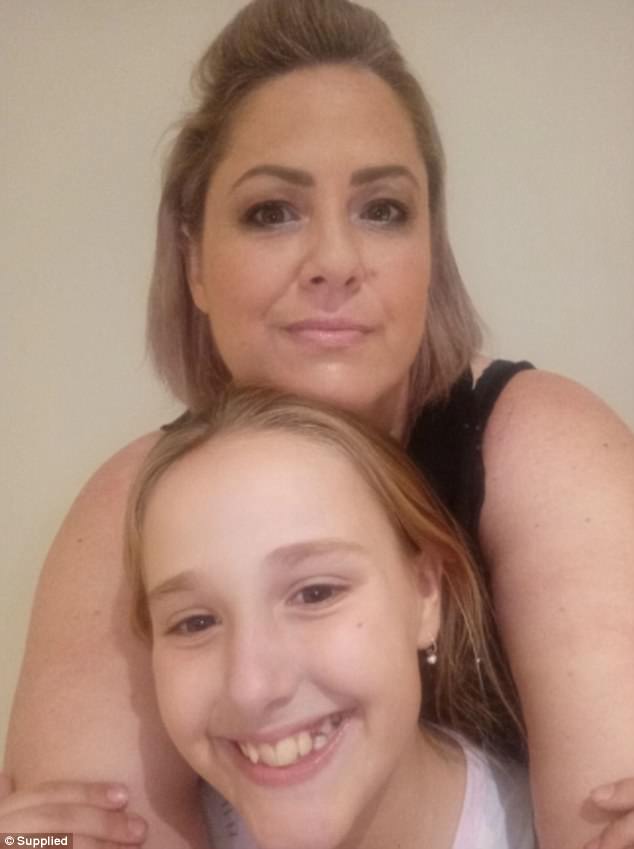 ‘Right now she’s really interested in making slime – which involves borax, shaving foam and glue. Those ingredients aren’t necessarily cheap so this is a good way for her to fund it,’ Mrs Girvan said.

But not everyone is so convinced about the ‘chore board’, suggesting the invention pays Mackenzie too much and she should be doing a lot of those tasks regardless of money.

‘It works for us and that’s all that matters to me,’ Mrs Girvan explained in reply. 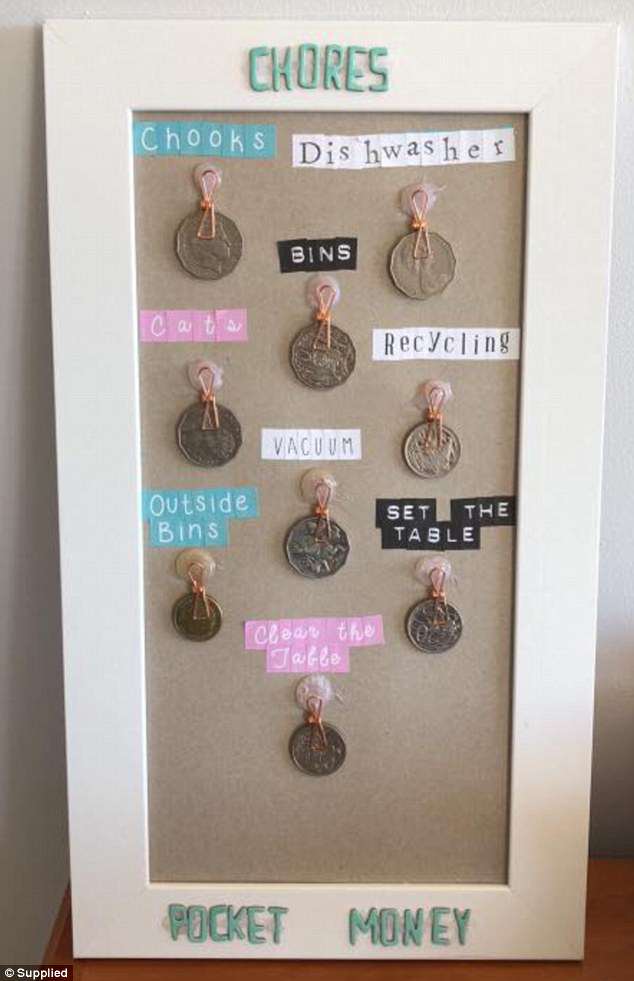 Trish Lott, a mother-of-three from Victoria, also uses a chore board to encourage her children to help out around the house.

Using a photo frame, she created a chart where she listed all the work that needed to be done daily – and she added the pocket money to each task she thought each was worth.

‘The reason behind it is because in the past, my kids have pretty much always got what they wanted,’ she told FEMAIL previously. 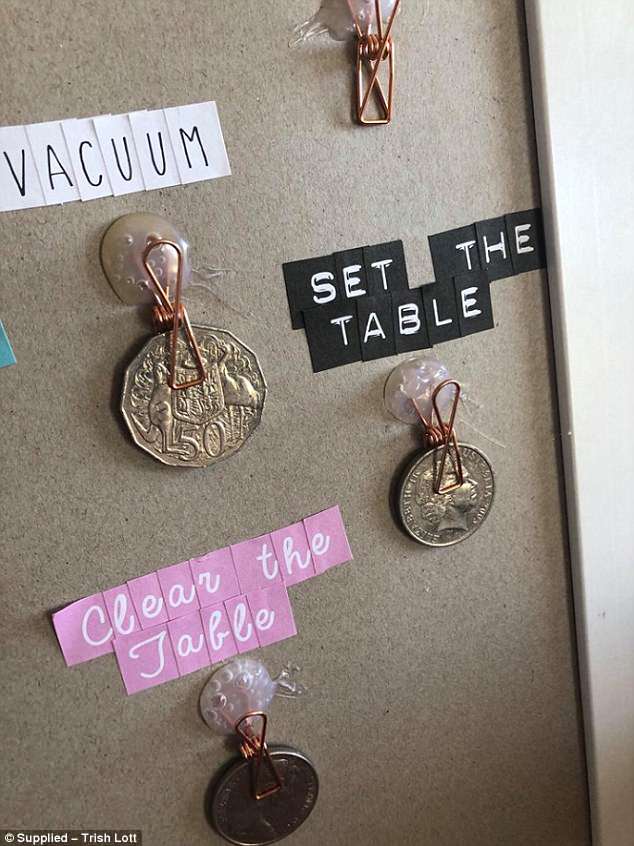 ‘I would go to the shops and they would always walk out with something, I’m a sucker like that. Totally all my doing, but I wanted my kids to realise that it’s not always like that.

‘They haven’t been able to understand ‘not today mate, Mum can’t afford it’ so now they are learning all about saving and counting money.

‘It’s a great skill especially for my two boys in school.’