Shocking footage reveals the moment a police officer uses a CHAINSAW to bust a drug den in Raids: Caught by Surprise – and finds bags of heroin in the process

The shocking moment a police officer uses a chainsaw to bust a drug den is captured in Raids: Caught by Surprise.

In tonight’s episode of the Channel 5 show, a team of Newport enforcement officers, lead by DI Andy Bartholomew, meticulously plan their entrance in a bid to capture the suspected drug dealers by surprise.

Leaving nothing to chance, the officers arrive equipped in bullet-proof clothing and with chainsaws in order to break the den door down quickly and efficiently.

In one of the houses, they discover bags of heroin, large amounts of cash and phones that prove crucial to their investigation 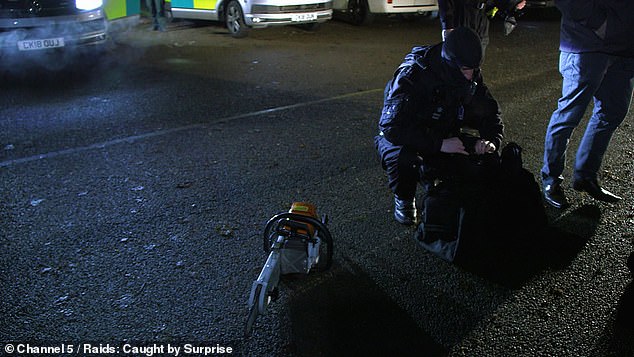 A police officer preps his chainsaw ahead of a raid in a drug den where police hope to arrest dealers and couriers in tonight’s episode of Raids: Caught by Surprise 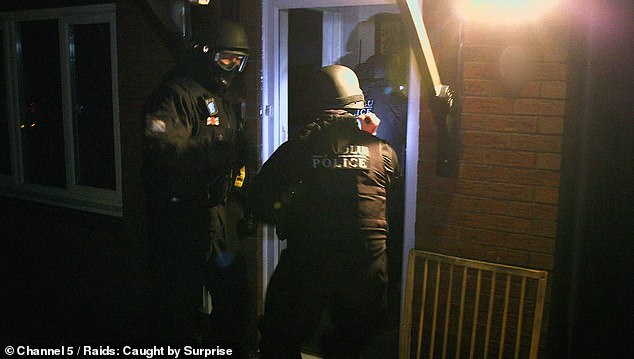 In the channel 5 show, the officers use chainsaws to open the den’s doors in order to enter the property as quickly as possible (pictured) 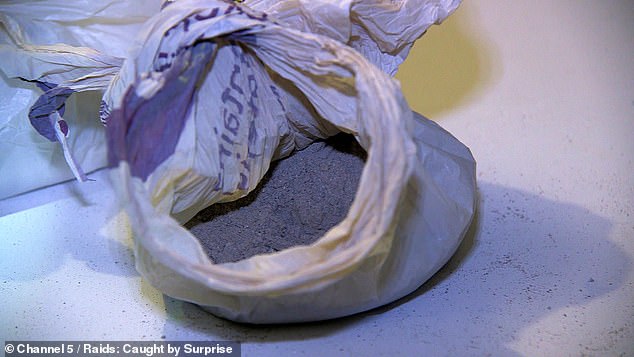 The officers find big quantities of heroin (pictured) in one of the houses they raid, which is the crucial evidence they need

Di Bartholomew, who is the officer responsible for giving the order to break entry, explains:  ‘I’ve got to sit back and wait, and simply allow them [his team] to do their work, which on occasions is the most difficult bit, because I then have no control, no say about what happens next.

‘The idea is we secure entry as quickly and efficiently as we can and then we enter and dominate the premises and secure every person that’s in there.

‘You don’t want to be the person that gets anything wrong.

On his order, the officers then exit the van they’re hiding in and storm the property, slicing through the front door with their chainsaws. 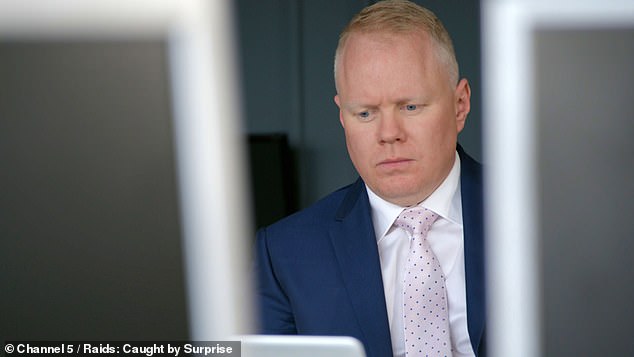 DI Andy Bartholomew (pictures) oversees the operation from the police’s headquarters in Newport. He instructs the team when to force entry 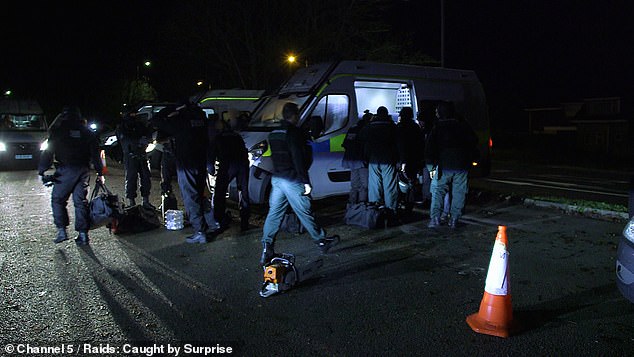 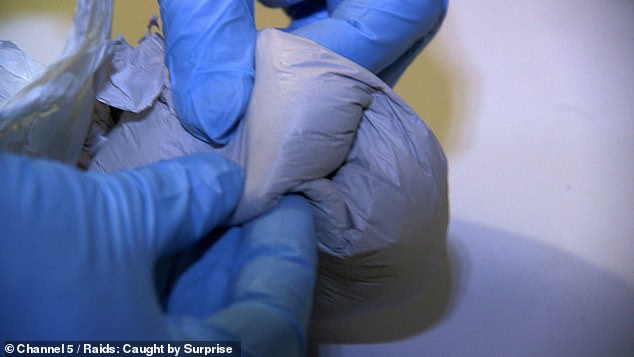 Pictured, a bag of heroin found on site. DI Bartholomen explains the men targeted in the raid are the ‘wheels of commerce’

During one of the raids, the officers arrest three alleged drug dealers – including Harri Pullen, 21, and Jan Serafin, 27, before ticking their names off a white board.

‘Each time a name gets ticked off, the pressure comes off,’ DI Bartholomew explains.

The dealers are party of a drug ring distributing class A drugs such as heroin in the streets of Newport.

They successfully arrested Nicholas Evans, the ring leader, but need to secure couriers and dealers in order to obtain more information and completely eradicate the drug gang’s supply chain.

‘These individuals are the wheels of commerce,’ DI Bartholomew explains.

After raiding the house of the Serafin brothers, the officers find a phone, cash and drugs that belong to the drug network.

‘We are looking for the drug parapharnalia that you would associated with high scale drug supplies,’ Bartholomew explains.

They also find two bags full of what looks like heroin, and weighting scales in the back of the house.

Raids: Caught By Surprise airs tonight on Channel 5 at 9pm. 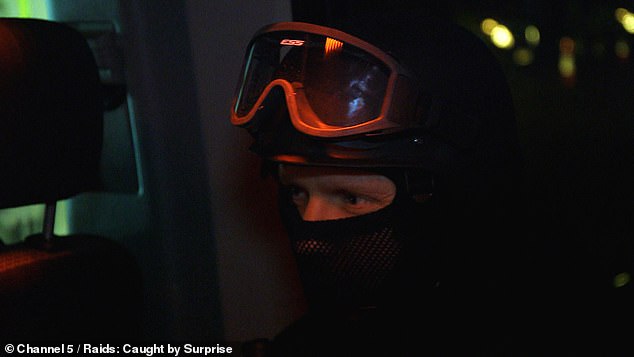 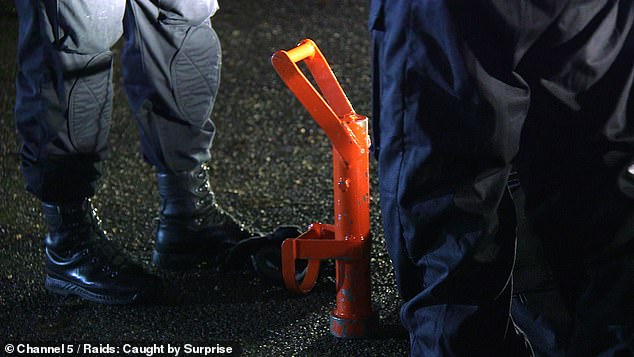 Meghan Markle Had an 'Uncomfortably Close' Relationship With Her 'Suits' Co-Star Patrick J. Adams According to Wedding Guests
Celebrities News