THE pound has jumped against the dollar and euro in its biggest rally in three years after Boris Johnson won the general election.

It marks the biggest one-day rise for the pound since January 2017, and the highest level it has been at this year.

The huge surge is also the highest the pound has been against the dollar since May 2018.

Meanwhile, sterling has risen to its highest against the euro since July 2016, following a wobbly period in the months running up to the election. 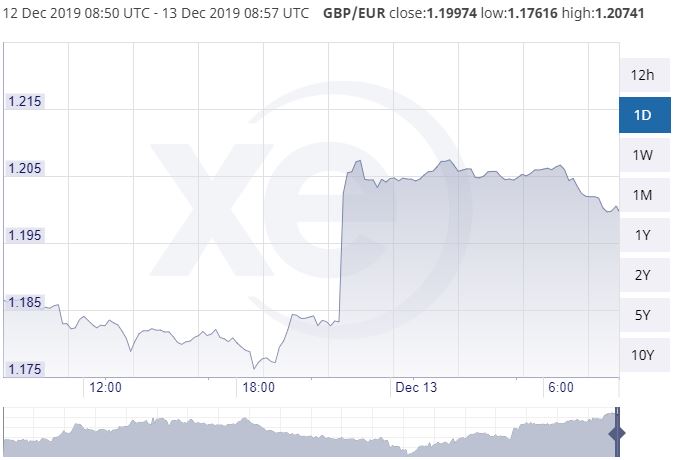 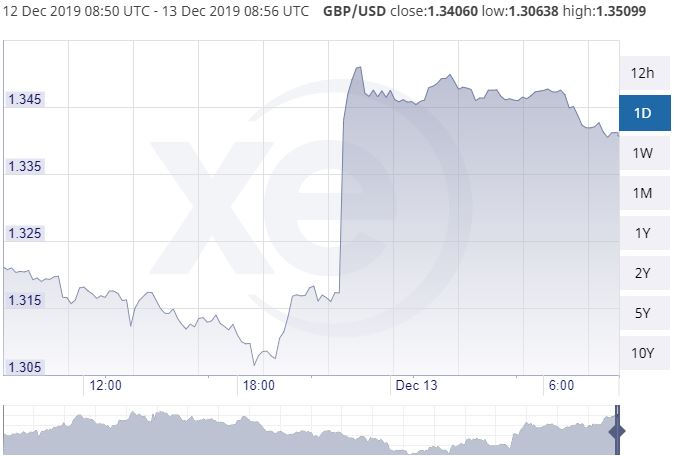 And there are hopes sterling could rocket higher, with currency trader Jordan Rochester from Nomura telling the BBC's Today programme the pound could reach "grind higher" to $1.40.

And as the London stock market opened on Friday morning, the FTSE 250 index leapt more than 2 per cent, with banks and utilities that faced nationalisation under Labour all up.

Nigel Green, chief executive and founder of deVere Group, said: “With more political certainty due to the large majority, the UK economy is also likely to receive an election bounce.

“Billions of pounds in business investment that has been on the sidelines due to the parliamentary paralysis is now ready to be unleashed.

“This will give a much-needed boost the slowing British economy.”