Home » Lifestyle » Predicting the 2022 Grammys: Who will win and who should 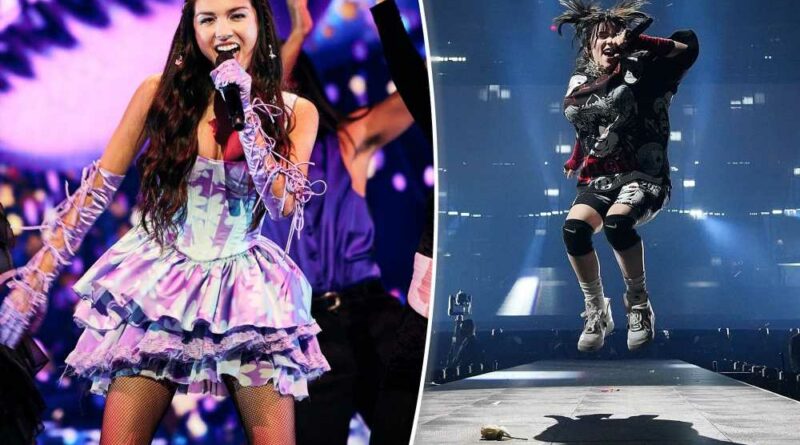 Billie Eilish made Grammy history in 2020 when, at age 18, she became the youngest artist — and only second ever — to sweep the awards show’s four major categories: Record of the Year, Album of the Year, Song of the Year and Best New Artist.

If all goes to plan for Olivia Rodrigo at the 2022 ceremony, she could become the next to achieve the feat. In addition to the coveted “Big Four,” the “High School Musical: The Musical: The Series” breakout, 19, is up for Best Pop Vocal Album (“Sour”), Best Pop Solo Performance (“Drivers License”) and Best Music Video (“Good 4 U”).

But Rodrigo has plenty of competition. For the first time, the Recording Academy has expanded the “Big Four” from eight to 10 nominees, a move that the organization’s CEO, Harvey Mason Jr., said will “make room for more artists and genres from music’s expansive and diverse landscape.”

Can Rodrigo follow in Eilish’s impressive footsteps, though? Below, Page Six predicts how the night will — and should — pan out when “The Daily Show” host Trevor Noah hosts the 64th annual Grammy Awards Sunday, April 3, at 8 p.m. ET on CBS. 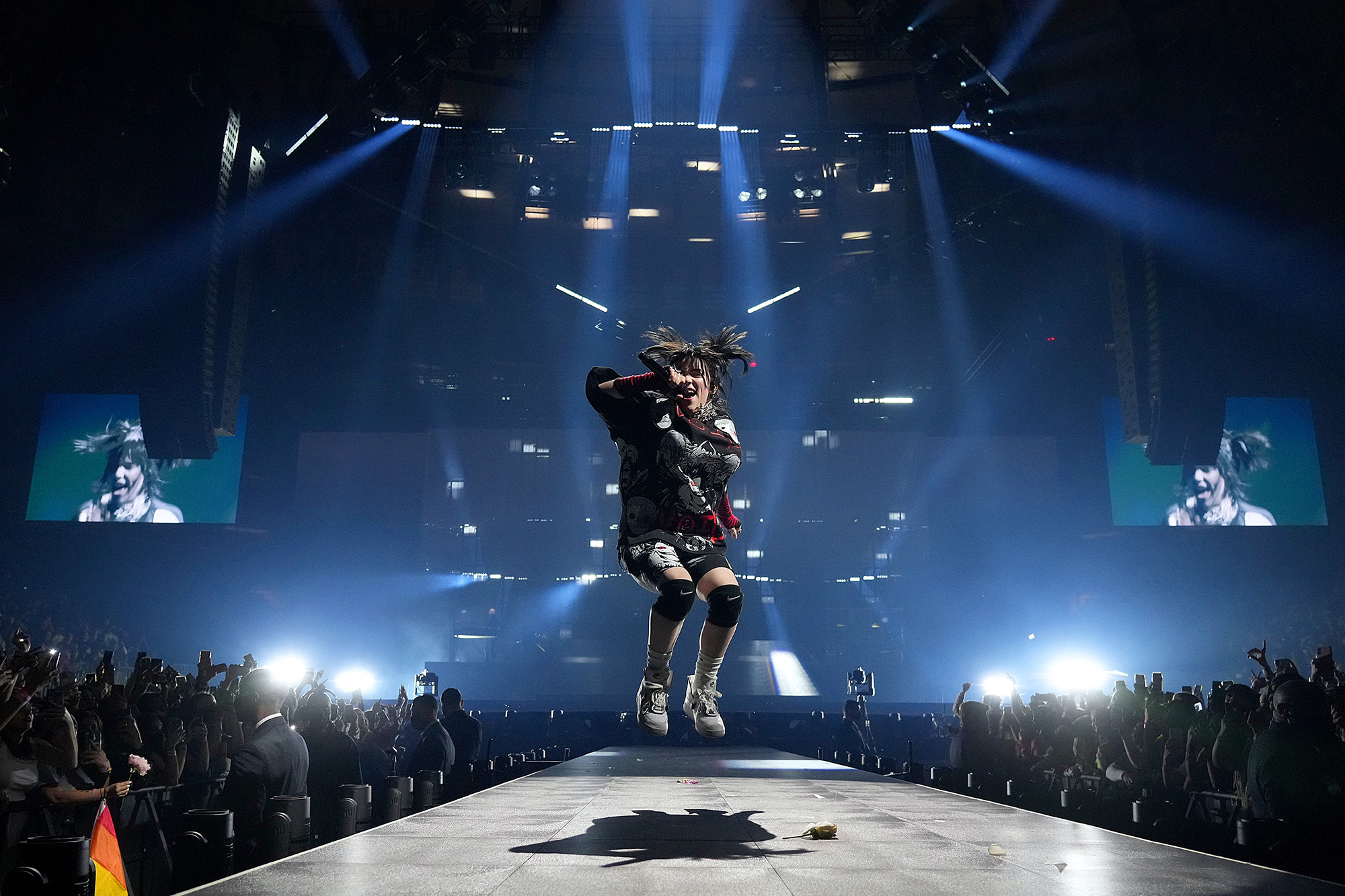 Record of the Year

“I Still Have Faith in You,” ABBA
“Freedom,” Jon Batiste
“I Get a Kick Out of You,” Tony Bennett and Lady Gaga
“Peaches,” Justin Bieber featuring Daniel Caesar and Giveon
“Right on Time,” Brandi Carlile
“Kiss Me More,” Doja Cat featuring SZA
“Happier Than Ever,” Billie Eilish
“Montero (Call Me by Your Name),” Lil Nas X
“Drivers License,” Olivia Rodrigo
“Leave the Door Open,” Silk Sonic

Will win: “Drivers License,” Olivia Rodrigo
Should win: “Happier Than Ever,” Billie Eilish

“Drivers License” was one of the top songs of 2021 for a reason. Rodrigo’s career-launching No. 1 single achieves what very few artists can do: make a 40-something feel 18 again. Punctuated by the sounds of a car engine and a door-ajar chime, her tale of young love and agonizing heartbreak tugs at the heartstrings — all before the bone-chilling bridge even kicks in.

But “Happier Than Ever” still takes the cake for the biggest sonic shock of the year. Two and a half minutes into what starts as a bare-bones acoustic ballad, Eilish turns things up 15 notches and launches into an absolute headbanger more monstrous than anything the Best Rock nominees have put out in years. 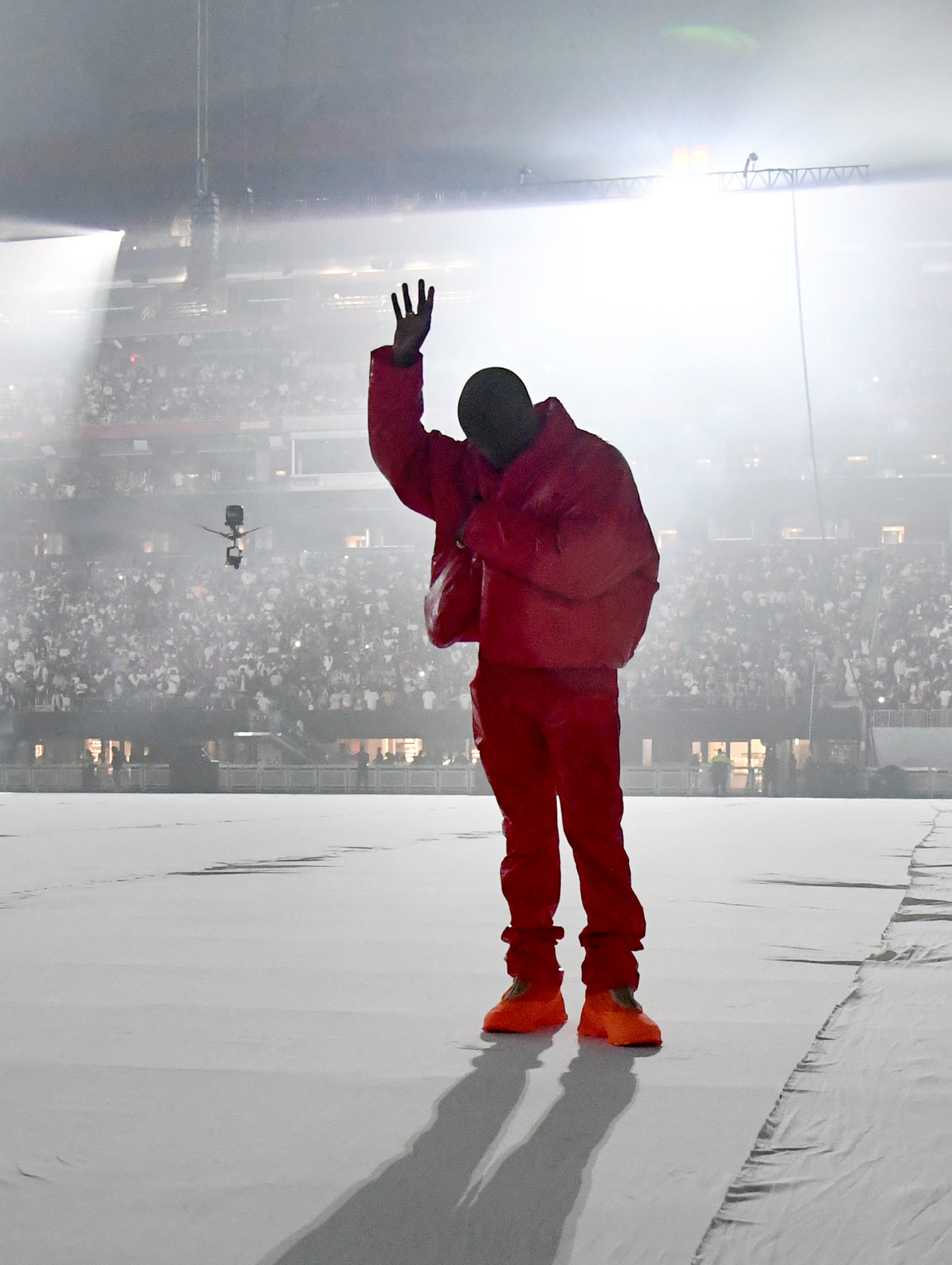 Album of the Year

Will win: “Happier Than Ever,” Billie Eilish
Should win: “Sour,” Olivia Rodrigo

Album of the Year is always a toss-up (remember when Beck somehow, someway beat Beyoncé in 2015?), and this year will be no different. Bennett and Gaga’s second album may seem like an underdog here — especially considering it was not a commercial success like their first, “Cheek to Cheek” — but lest we forget the jazz legend, 95, has been taking home Gramophones for nearly six decades. Now that he has retired, the Recording Academy could very well decide to honor him one last time.

It is, however, more likely that one of the category’s two youngest nominees will take home the trophy. The understated yet punch-packed “Happier Than Ever” is the obvious choice given Eilish has become a Grammy darling over the past two years, but “Sour” ushered in one of the most promising acts since, well, Eilish herself. Inspired by Alanis Morissette, Hayley Williams and Taylor Swift, Rodrigo pieced together an angsty, multidimensional masterpiece that united generations in a time when the world needed it most. 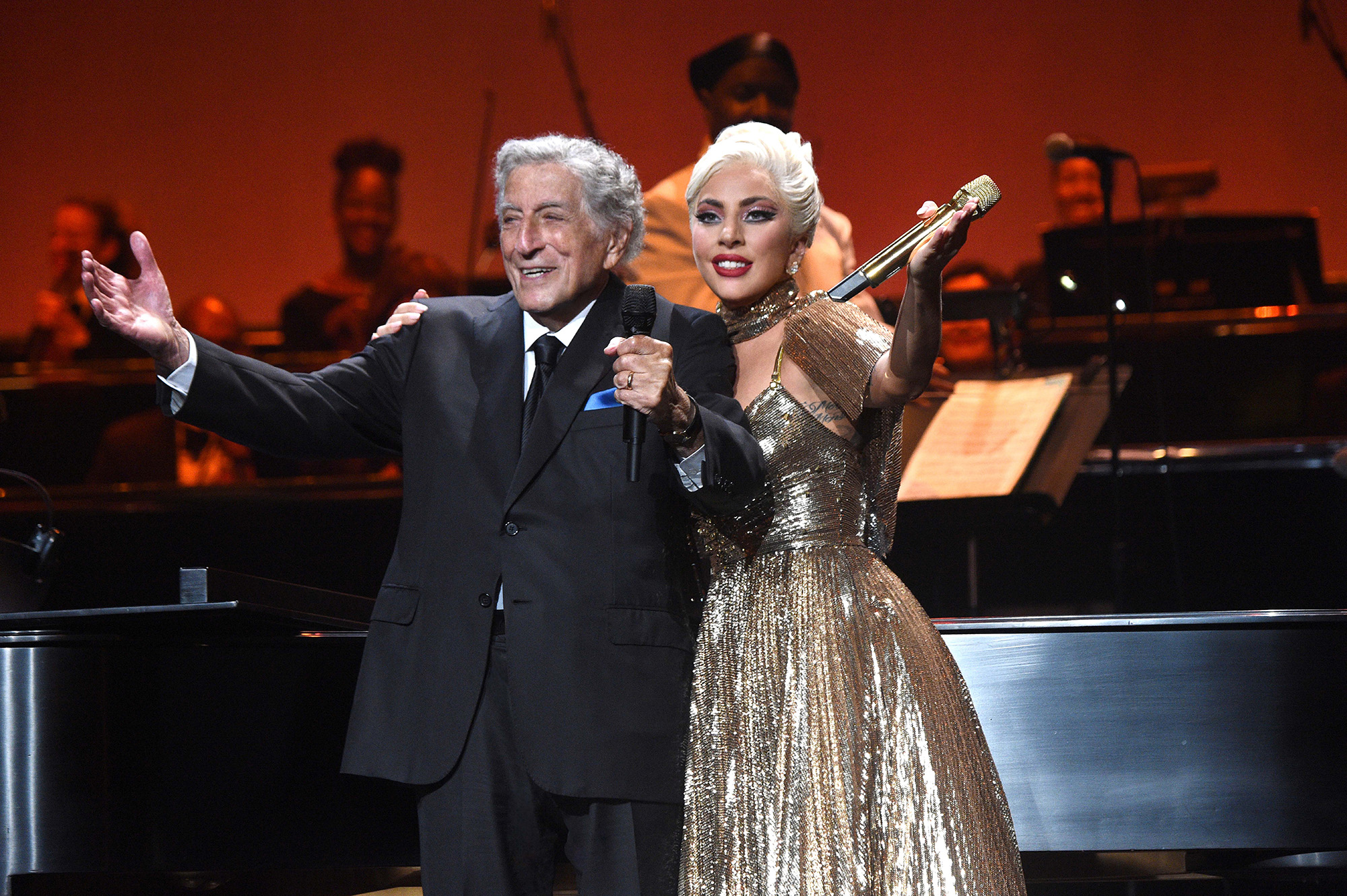 Song of the Year

Rodrigo has Song of the Year in the bag. Sure, she is the most novel songwriter of the bunch — fellow nominees Sheeran, Keys, H.E.R., Eilish and Silk Sonic’s Bruno Mars already have SOTY trophies on their shelves at home — but the cultural touchstone that is “Drivers License” resonated with the masses in a way the industry has not seen in years. Rodrigo’s carefully curated lyrics sent fans into overdrive as they spent months on end dissecting whether the heartrending track was inspired by behind-the-scenes drama at Disney. A stamp of approval from her idol Swift (an 11-time Grammy winner herself) only further solidified Rodrigo’s place in the canon of pop music. 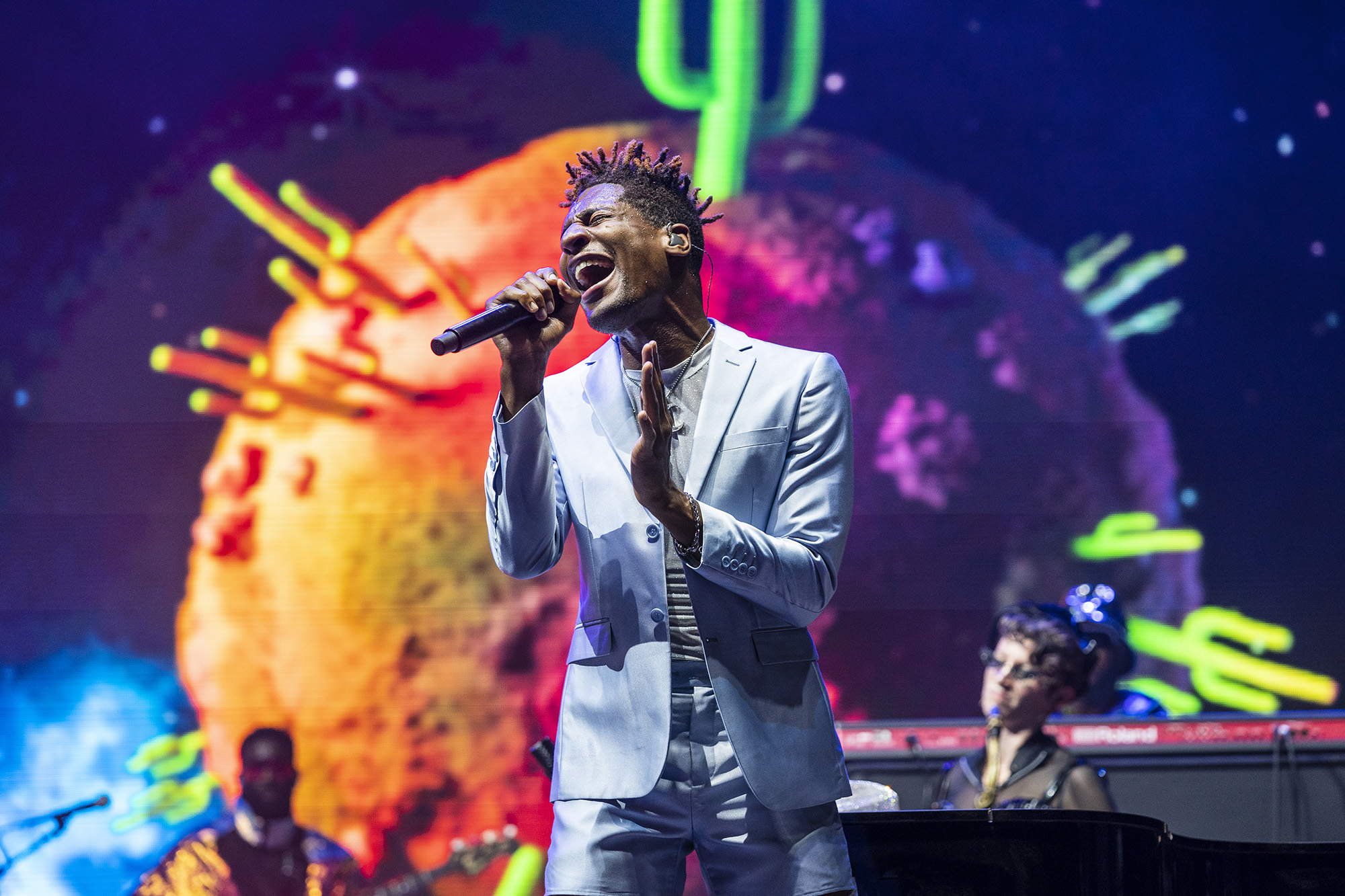 All bets are on Rodrigo for Best New Artist, too. Her only real competition is Finneas, whose nomination is frankly puzzling given he has been winning Grammys (eight, to be precise) since 2020 for his work on his sister Eilish’s songs. But Finneas the performer has yet to make the mark that Finneas the writer and producer has made, so Rodrigo need not break a sweat. And if her next project is half as good as her debut, she’ll be going to the Grammys for many years to come.