No maternity wear here! Pregnant Pippa is elegant in a floral summer dress as she heads to Harry and Meghan’s wedding with husband James

The sister of the Duchess of Cambridge, who is thought to be around four months pregnant showed just a hint of her baby bump this morning as she set off from London this morning for Harry and Meghan’s big day with her husband James.

Pippa, 34, wore a pretty £495 Hepburn silk floral dress from brand of the moment, The Fold which features a close-fitting bodice and pleated skirt.

However, Pippa and James are rumoured to have been shunned for the more intimate evening do at Frogmore House, hosted by Prince Charles, to which 200 guests have been invited. 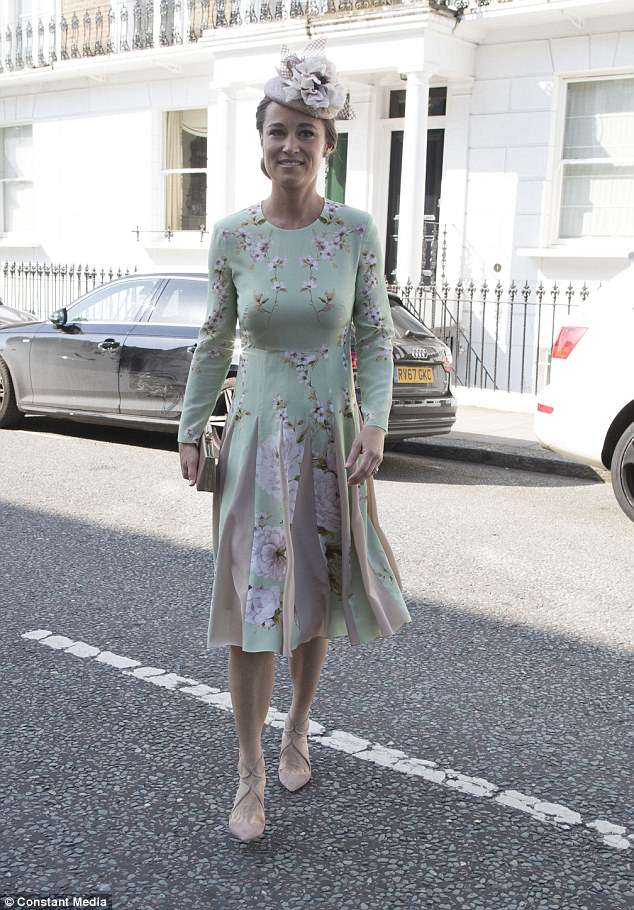 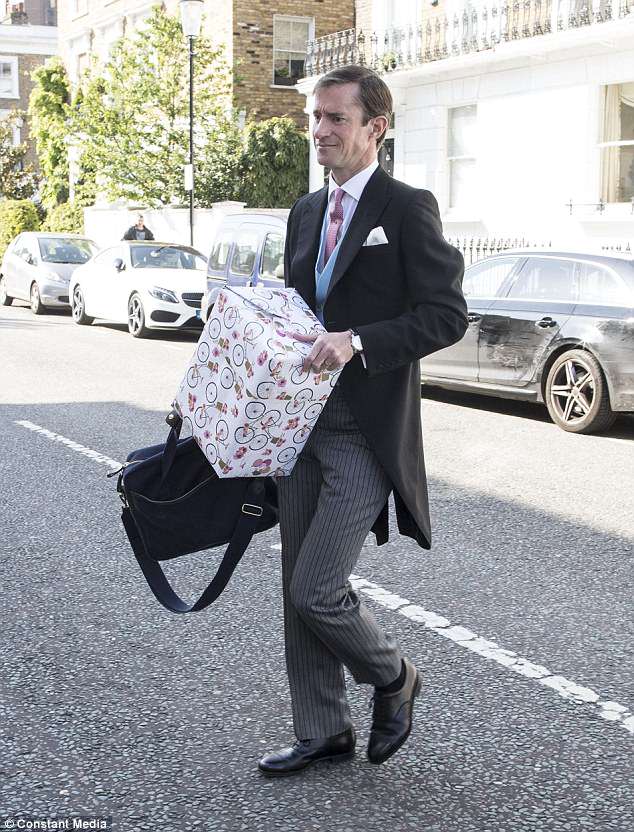 Husband James, who looked dapper in a morning suit, carried a large gift wrapped box – no doubt containing a gift for the happy couple

Pippa became friendly with Prince Harry during preparations for her sister’s wedding to Prince William and the royal was invited to her own lavish nuptials in May 2017 – arguably the high society wedding of the year.

Harry attended the church service with his brother William and then made a 100 mile round trip to London to collect Meghan for the evening reception.

She beamed with happiness as she displayed her figure in a fitted guipure lace gown by the British couturier Giles Deacon, rumoured to have cost £40,000. 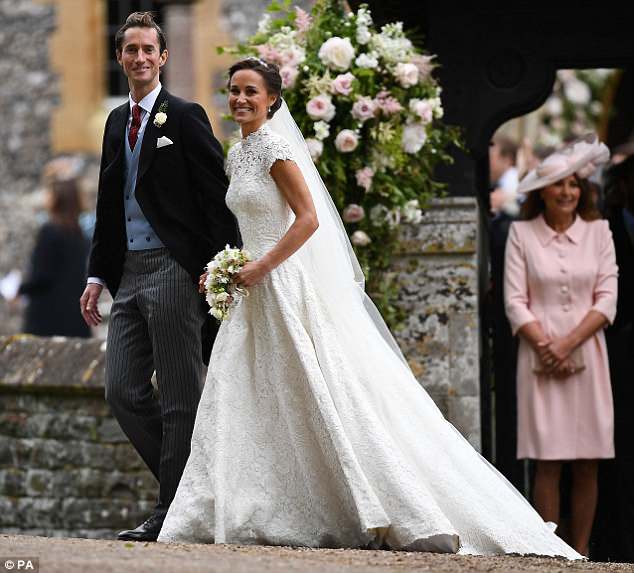 Pippa Middleton and her husband James, pictured on their wedding last year, will celebrate their first anniversary tomorrow

The couple hired a huge £100,000 glass marquee, shipped from Belgium and set up in the Middletons’ garden, to host their wedding breakfast and evening festivities. They drove in a green Jaguar E-Type from the Englefield Estate to the Middleton mansion.

The couple went on a £120,000 honeymoon which took them to Australia and French Polynesia.

Pippa’s wedding was attended by actress and TV presenter Donna Air with her boyfriend, Pippa’s brother James, while tennis superstar Roger Federer topped the guestlist with his wife Mirka.

Sporty Pippa is said to be preparing to give birth ‘like an athlete’ with a bespoke programme from her exclusive Chelsea gym.

The expectant mother was spotted walking away from the £8,000-a-year KX gym last month carrying a folder believed to be full of dietary and exercise advice, two days before new of her pregnancy broke. 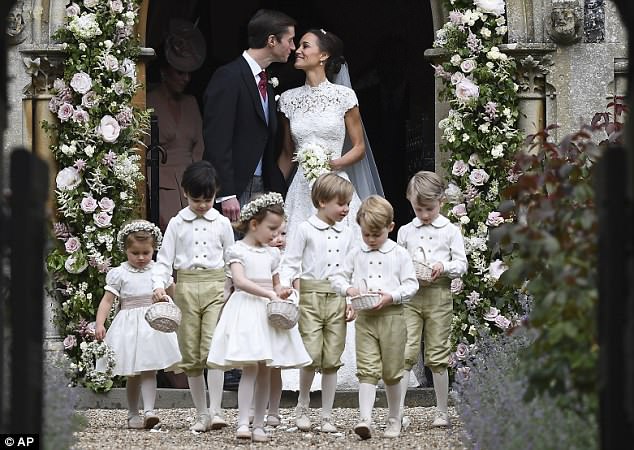 The happy couple married in a lavish ceremony at St Mark’s Church in Berkshire last year, with Prince George and Princess Charlotte among the bridesmaids and pageboys

Kate was reportedly the first to be told of Pippa’s pregnancy after James Matthews, and ‘could not have been more delighted’ it has been reported.

The happy news of Pippa’s pregnancy emerged after a difficult few weeks for the family following allegations of rape against her father-in-law David Matthews. He strenuously denies them, calling the claims ‘untrue and scandalous’.

The 74-year-old allegedly carried out two offences between 1998 and 1999, one in Paris and another on the Caribbean island of St Barts.