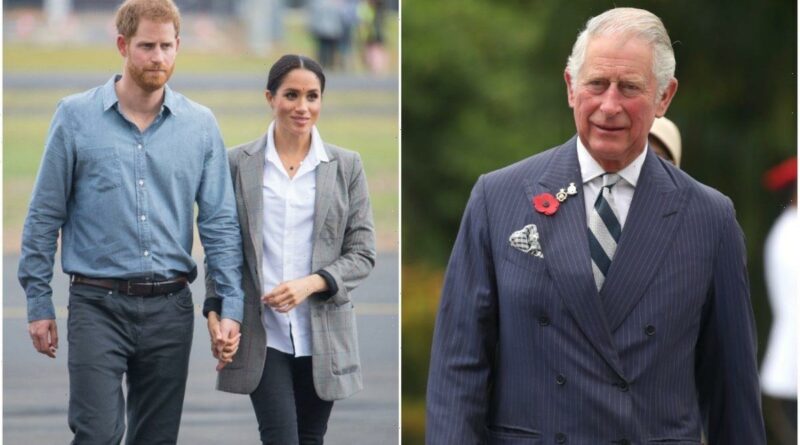 Earlier this year, Meghan Markle and Prince Harry shocked the world when they accused a royal of making comments about the skin color of their son, Archie. The couple did not name the royal, but onlookers have been speculating on their identity.

Recently, an author claims Harry’s father, Prince Charles, asked about their children’s skin color. However, this author also later alleged that Charles did this “fondly,” but it was misconstrued by the time Harry heard about it.

Author Christopher Andersen recently released the book Brothers And Wives: Inside The Private Lives of William, Kate, Harry and Meghan. In it, he alleged that, according to a source, Charles talked about the Sussexes’ future children on Nov. 27, 2017—the same day Harry and Meghan announced their engagement.

“I wonder what the children will look like?” Charles asked his wife, Camilla Parker Bowles, per Page Six.

“I mean, what do you think their children’s complexion might be?” Charles asked, lowering his voice.”

It is not clear how the conversation continued, but a spokesperson for Charles called this claim “fiction” and “not worth further comment.”

This part of Andersen’s book has stirred up headlines, and the author recently gave more information about what reportedly went down. In an interview with Us Weekly, Andersen alleged that Charles did not ask out of malice.

“What he did was casually turn to her like any grandparent to be would do and say, ‘I wonder what their children will look like, hair color, eye, color, complexion,’” Andersen said. “He did it fondly, but the problem is it was taken misconstrued, contorted over a period of time by the bureaucrats and the palace — the people who [Princess] Diana used to call the men in gray — and they really weaponized that and turned it into something that was quite nasty by the time it reached Harry’s ear.”

Andersen also said that Harry confronted Charles about it. However, Charles and Prince William told Harry he was “oversensitive” and “overreacting.”

Harry and Meghan are estranged from Charles and many other royals. According to royal author Robert Lacey, this could also be due to Charles’ plan for a slimmed-down monarchy in the future.

“In pursuing his own cause of the slimmed-down monarchy, Prince Charles had been making noises about limiting the number of HRHs created by George V’s 1917 convention still further, thus cutting out Archie from his future prince-ship — and Meghan took that personally,” Lacey wrote (via Express).

During the infamous interview with Oprah Winfrey in which Meghan accused a royal of racism, the duchess also alluded to the issue of Archie not getting a prince title being tied to his skin color.