Prince Charles looked to be in very high spirits as he continued his tour of Wales today.

The Prince of Wales, 69, was seen chuckling away as he admired the bread-making at Tretower Court and Castle, near Crickhowell.

During the visit, he met historical actors working at the medieval manor house, while making sure to take in the surroundings.

Charles began the day at the Ysbyty Aneurin Bevan hospital in Ebbw Vale, to mark the 70th anniversary of the NHS. 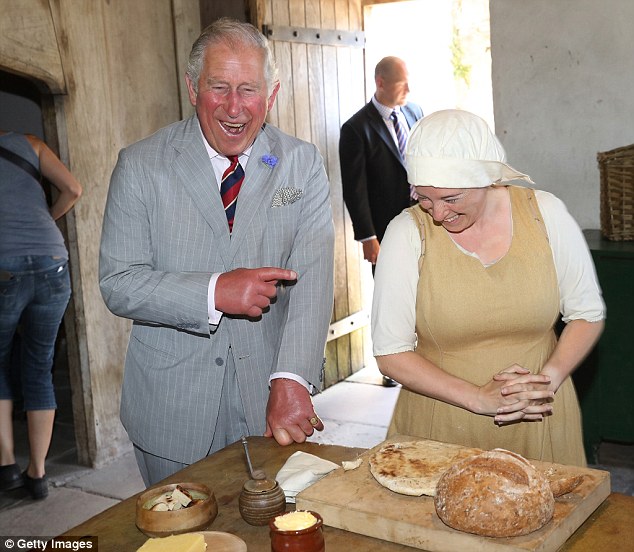 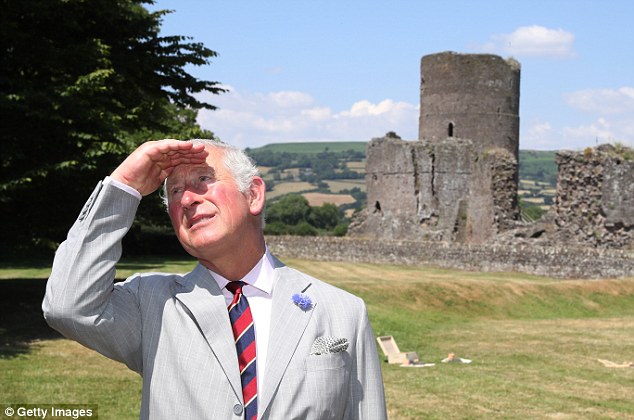 The Prince of Wales, 69, was seen admiring his surroundings as he visited Tretower Court and Castle, near Crickhowell 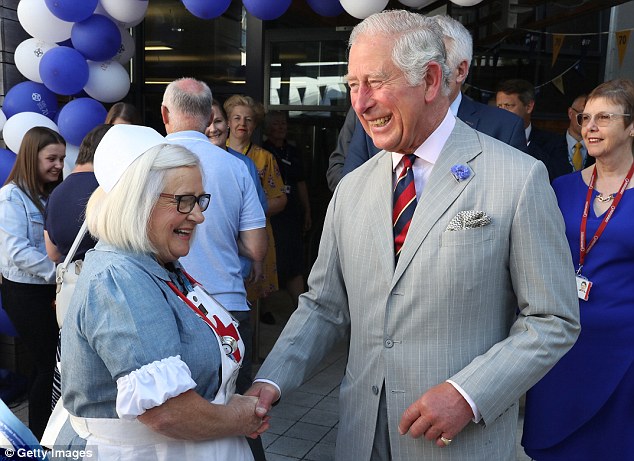 Earlier in the day, Charles visited the Ysbyty Aneurin Bevan hospital in Ebbw Vale, to mark the 70th anniversary of the NHS 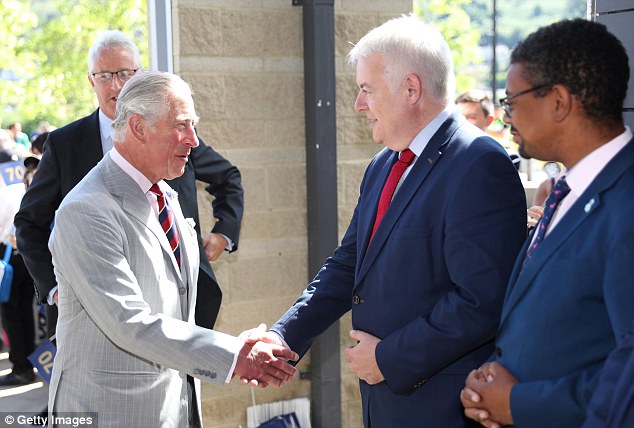 The royal was greeted by Carwyn Jones, the First Minister of Wales, as he arrived at the hospital today

He again looked to be in a cheerful mood as he met with doctors and nurses at a garden party celebrating the history of the health service.

The royal was accompanied by Carwyn Jones, the First Minister of Wales, on his tour of the hospital today.

Charles and the Duchess of Cornwall are currently enjoying a five-day trip in Wales, which began on Monday.

The Prince of Wales has another busy day of engagements today, visiting the restored former Corn Exchange in the market town of Crickhowell this afternoon. 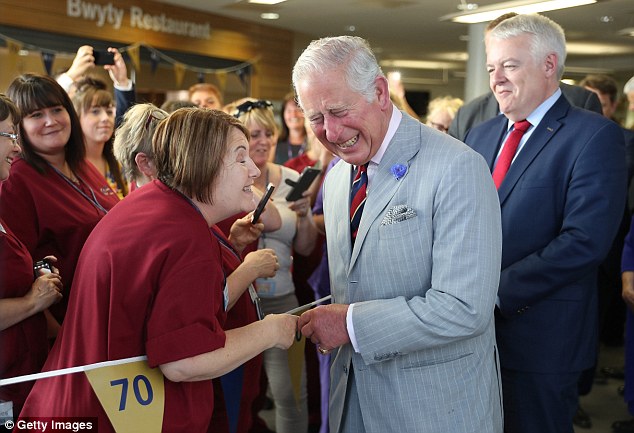 Charles appeared to be in a cheerful mood, sharing a joke with hospital staff during his visit 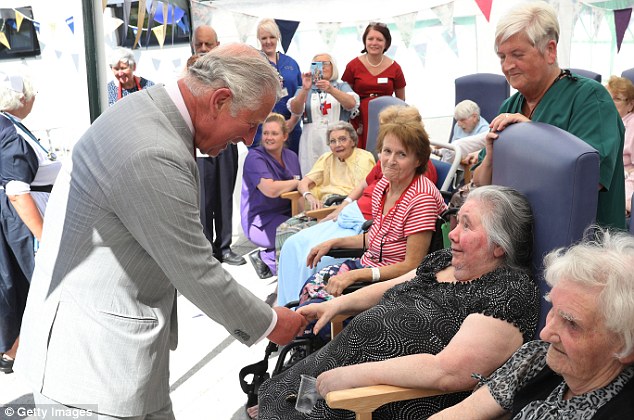 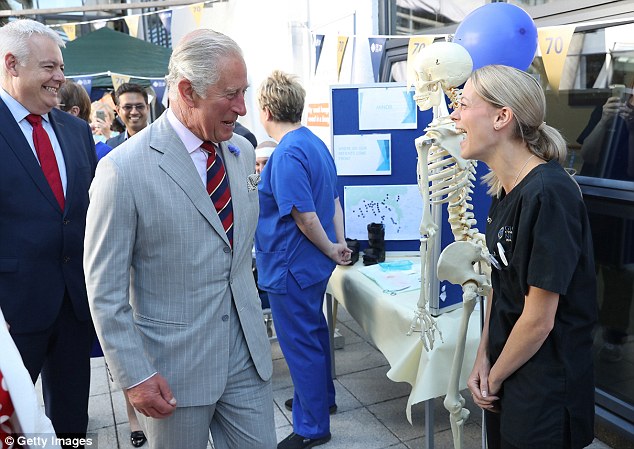 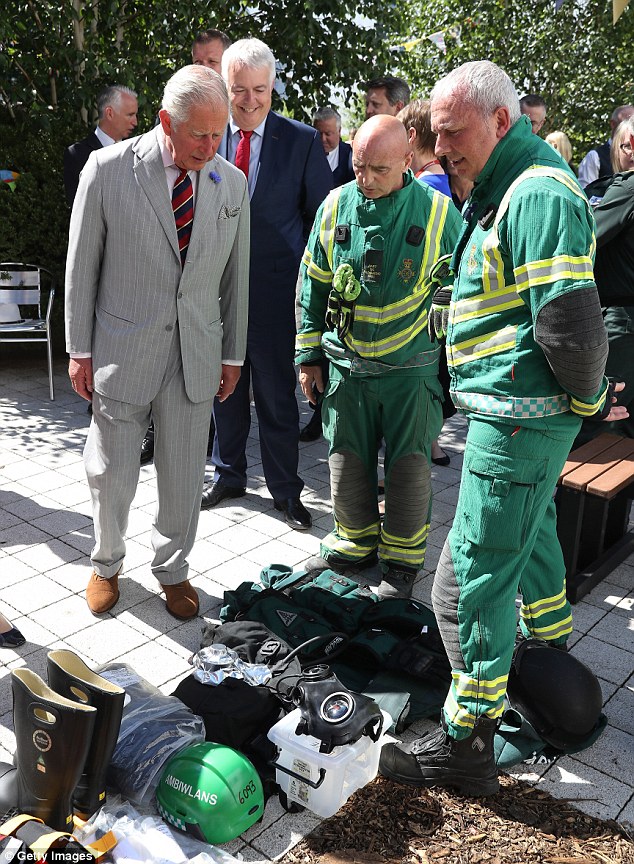 He is also set to tour the recently completed Landmark Trust House in Llwyn Celyn later in the day.

On Monday, Charles and Camilla kick-started their trip to Wales by visiting the Second Severn Crossing, which is set to be re-named the Prince of Wales Bridge.

This was followed by a visit to th evillage of Llangwm on Tuesday, and a trip to the Llandovery Railway Station in Carmarthenshire yesterday.

Last night, the Prince of Wales attended a thanksgiving service marking the 70th anniversary of the NHS at Llandaff Cathedral. 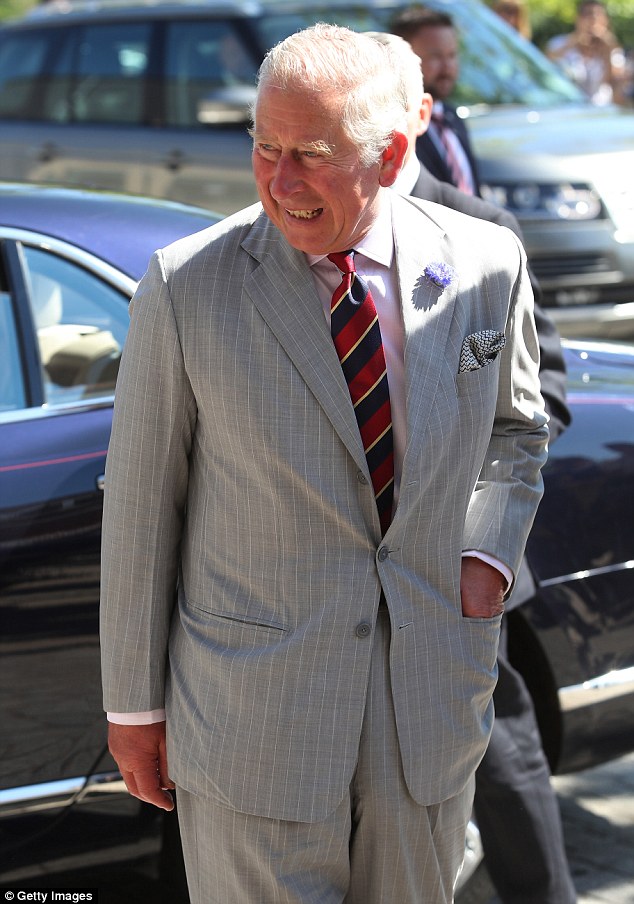 Charles looked to be enjoying his whistle-stop tour of Wales, beaming as he arrived at the hospital this morning 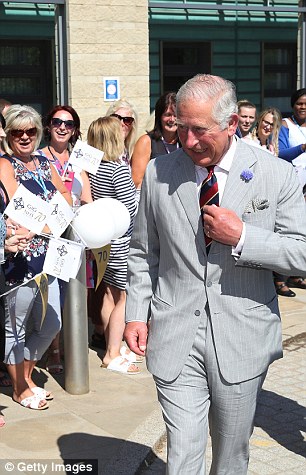 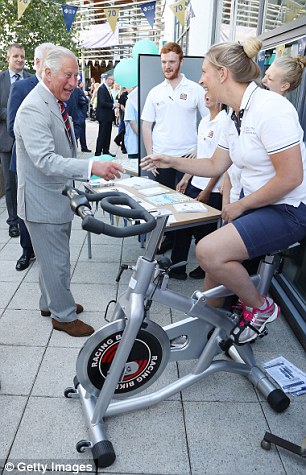 Charles was greeted by flag-waving members of staff as he arrived (left), before meeting hospital staff on exercise bikes

Charles’ appearance today comes after he and Camilla appeared on a special episode of MasterChef in Australia, which was filmed during their visit earlier this year.

On the programme, Camilla revealed that her grandchildren are ‘addicted to ketchup’, adding that she keeps hers in the fridge.

When asked what the essential ingredients she can’t live without are, she said that olive oil was at the top of the list, along with tomatoes.

The Duchess is not accompanying Charles on his engagements today. 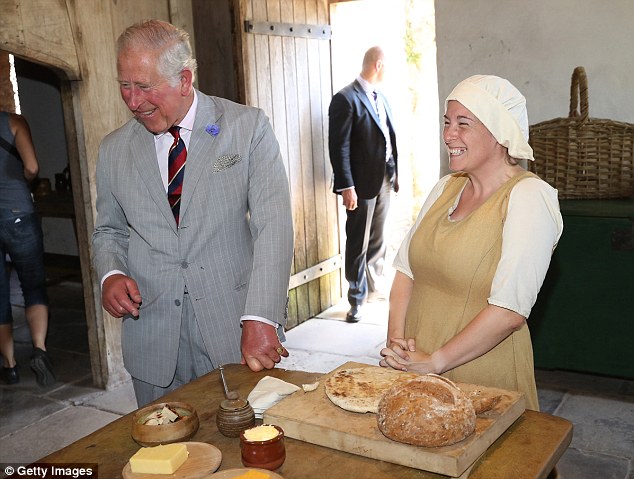 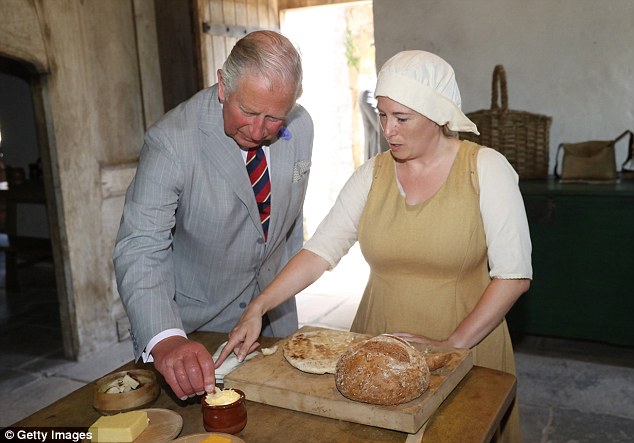 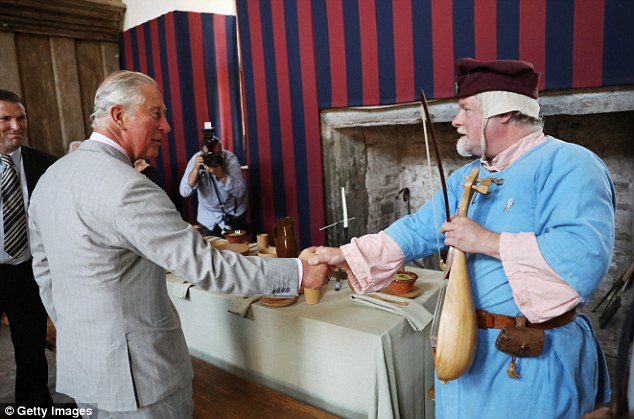 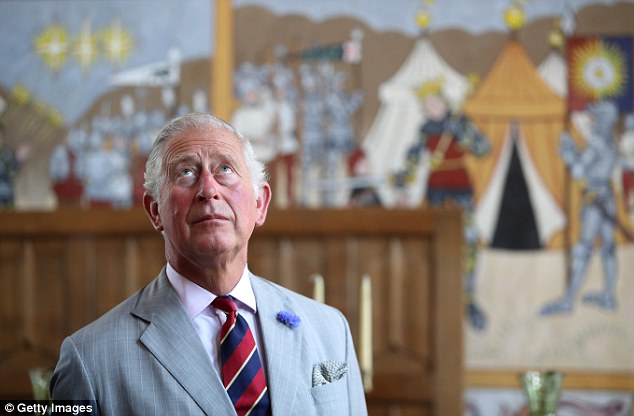 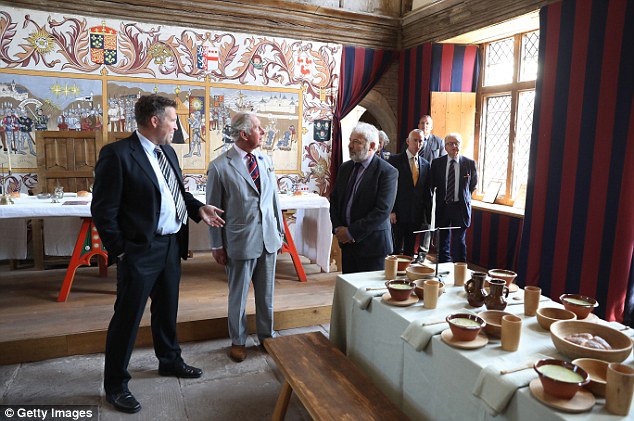