Families around the world are celebrating Father’s Day today, and the British royals are no exception.

Prince Edward, 54, marked the occasion by heading out for a horse ride with his daughter Lady Louise Windsor, 14.

The father and daughter were seen galloping through the grounds near Windsor Castle this morning.

Prince Edward has come under fire this week over his use of helicopters and private jets to make short jaunts around the UK at taxpayers’ expense. 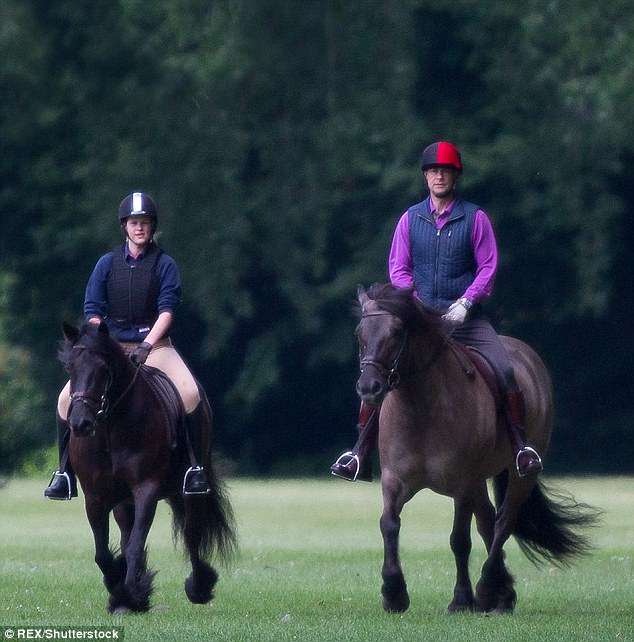 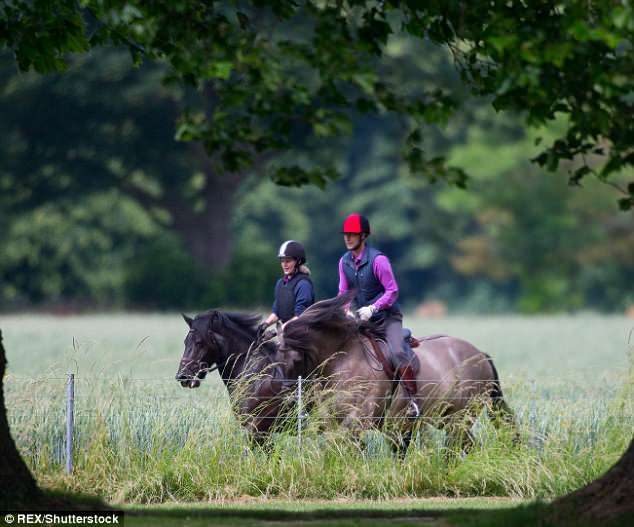 Shared passion: The father and daughter both enjoy heading out on their horses in Windsor

But any troubles appeared far from his mind as he enjoyed some quality time with Lady Louise.

The teenager is already an accomplished horsewoman and has previously competed at the Royal Windsor Horse Show.

She demonstrated her considerable skill as she joined her father for the ride this morning.

Her grandfather Prince Philip, 97, was spotted carriage driving through the same park yesterday.

Prince Edward is married to Sophie the Countess of Wessex, 53. The couple also have a 10-year-old son, James, Viscount Severn. 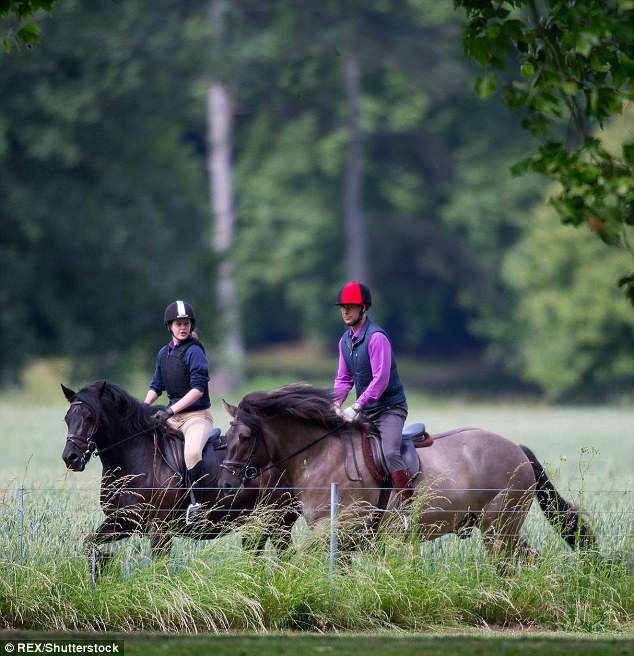 Picking up speed: Both looked perfectly relaxed as they galloped through a field 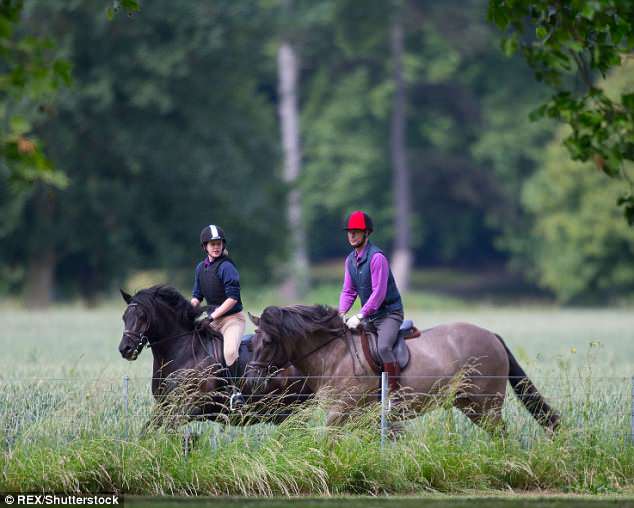 Poised: Lady Louise, an accomplished horsewoman, looked perfectly at ease in the saddle

Today the Mail On Sunday revealed Prince Edward has cost taxpayers £3,000 by climbing aboard the Royal helicopter to make the 67-mile journey home after a morning spent playing real tennis.

He opted to take a 40-minute trip on the Agusta A109S Grand to Bagshot Park in Surrey following his match in Dorset, instead of making an 80-minute drive along the M3 and M27.

It came the day after he was dubbed ‘Air Miles Eddie’ by critics for spending an estimated £10,000 of public money getting to Dorset in the first place. 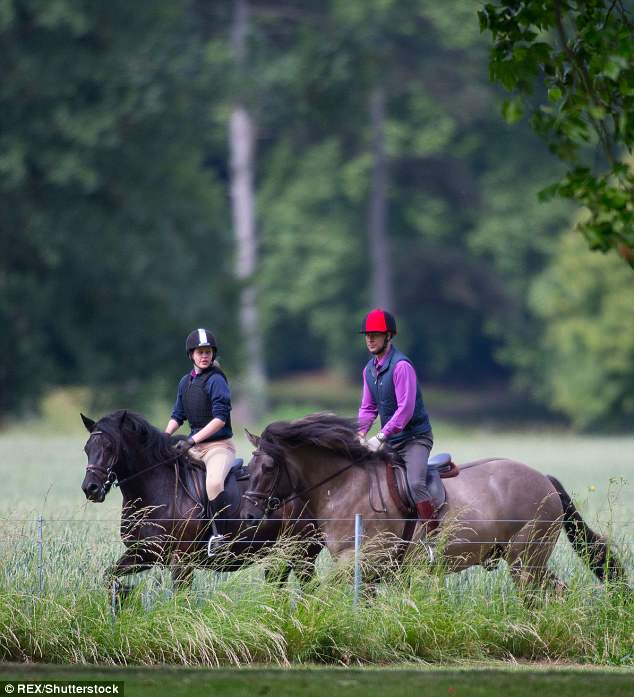 Splash of colour: Edward, 54, wore a vibrant purple top and red and black hat for the ride 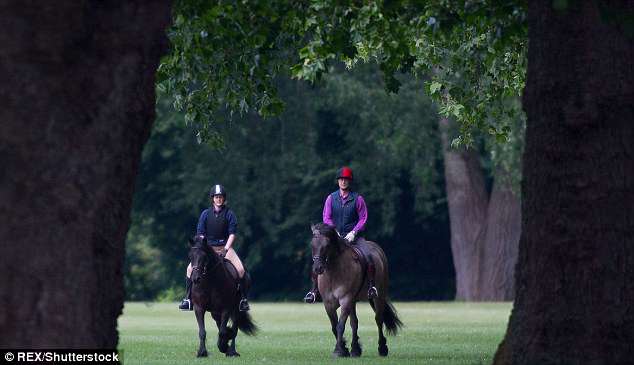 Fresh air: The father-of-two spent time with his teenage daughter on Father’s Day

On Tuesday, he was driven to an airport near his home to take a Cessna 560XL jet to Birmingham airport.

He was then driven to Tamworth, Staffordshire, for a service to mark the 1,100th anniversary of the death of Aethelflaed, Lady of Mercians, the daughter of Alfred the Great.

Later that day, Edward took the private jet for a 30-minute flight to Bournemouth before visiting a luxury yacht shipyard in Poole.

On Wednesday, he visited the Hyde Real Tennis Club at nearby Walditch before driving to Canford School at Wimborne. 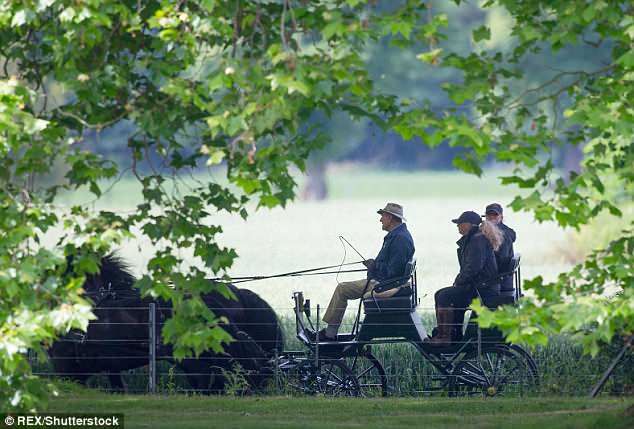 Family time: Prince Philip, 97, was spotted carriage driving in the park on Saturday

Following an overnight stay, he played real tennis with pupils before heading home in the helicopter at 1.20pm.

The trip was part of his charity quest to visit each of the world’s 47 real tennis courts this year.

The Queen’s Helicopter Flight is funded by the Sovereign Grant. Paid by the Government from taxpayers’ funds, the grant was £76 million last year.