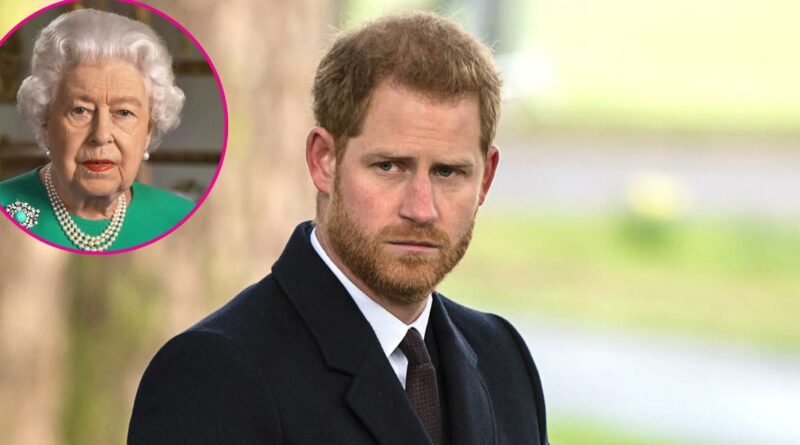 An emotional visit. Prince Harry touched down in London one day after the death of his grandmother Queen Elizabeth II.

The duke, 37, was spotted arriving at Heathrow Airport on Friday, September 9. Earlier that morning, Harry was seen leaving Balmoral Castle in Scotland and boarding a plane from Aberdeen International Airport. His father, King Charles III, departed from the same airport on Friday morning, returning to London to deliver his first official address as the new British monarch. 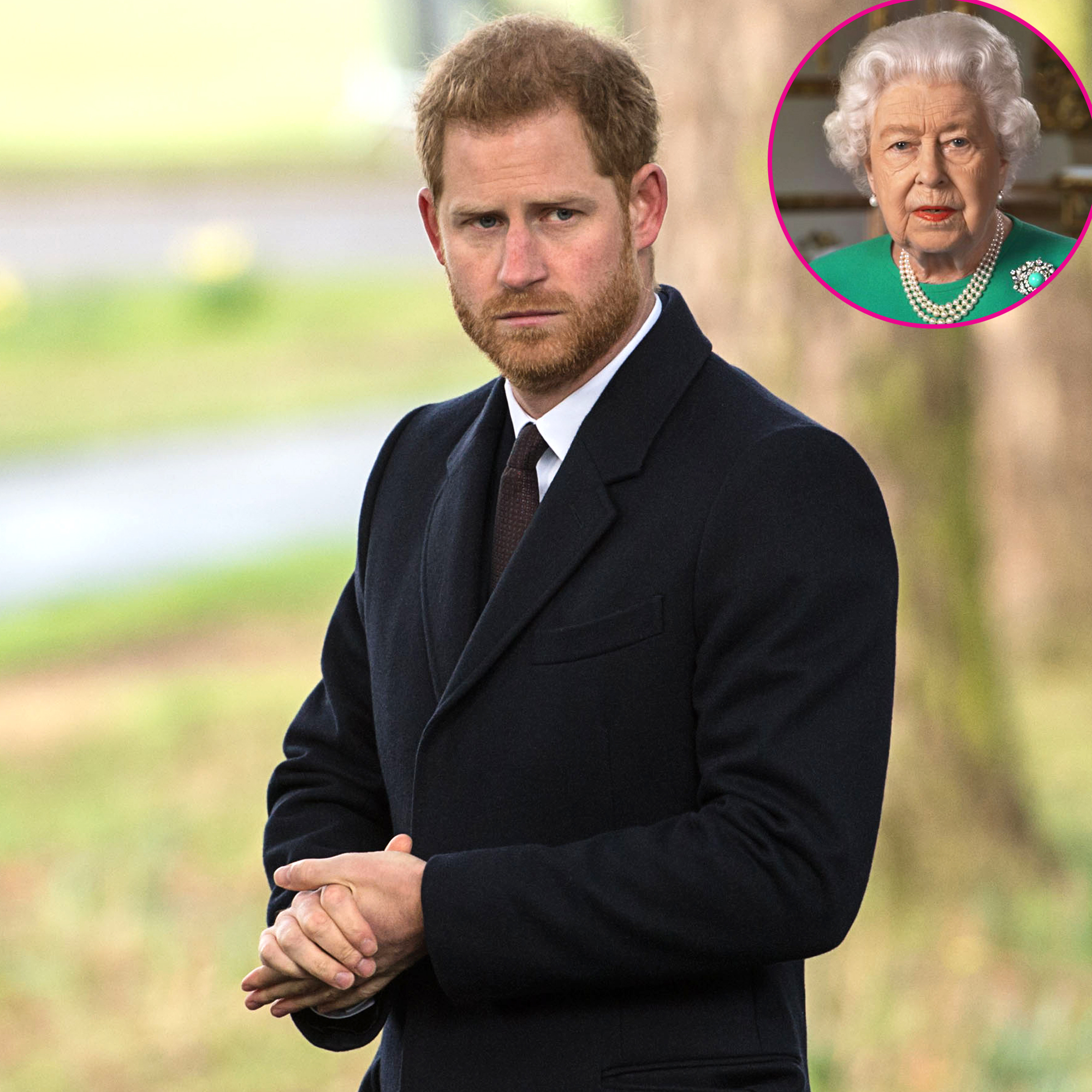 Buckingham Palace announced on Thursday, September 8, that Elizabeth died at age 96 after doctors grew concerned over her health and placed her under medical supervision at her Scottish estate. Charles, 73, rushed to his mother’s side as Queen Consort Camilla canceled a planned interview with Today’s Jenna Bush Hager just hours before Elizabeth passed away. Prince William was also seen driving to Balmoral, but Harry reportedly arrived shortly after the queen’s death was confirmed.

Meghan Markle did not accompany her husband on his trip to Scotland, but the pair honored Elizabeth through their Archewell foundation website on Thursday. “In Loving Memory of her Majesty Queen Elizabeth II,” the brief message read alongside the dates 1926 to 2022.

Harry and the Suits alum, 41, tied the knot in May 2018 and share son Archie, 3, and daughter Lilibet, 15 months. When their baby girl arrived in June 2021, the couple revealed the sweet inspiration behind her name.

“Lili is named after her great-grandmother, Her Majesty The Queen, whose family nickname is Lilibet,” a statement on the Archewell website read.

The little one’s middle name is Diana after Harry’s late mother, Princess Diana, which was “always” part of the former military pilot’s plan if he welcomed a daughter, a source exclusively told Us Weekly. Meghan and Harry, who stepped down from their senior royal roles in 2020, chose Lilibet’s name with the queen’s blessing. 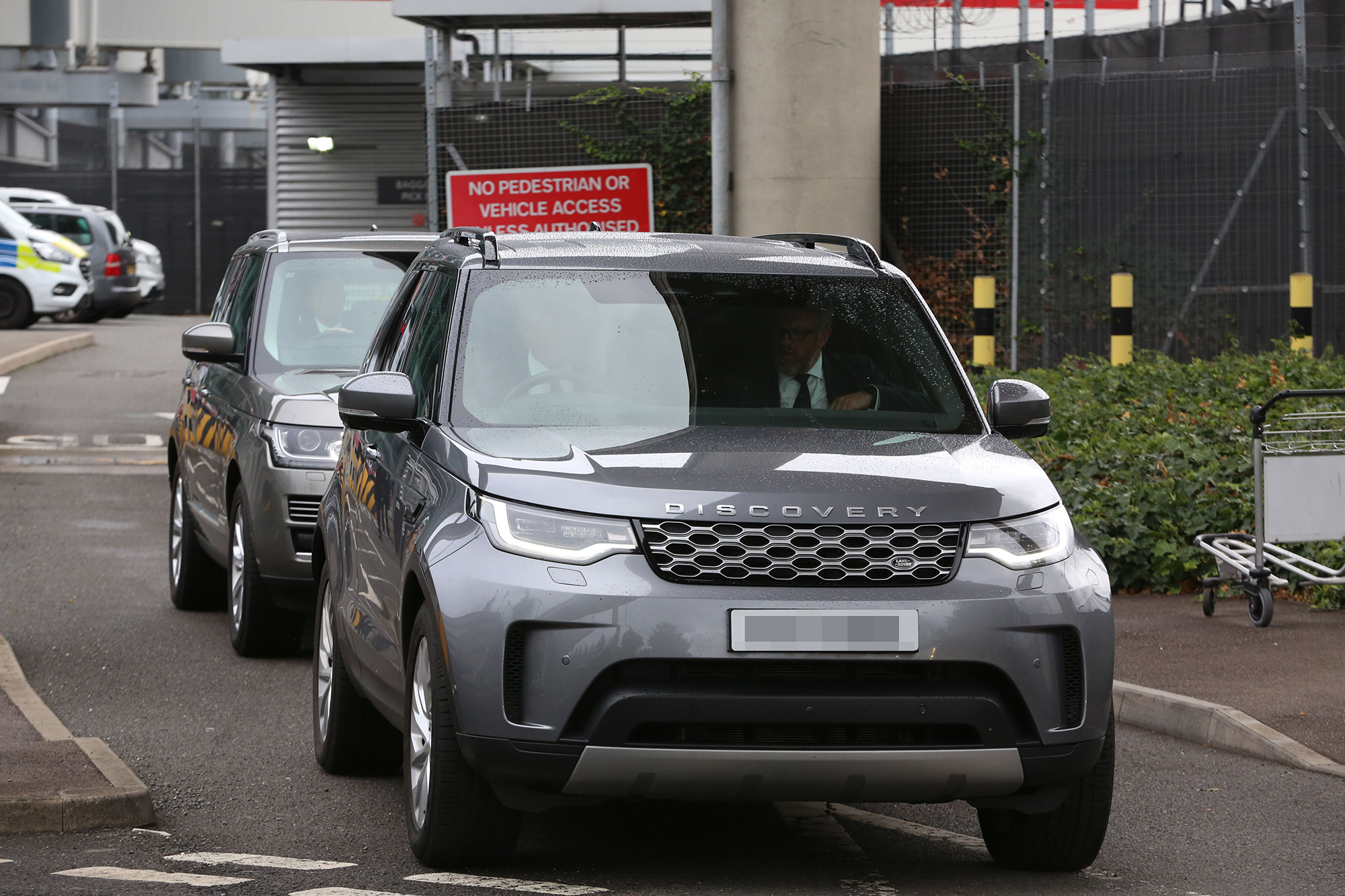 “They had a shortlist with a few other options, but this was always their favorite,” the insider explained. “It was important for them that the queen signed off though and that didn’t happen until right before the birth. They both agreed it would only be right if Her Majesty gave her approval, especially with something so personal. … He and Meghan both love Lili.”

Earlier this year, the family of four traveled back to the U.K. for Elizabeth’s Platinum Jubilee celebrations in June. Two months prior, Harry and the Bench author paid a private visit to the monarch at Windsor Castle on their way to the Invictus Games in the Netherlands.

Everything Meghan Markle Said About Her Relationship With the Queen

“Being with her, it was great,” the prince gushed of his grandmother during a Today show interview in April. “It was just so nice to see her. She’s [in] great form. … Both Meghan and I had tea with her. It was really nice to catch up with her.”

While the duo’s royal exit caused tension within the palace, both Harry and Meghan have discussed their close bond with the queen. During their CBS tell-all in March 2021, the former actress asserted that Elizabeth had “always been wonderful” toward her.

“We had one of our first joint engagements together. She asked me to join her, and I went on the train,” she recalled. “And we had breakfast together that morning and she gave me a beautiful gift and I just really loved being in her company.”