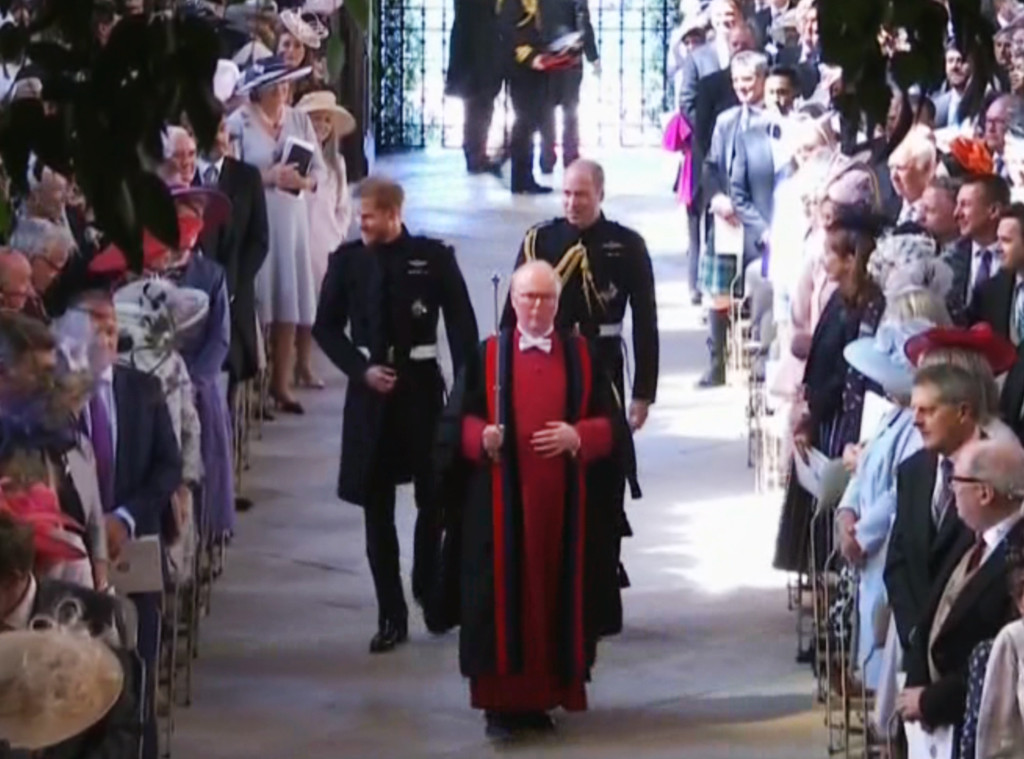 Based on British tradition, it is an honor for a groom to demonstrate his alliance to the armed forces during his nuptials by wearing his formal uniform. Prince Harry, who rose to become a Captain of the Army during his ten-year service, arrived at St. George’s Chapel at Windsor Castle wearing a black tunic with a white belt, a red-accented hat, black and red pants and white gloves, signaling the Major rank. On the left side, he accessorized for four medal ribbons in honor of K.C.V.O., Afghanistan with rosette, The Queen’s Golden Jubilee and The Queen’s Diamond Jubilee.

Prince William arrived by his side, wearing the same uniform. However, the heir to the throne added gold chained tassels.

Both of the brothers removed their hats upon entrance to the chapel. 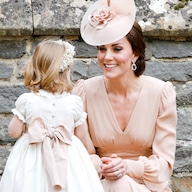 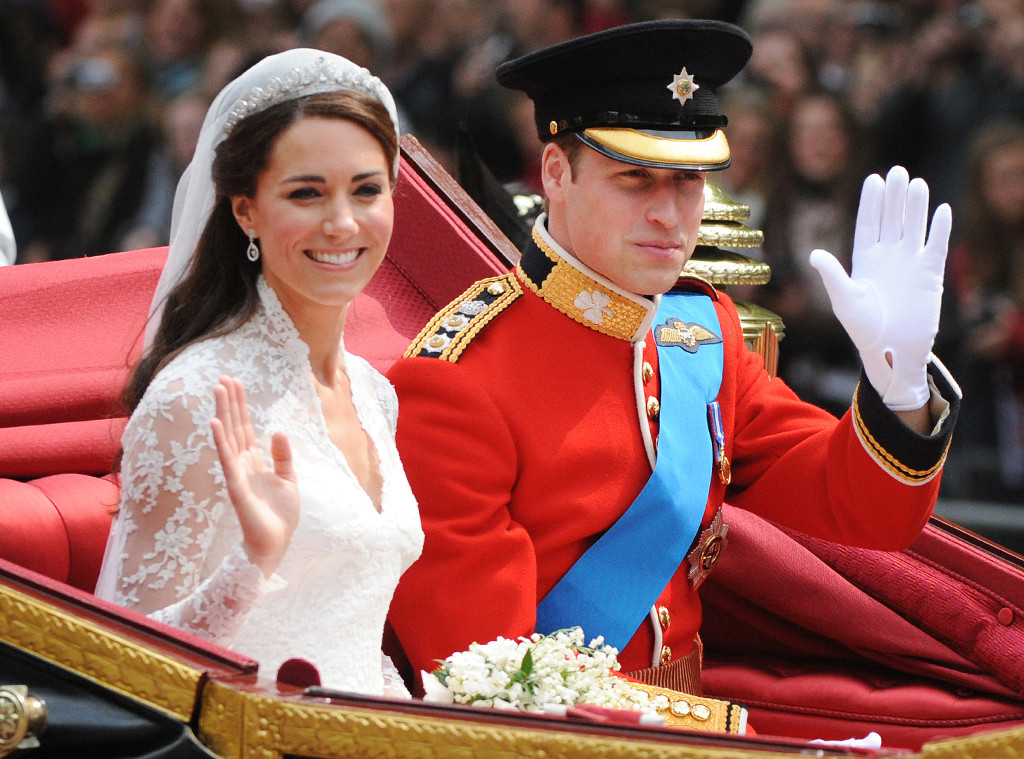 While Prince William has different titles in the armed forces than his brother, he followed the same tradition for his wedding to Kate Middleton, the now Duchess of Cambridge.

In late April, the heir to the throne appeared at Westminster Abbey, wearing a red tunic of his Colonel of the Irish Guards uniform with black pants that featured red stripes along the leg. Across his chest, he wore a blue sash, referred to as the Order of the Garter.

RELATED ARTICLE: Dos and Don’ts of British Wedding Style, as Seen on Royals